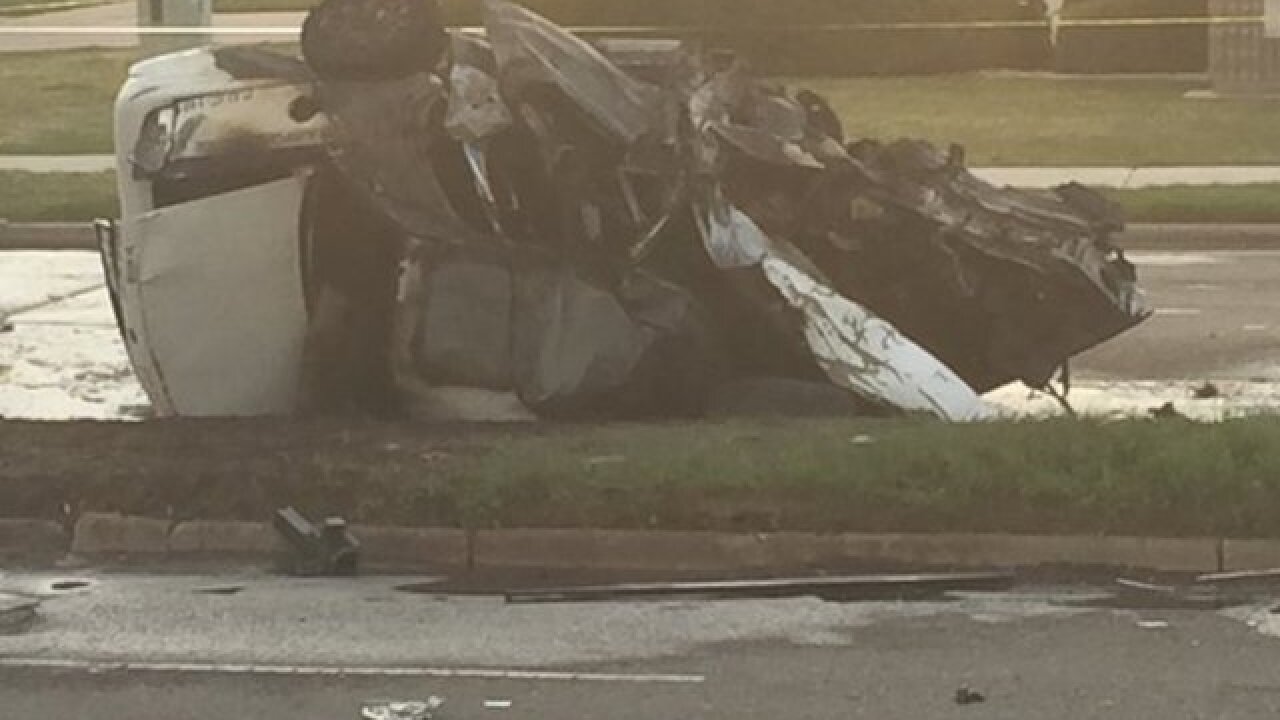 The driver who died in a crash with a taxi cab that was going the wrong way on South Monaco Parkway has been identified as a 71-year-old man from Denver.

"There was a metro cab that was traveling northbound in the southbound lanes of traffic," said Denver Police Department Technician Tyrone Campbell.

The cab driver, Abdurazaq Bilal, 27, collided with a silver Hyundai and then rolled.

"The Metro Cab actually rolled over, caught fire. We have a passerby who actually extracted the driver of that cab," Campbell said.

Bilal had been driving for Metro Taxi Denver since September 2015, according to a statement sent to Denver7 by the taxi company.

There were no passengers in either car, according to police.

Investigators were looking into whether speed and alcohol played a role.

It appeared Bilal may have crashed into some mailboxes and lost a bumper about a mile and a half from the collision with the Hyundai.