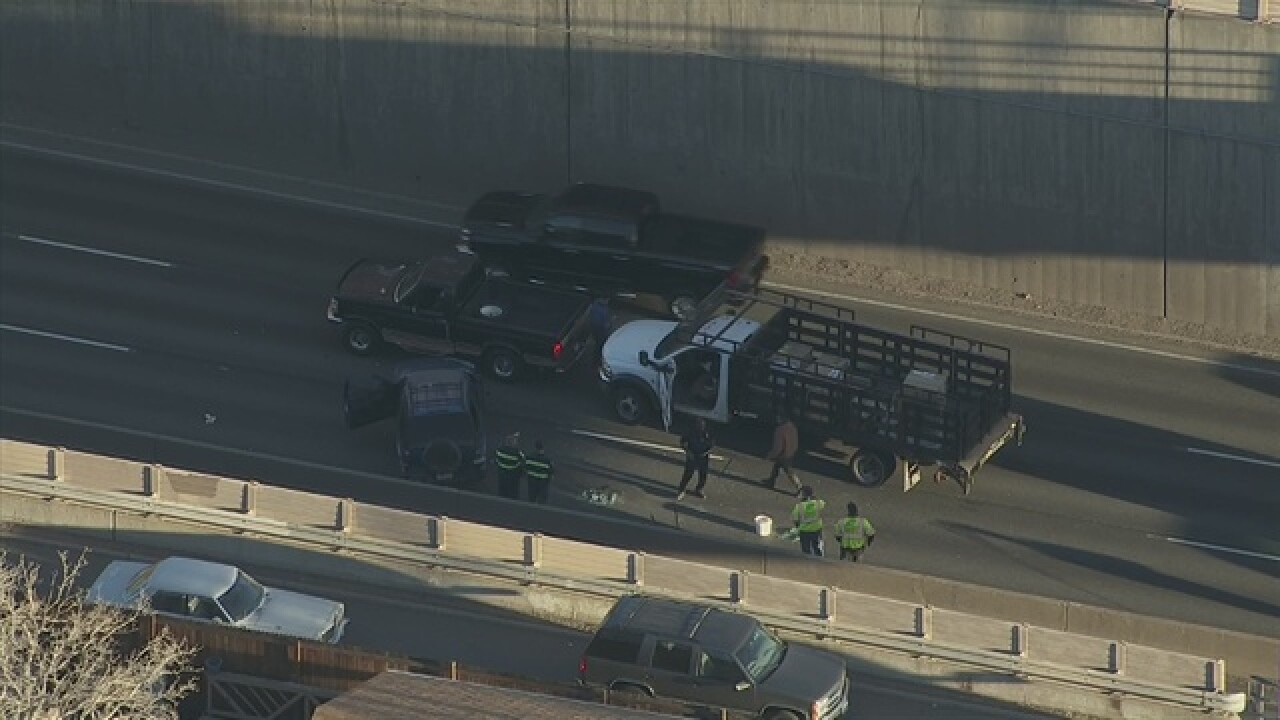 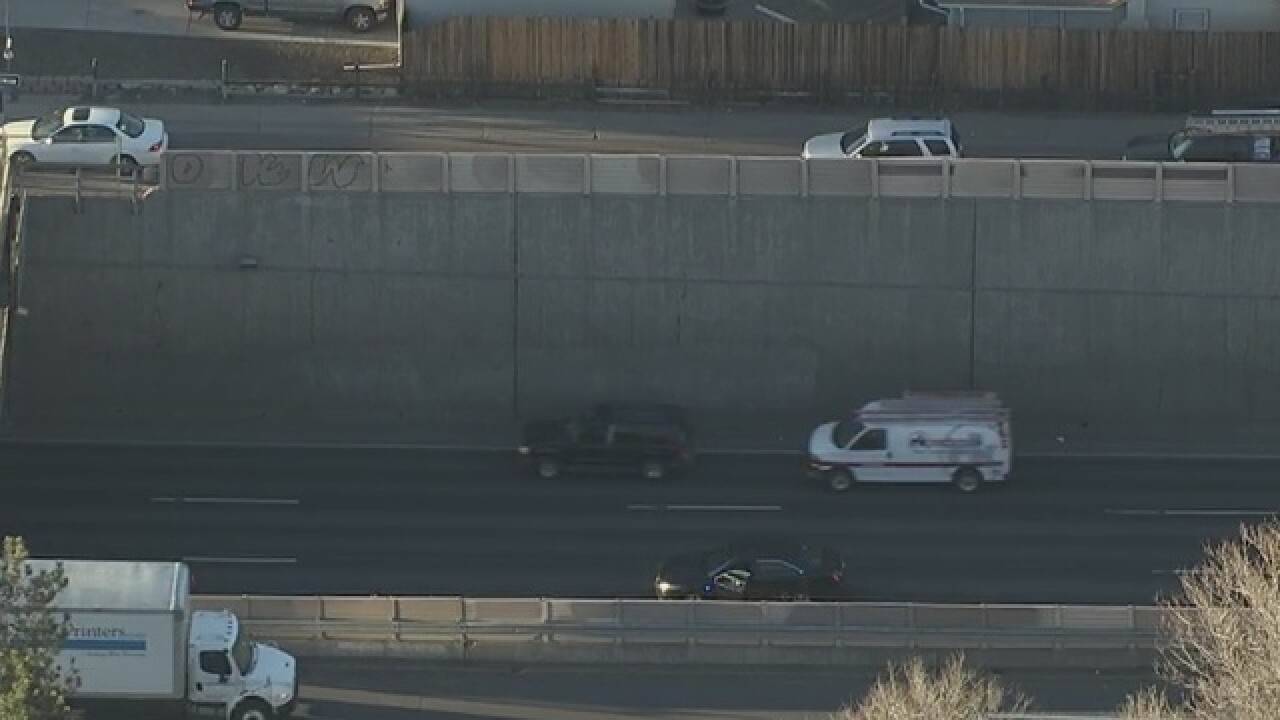 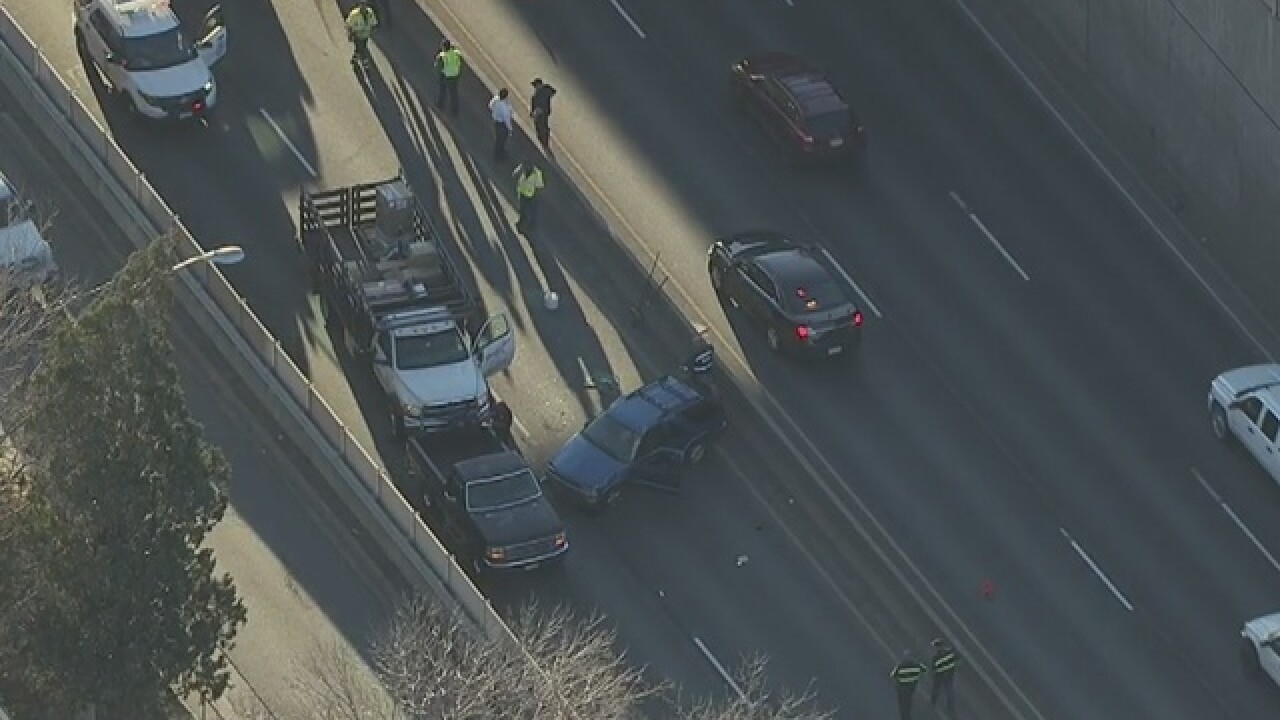 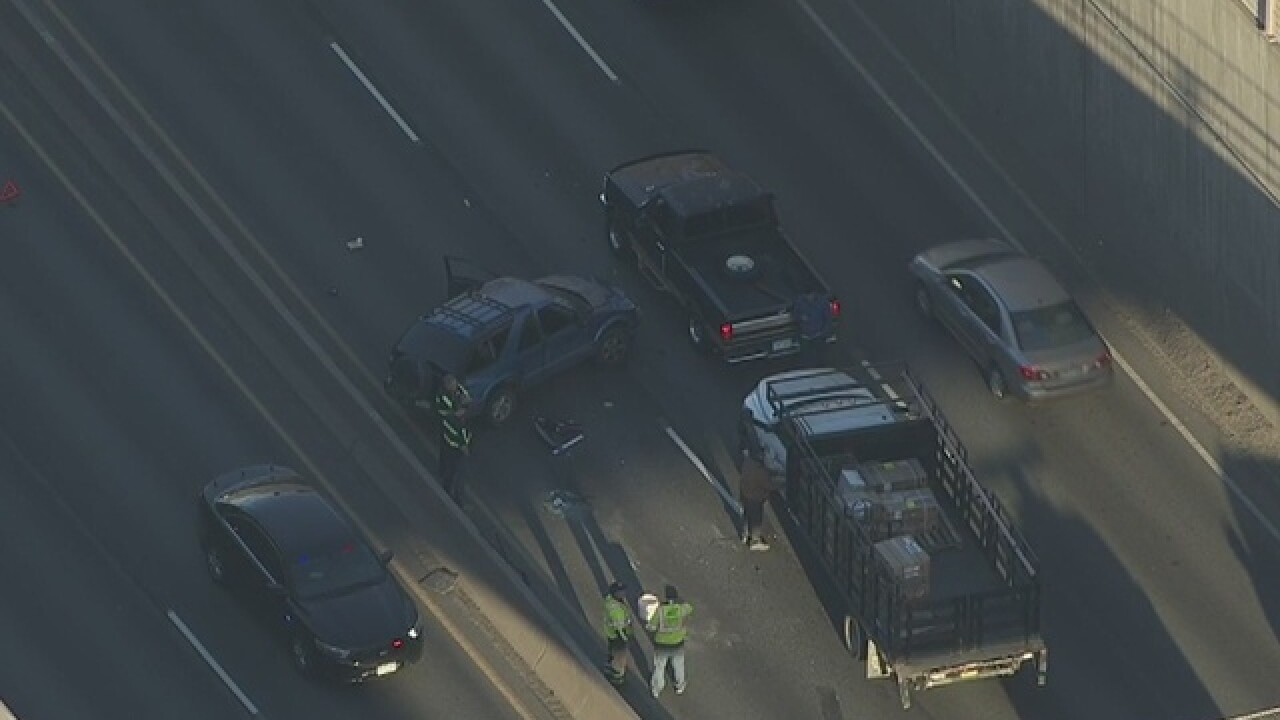 A driver hit a police officer on westbound 6th Avenue and took off.

The officer was approaching a rollover crash on westbound 6th Avenue near Perry Street.

The Denver Police Department said the rollover and the crash involving the officer were two separate incidents.

This is the leftover from the hit and run crash on WB 6th at Perry. pic.twitter.com/UCXblqV22u

There is no information about the driver who hit the officer and took off.

Two westbound lanes were blocked at about 6:50 a.m.

#TRAFFIC ALERT As a result of the accident on 6th Ave, lanes 1 & 2 of Westbound 6th Ave are closed between Perry Street and Sheridan.