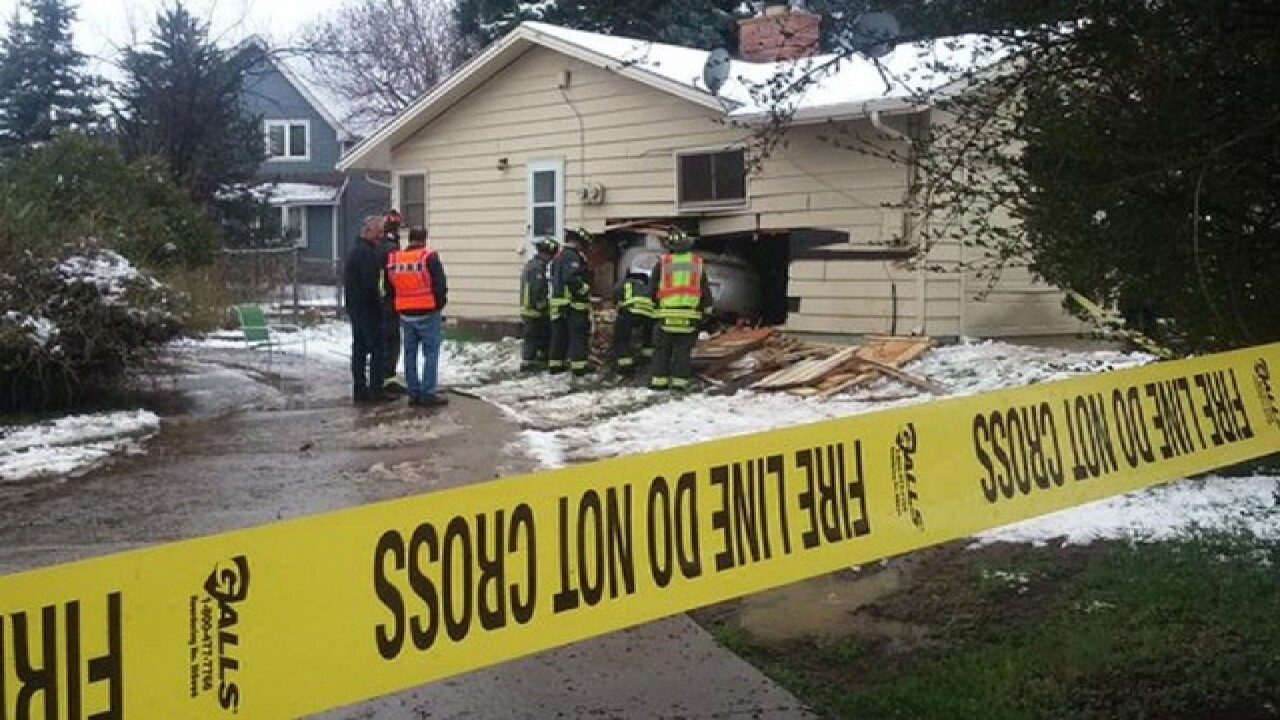 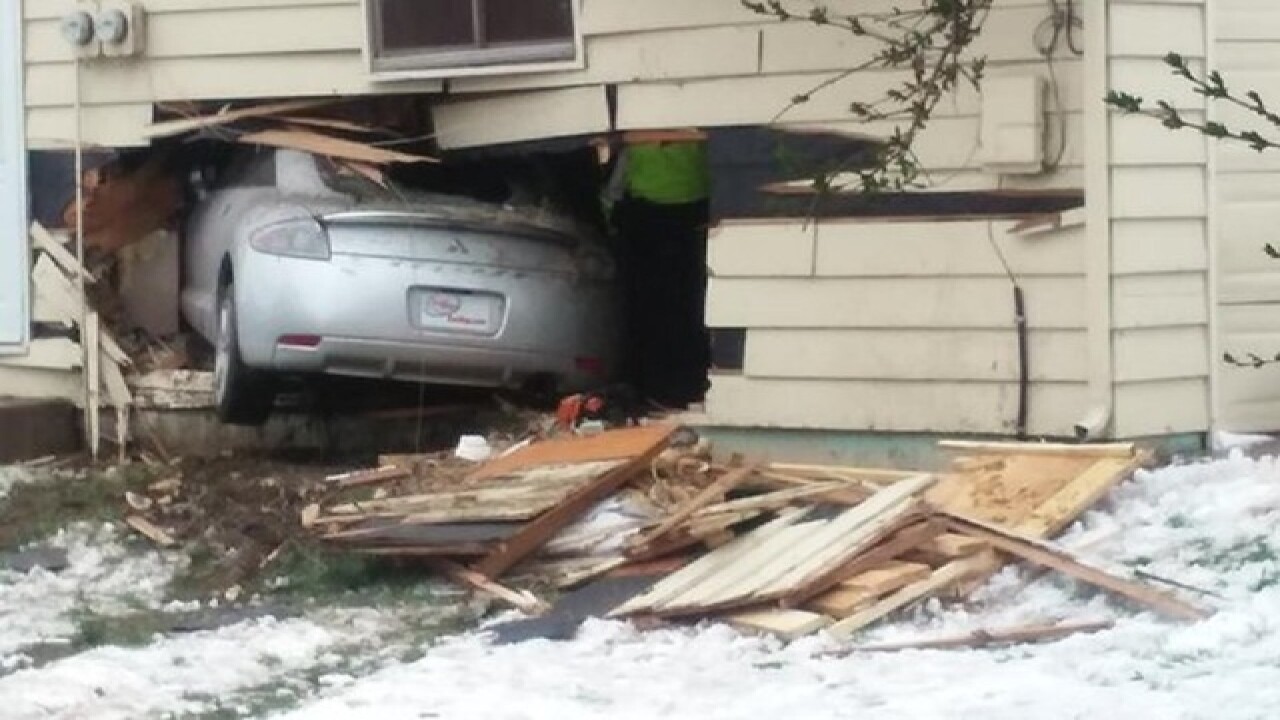 Officials say a 32-year-old is facing charges after a car plowed into a Fort Collins home on Sunday morning.
Sgt. Matt Johnson with Fort Collins Police said the vehicle was traveling westbound on East Prospect Road, when it traveled through a yard and impacted the side of a 700 block home.
Three people were inside the residence when the incident occurred, none of whom were injured, officials said.

The 32yo driver involved in the car v house crash has been summonsed for Reckless Driving, DUID, and Possession of Drug Paraphernalia.

The driver -- who was transported to the hospital with non-life threatening injuries -- has reportedly been summonsed for Reckless Driving, DUID, and Possession of Drug Paraphernalia.
Scripps Only Content 2016