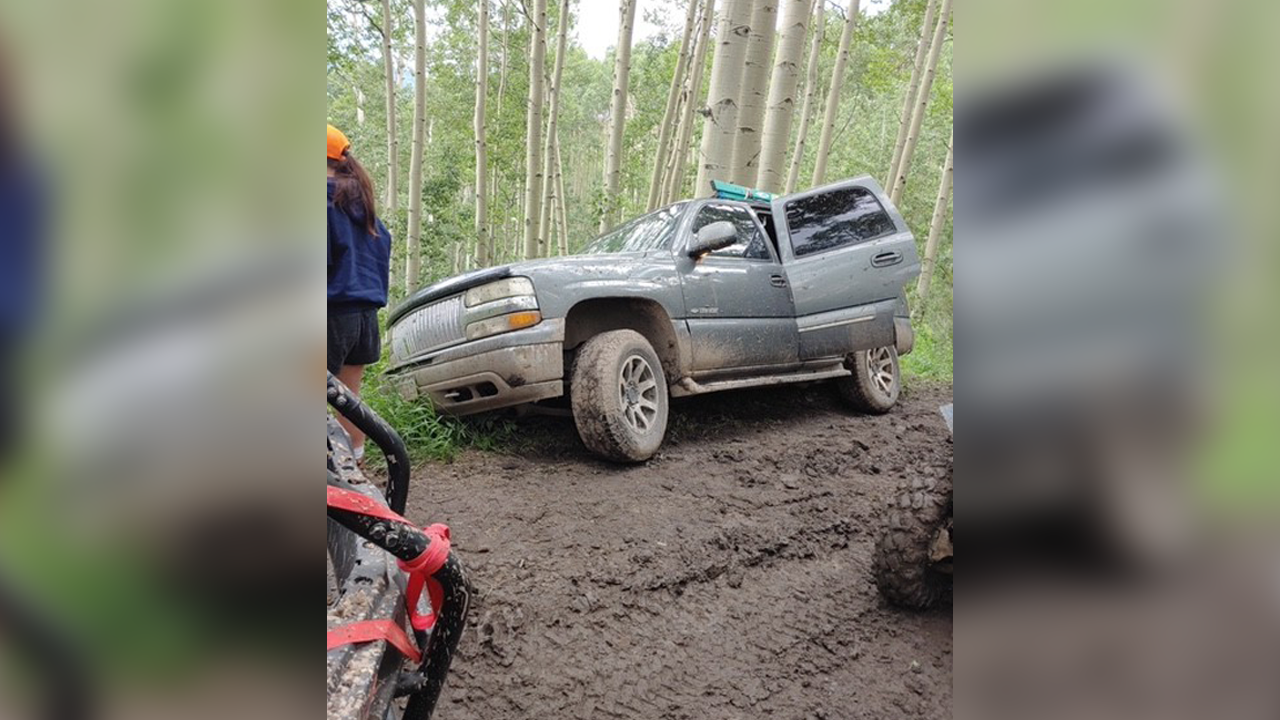 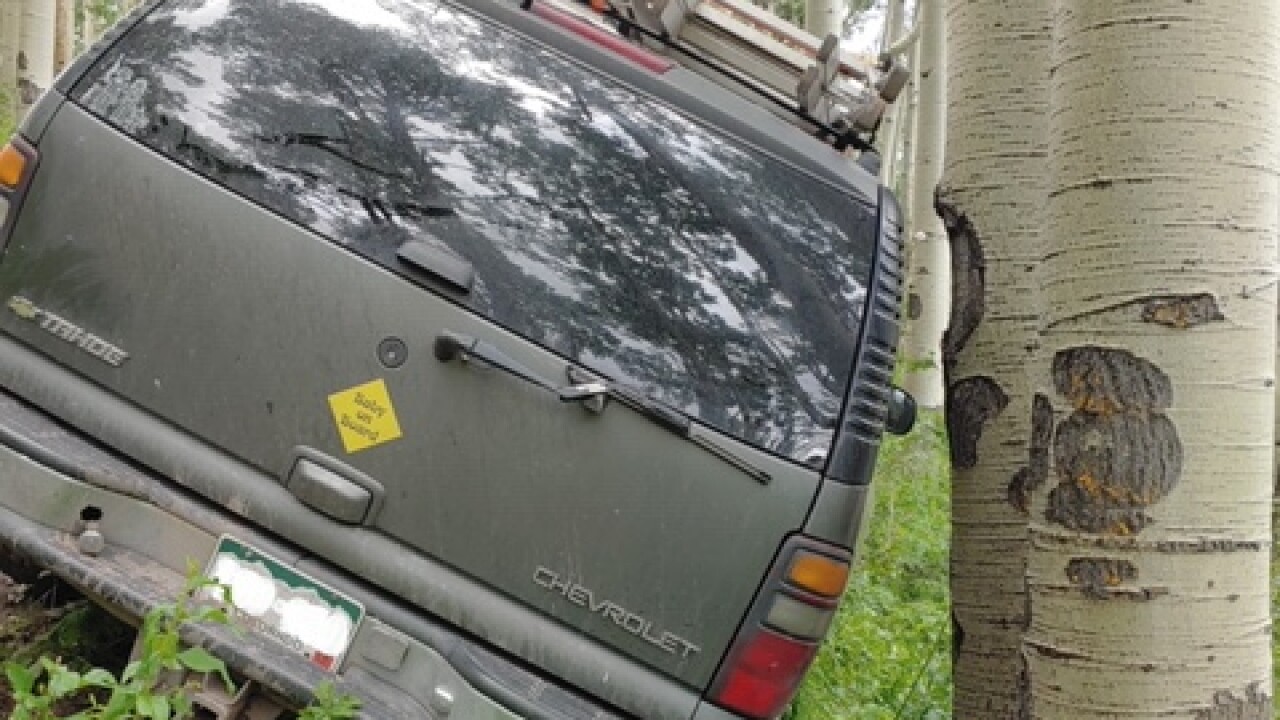 DENVER — When mudslides closed I-70 on Friday near Glenwood Springs, drivers had a choice -- they could wait for the highway to reopen or they could use their Google Maps app to find a detour.

Loni Nelsen opted for Google but had no clue what was in store.

"Google pulled up a route and said it was clear and feasible to get through," he said.

So Nelsen proceeded down Four Mile Road from Glenwood to Sunlight Mountain Resort and continued on County Road 117 and turned onto Forest Road 800. He said three miles in, his SUV slid off the road.

"My truck was sitting about like this," he said, holding his hand at a tilt. "Every time I tried to get back up on the road, my truck slid further down the mountain."

Nelsen said that's when he started to worry that another car might slide off and hit his.

"I was scared that it was going to roll down the mountain and I was going to get crumpled in it and trapped," he explained. "I was nowhere near cell phone service."

He said all he could think about was getting home to his wife and kids.

RELATED | From detour to disaster: Google Maps got dozens of Colorado drivers in a mud mess on Sunday

Nelsen told Denver7 there was a vehicle that pulled up behind him.

"The guy was like, 'there is no way we're going to get you out. If you'd like, I'm going to Silt. You can hitch a ride with me.' So, I grabbed my keys and some water, and I jumped in his truck," Nelson said.

He said they used four-wheel drive the rest of the way.

"At one point, we drove through two rivers," he said. "One stream was gushing. It was maybe 15 to 20 feet wide, and water was running down there very rapidly. We had to drive through it to get down the mountain."

When Nelsen went back to retrieve his Chevy Tahoe the following day, he noticed that several other cars had slid farther downhill than his.

He sent a picture of one of those cars.

"That vehicle missed the switchbacks completely," he said. "You could see it. I didn't get a picture of the trail, but you could see the trail where they just blazed straight down the mountain."

"I really hope and pray that everybody made it out safely and that nobody wandered deeper in there, or is lost or stuck or starving," he added.

The 28-year-old Rifle resident is not too happy with Google right now.

"After going down that road, Google's full of it," he said. "That (road) is... for people who have jacked-up Jeeps with 30-inch tires for mud bogging and off-roading."

Denver7 reached out to Google to ask about Nelsen's claims.

We received an email asking if the person flagged the issue using the "send feedback button" on Google Maps.

Google asked for a screenshot of the detour and said they would look into it.

Nelsen said he tried to provide feedback, but "the only thing on Google Maps to report is an unnamed road or a missing road that is not on their computer or website."

He said, in his opinion, the app should inform users that the road is not meant for little four-door cars, it is intended for off-road vehicles with four-wheel drive.