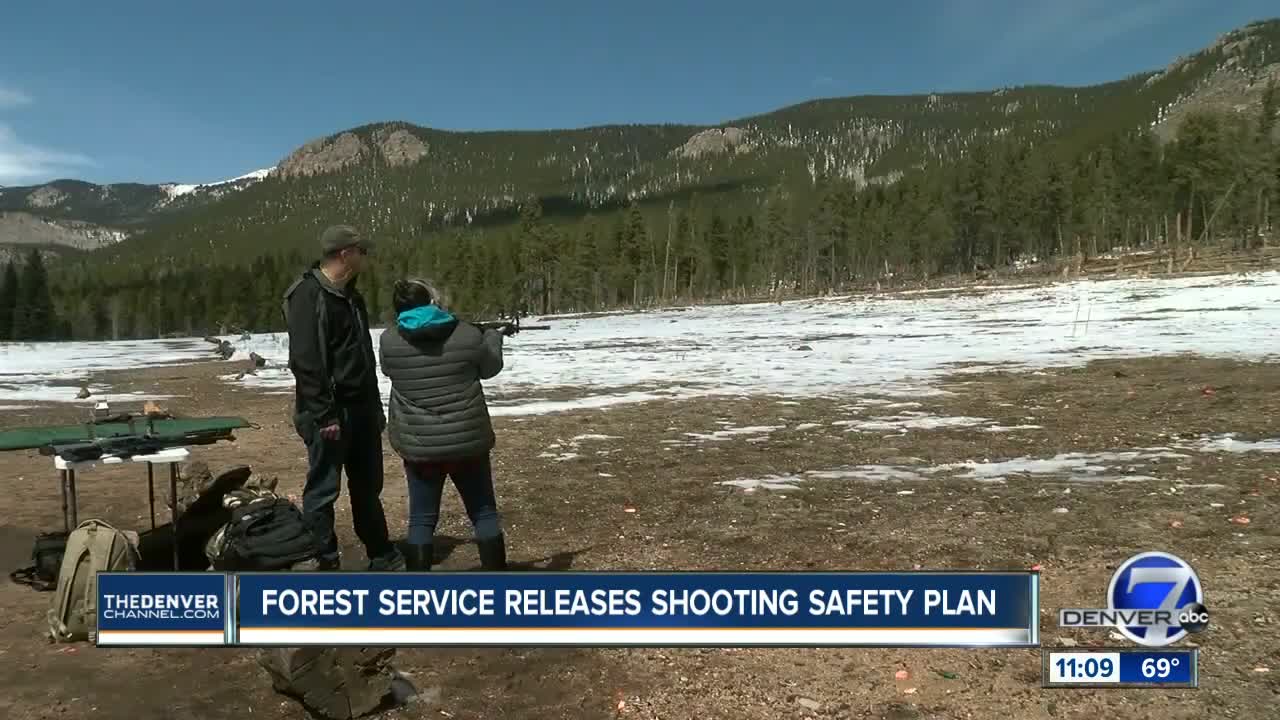 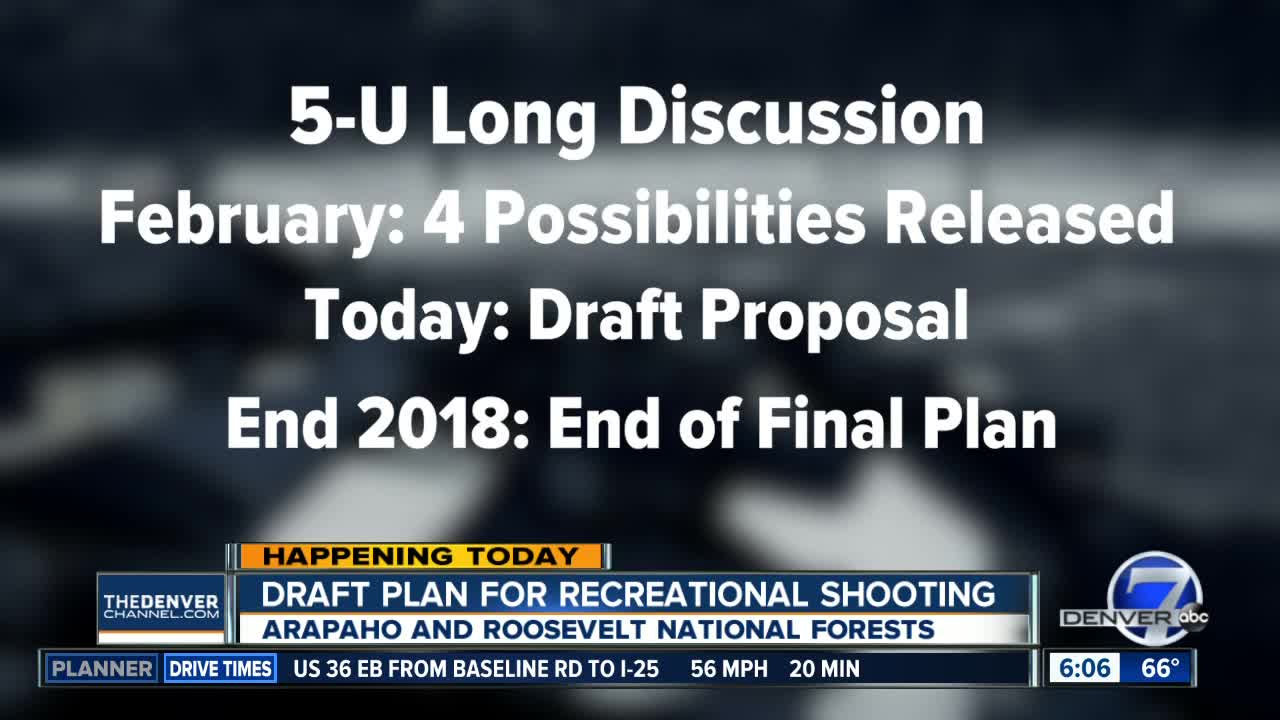 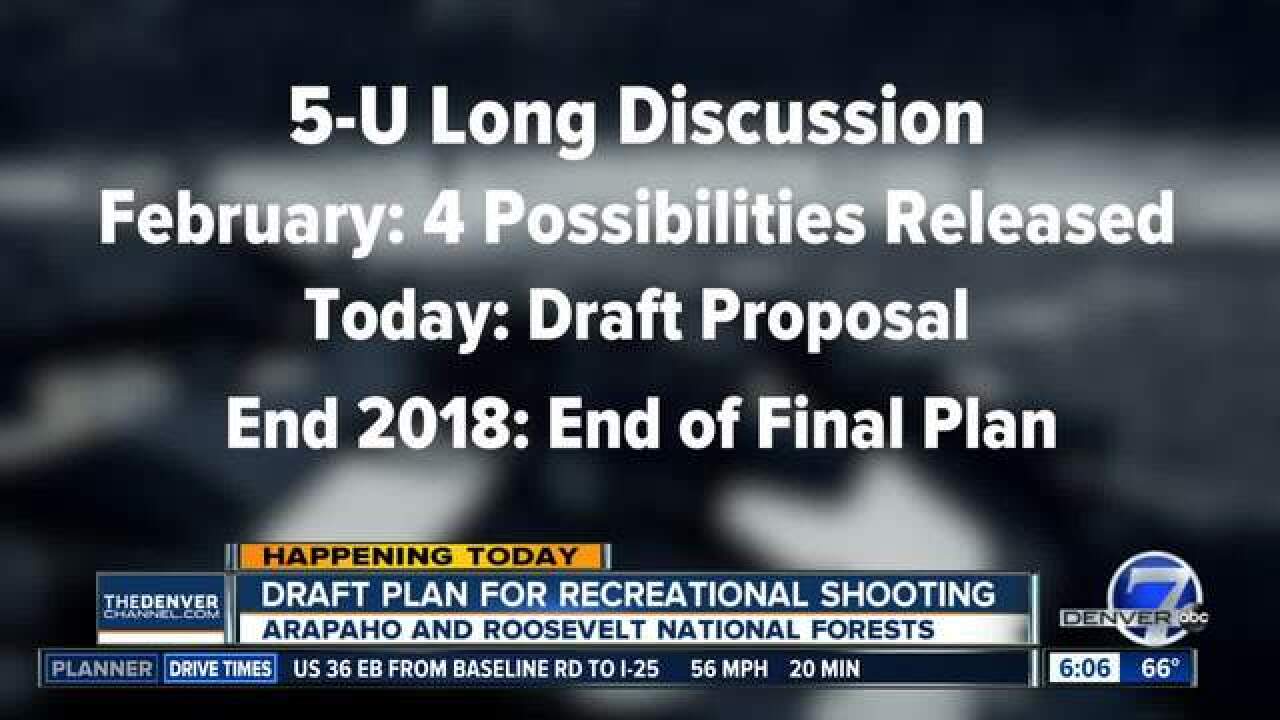 The drafted proposal, called the Recreational Sport Shooting Management Project, has been more than five years in the making. Officials are trying to provide a safe space for people to practice recreational shooting while protecting those who use the forests for other outdoor activities, like hiking and mountain biking.

This draft decision does not affect lawful hunting in areas where it’s already permitted.

“We have worked closely with partners, interests groups and the local community to help design a draft decision that balances sport shooting, a long time and legitimate use, with public safety,” said Forest Supervisor Monte Williams.

In February, the Northern Colorado Sport Shooting Management Partnership released four ideas it was considering that could rewrite the rules for recreational shooting.

The proposals ranged from blocking off a very small section of the forests from shooting to banning shooting in all areas of the forests. The trade-off would be to build more shooting ranges for people to practice the sport.

The partnership is a collaboration between the National Forest Service, Colorado Parks & Wildlife and Boulder, Clear Creek, Gilpin and Larimer Counties.

“The partnership between the counties, Colorado Parks & Wildlife, and the U.S. Forest Service devised a balanced strategy that provides better opportunities for recreational sport shooting while addressing the concerns of our mountain residents,” said Clear Creek County Commissioner Tim Mauck. “Along with strong public input, the draft decision represents a tremendous win-win for all stakeholders that enjoy our public lands in the Arapaho and Roosevelt National Forests.”

More information on this draft decision, plus an interactive map, is available on the USDA’s website here . The release of this draft starts the formal 45-day objection period.

A phased implementation plan will be coordinated with partners as public shooting areas start to undergo construction. Details on the shooting ranges’ progress can be found at the Northern Front Range Recreational Sport Shooting Management Partnership’s website.

A final decision is expected near the end of the year or early 2019. Implementation will not take place until those documents are signed.