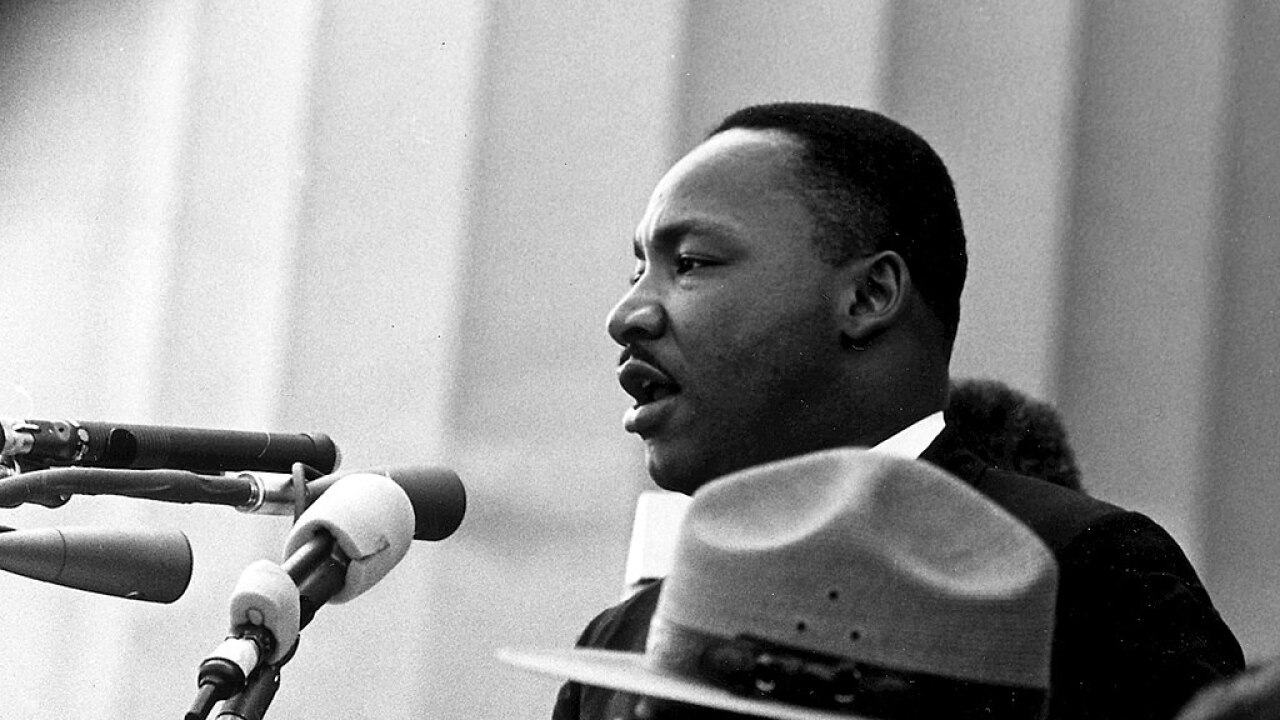 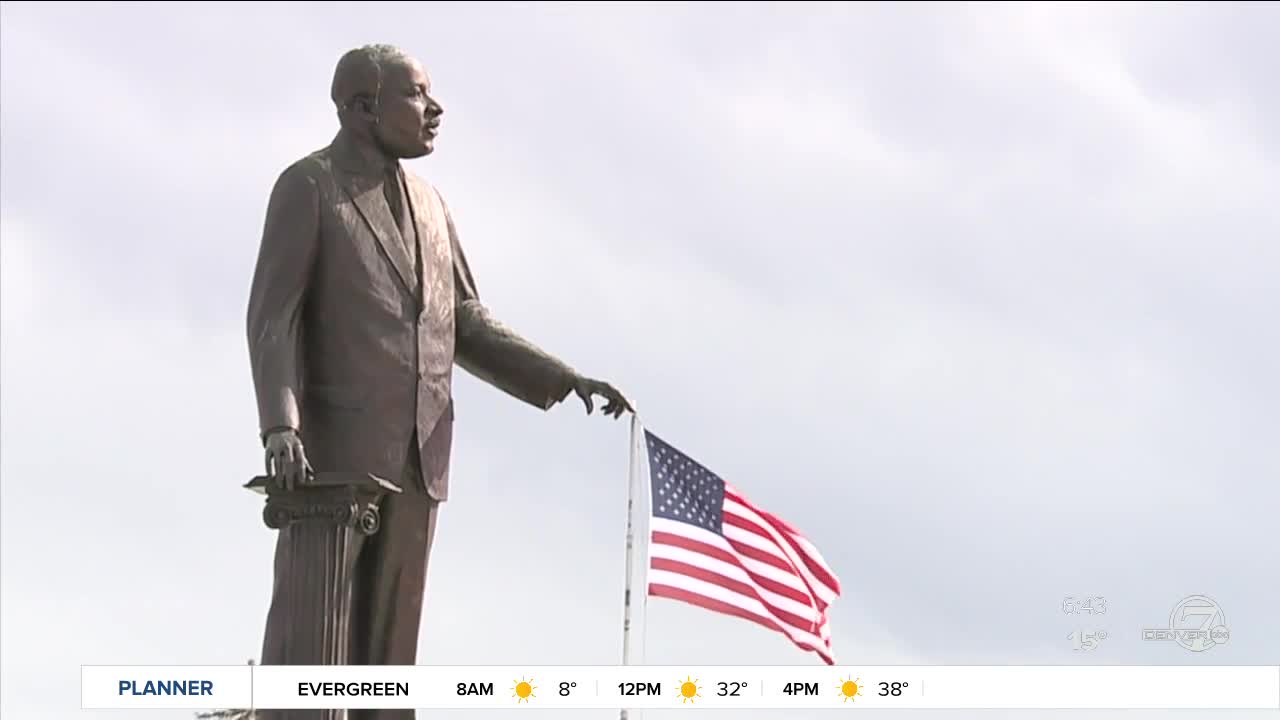 DENVER — Long before the statue of Dr. Martin Luther King, Jr. sat high on a pedestal in the middle of City Park, the man himself traveled to Denver on multiple occasions, providing fuel to a fight for freedom that was well underway.

Howard said during that time in Denver, and across the country, black people were treated as second-class citizens, and Dr. King came to town to help local activists confront injustices.

“He actually heard, the very first time, his favorite song at New Hope that became his battle song. ‘If I Can Help Somebody,'” Howard said.

It’s a powerful gospel song that details the importance of helping others. After hearing it at New Hope, Howard said King was known to call on local choirs to sing the song especially when he knew they would face violent opposition to their cause.

“The last time Dr. King was in Denver he spoke over at DU (University of Denver) and that was May 17, 1967…they burned crosses, turned over cars," Howard said. "At that time a Denver police chief responded to the violence saying ‘it was nothing more than spring fever.'"

The incident was yet another reminder to local activists, like Rev. James Peters and Bishop Acen Phillips, that hostility toward the civil rights movement wasn’t limited to southern states.

“The Klan said 'we’re going to kill you.' they called my house and threatened the kids and all that kind of thing. That happened here in Denver,” Peters said.

“When I got to Denver I thought I had reached paradise. I saw black folk with green grass in Five Points…then I found out here in Colorado black folk couldn’t live past High Street,” Phillips said.

Sitting inside the sanctuary of New Hope Baptist Church, a place that at one time was an integral part of the local civil rights movement, both men recall a time long before they led churches here in Denver.

Phillips and Peters both grew up in the South and were taught at a young age harsh segregation lesson.

“I had a traumatic experience. One of my uncles was tarred and feathered and brought down the street and hanged,” said Phillips, remembering his childhood growing up in Mississippi.

Phillips shared another childhood memory that would shape his views on civil rights.

“I was walking down the street in Clarksdale and it was Christmas. I had just got some brand new shoes. My dad told me I had to get off the sidewalk and walk in the mud because some white folk had started down the sidewalk. Well, I didn’t want to walk in no mud with no brand-new shoes on…I said, ‘the white folk got on the road after us, Daddy. W were here first. Why do we have to get off for them’?' He said ‘son get off now and walk in the mud. But the day will come when you can walk on the sidewalk.’”

Eventually, Phillips left Mississippi and made his way to Denver in the 1950s where he began organizing demonstrations locally.

On a trip to Omaha, Neb., in 1958, Phillips met the man who would lead the national movement.

“His name was Martin Luther King, Jr. I didn’t really know then how important he really was,” Phillips said.

“I got to hear him at the Vermont Avenue Baptist Church in Washington D.C., where he was just spellbinding,” Peters said.

Peters, who is known for leading New Hope Baptist Church in Denver for decades, quickly became a follower of Dr. King.

He became one of Dr. King’s lieutenants in the movement and even gave a speech at 16th Street Baptist Church in Birmingham, Ala., where in 1963 four African-American girls were killed after white supremacists planted a bomb that exploded during their Sunday School class.

A local newspaper printed a portion of Peters’ speech, which reads in part: “Segregation is like pregnancy,' reverend James peters said. 'The more it shows the sooner you’ll be delivered.'”

Both Peters and Phillips were with Dr. King on the march from Selma, Ala., to Montgomery, Ala.

Phillips led a group of ministers and volunteers from Colorado to that march where Phillips said one member of the group died.

“The only person that actually died from Colorado in the march was not a black person but was a Jew, they walked together with us in our struggle,” Phillips said.

Now in their 80s, Phillips and Peters remember their friend Dr. King fondly. Alongside many others, they fought hard to make Dr. King’s birthday a holiday in Colorado and to create the Marade (a march and parade), which Dr. Vern L. Howard helped grow to 85,000 participants just this last year.

Despite their age, these men are still in the fight for equality.

“Whether it’s Mississippi, Kansas City or Denver, Colorado, segregation is just real and to be honest with you it’s still real today,” Phillips said.

“Denver’s a great city," Peters said. "We’ve come a long way, but we have some places to go."

Both said the country has made a lot of positive changes, but they don’t plan to ever retire from fighting for civil rights.

Because in the words of their friend and mentor Dr. King, “injustice anywhere is a threat to justice everywhere.”