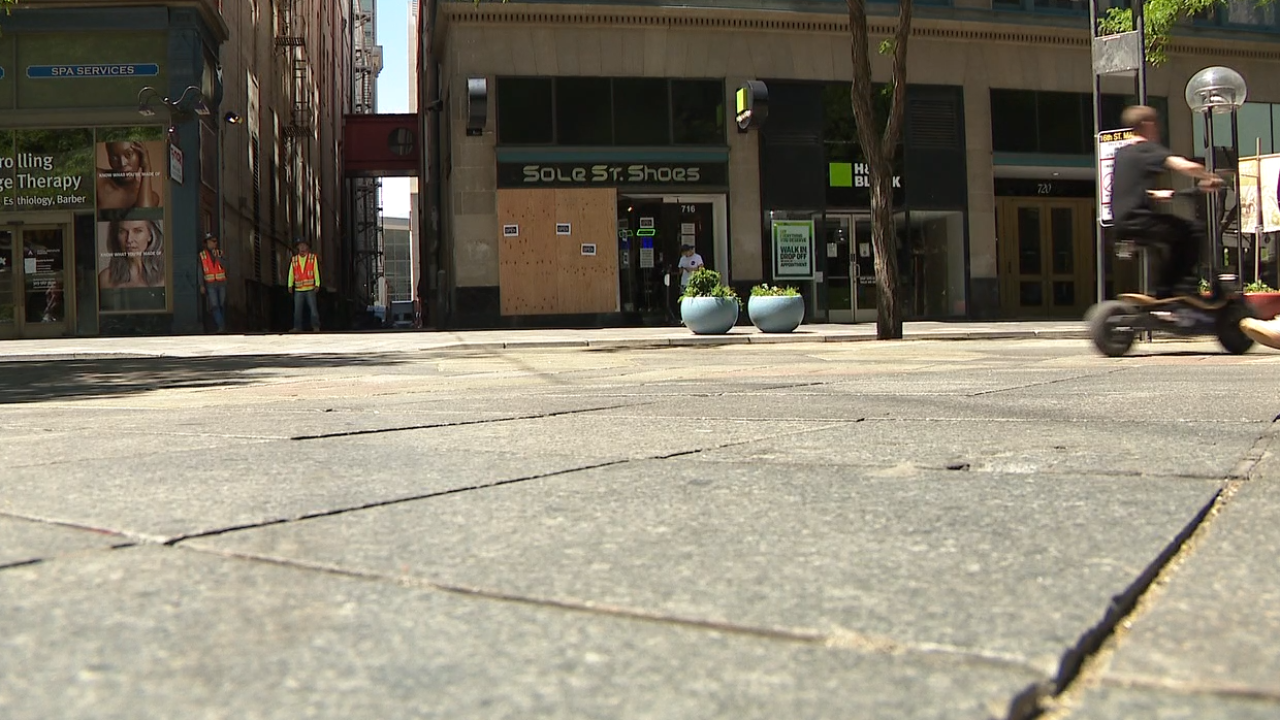 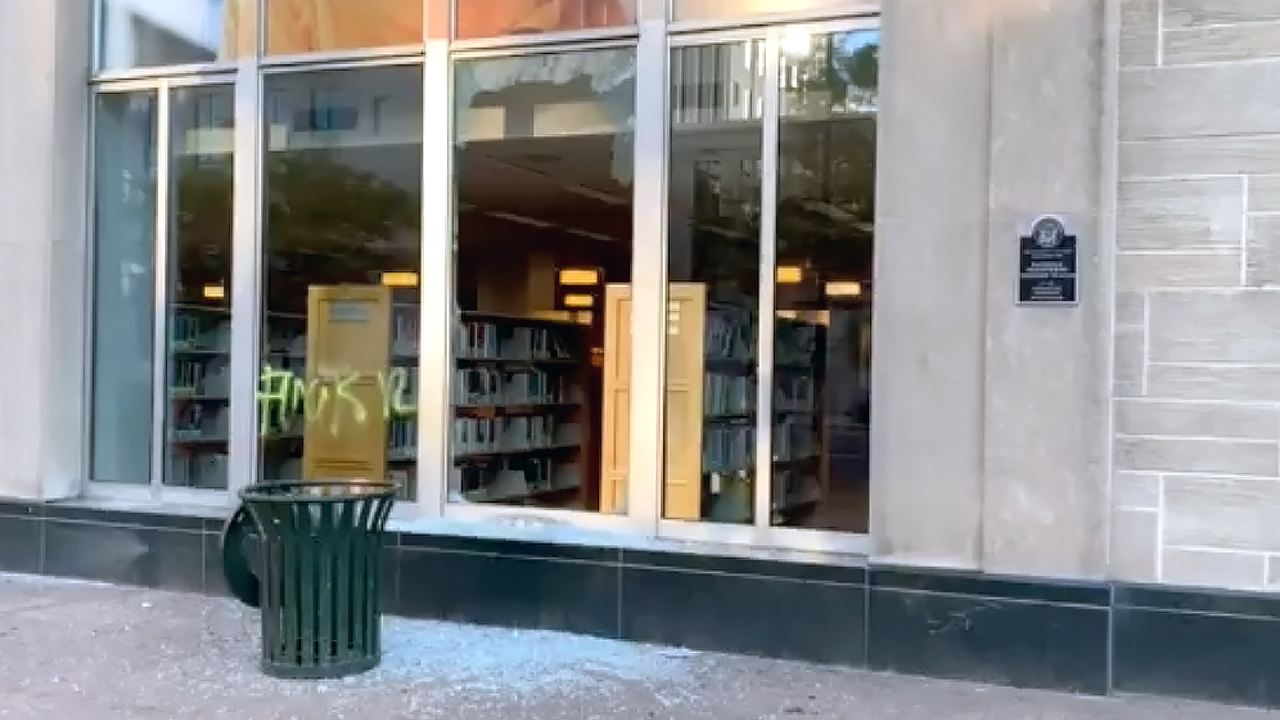 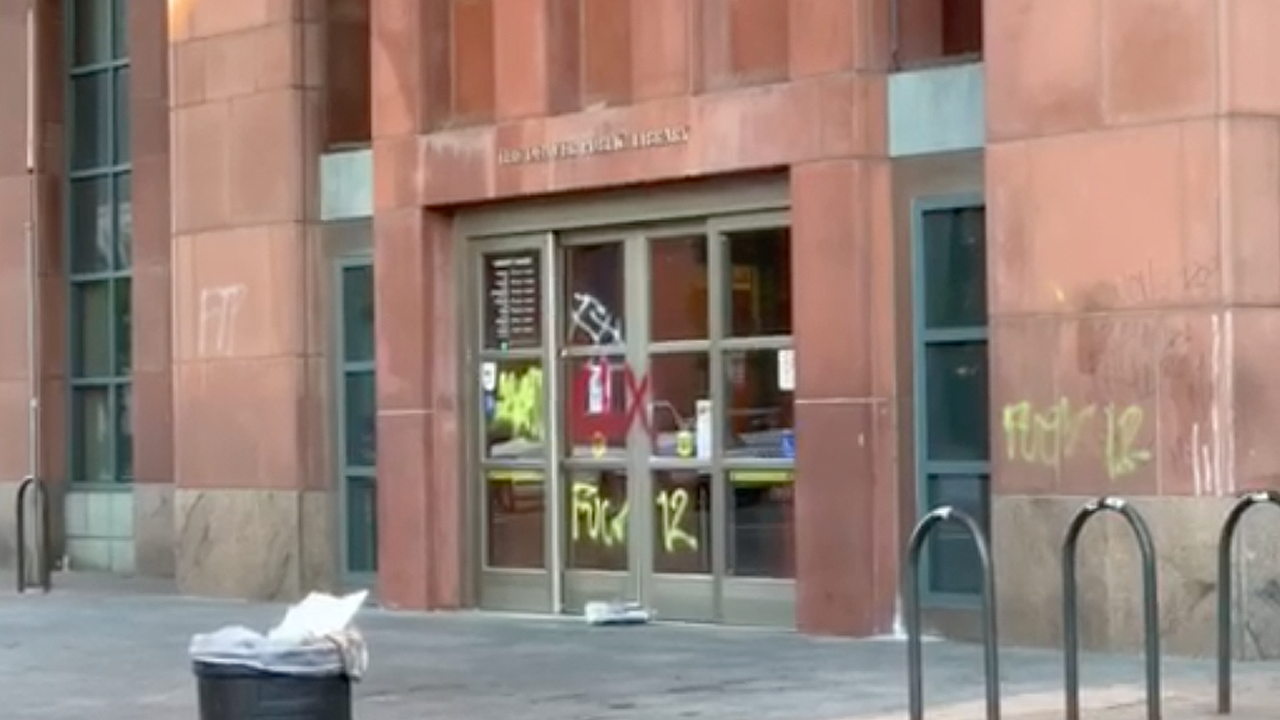 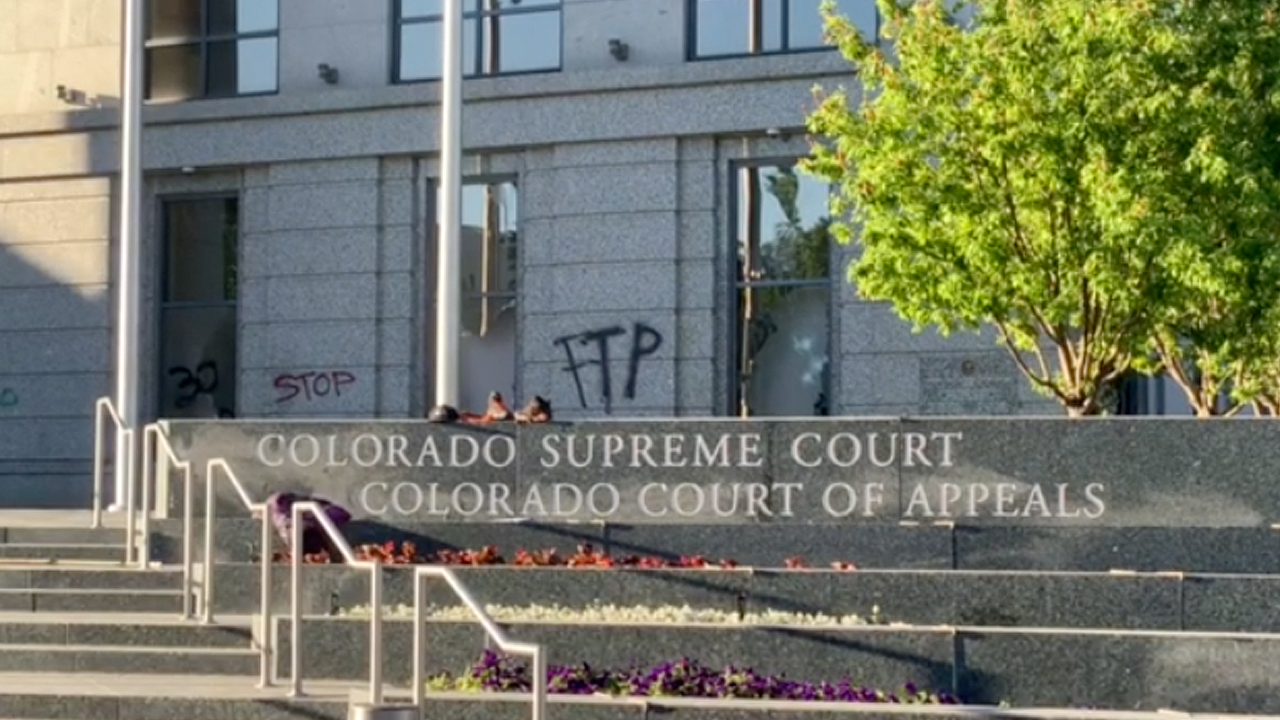 DENVER — Graffiti, broken windows and debris litter the streets and buildings around the State Capitol building Saturday morning in downtown Denver following a second night of protests in the name of justice for George Floyd.

Windows were shattered, and graffiti spray-painted along the front and side of the Colorado Supreme Court building. The Denver Public Library was also struck by vandals, with several windows broken out. It's unclear if any damage was done inside the building.

Several downtown businesses were also hit. Shops along the 16th St. Mall boarded up their windows in anticipation of the protests, while other businesses - who are now allowed be open amid the coronavirus pandemic - closed for the day.

Denver police confirmed the Target store on the 16th St. Mall had been looted by protesters who made off with a few items. There were some arrests, police say, but it's unclear how many people were detained.

Other businesses along the 16th Street Mall were targeted by looters, some for a third time. Boarded up windows at the clothing and shoe store Sole St. Shoes didn't stop looters from entering Zach Monks' shop for a third time over the past couple of nights.

"It's hard. It's deflating," Monks said. "It's just possessions. I understand people are dealing with life or death issues. I'm trying to keep that in perspective right now."

"What we're seeing is destructive, it's needless, it's senseless," said Denver Mayor Michael Hancock in a Zoom interview with Denver7 Friday. "It's unfortunate for everyone in Denver. The demonstrations started peacefully. Unfortunately, as the night grew near, we had some folks show up who, quite frankly, meant to disrupt the peace. This is not who we are, and calmer heads must prevail. Our police officers have a sworn duty to maintain everyone's safety – and they will. People are crying out to be heard, but this violent distraction only divides us."

The majority of the protests had remained peaceful most of Friday when the protest began at around noon at Civic Center Park. Hundreds gathered to demand justice for George Floyd, a black Minnesota man who died after an officer knelt on his neck earlier this week. But as the day went on, the protest devolved into a second night of confrontation between police and activists.

Police deployed gas canisters and fired pellet guns to disperse the crowds. Moments before the clash between police and protesters began earlier in the evening, Tay Anderson, the youngest member to have been elected to the Denver School Board and one of the organizers who led Friday's protest, had asked people gathered at the City and County Building to not engage with crowds who were there to disrupt the peaceful protest.

Some of the protesters, who had mostly remained at the Colorado State Capitol before moving to the City and County Building, moved to just outside the Denver jail, where they confronted police, who fired tear gas to disperse the crowds.

"We asked white allies to go home and some of them still insisted (in) throwing rocks, bottles, etc. at police," he said in a tweet after learning that tensions had escalated between police and protesters. "I am disgusted in how allies ignored our asks to go home and stay peaceful."

Two other rallies are planned for Saturday at the State Capitol building. One is scheduled at noon the other at 3 p.m. TheDenverChannel.com will stream both events live.