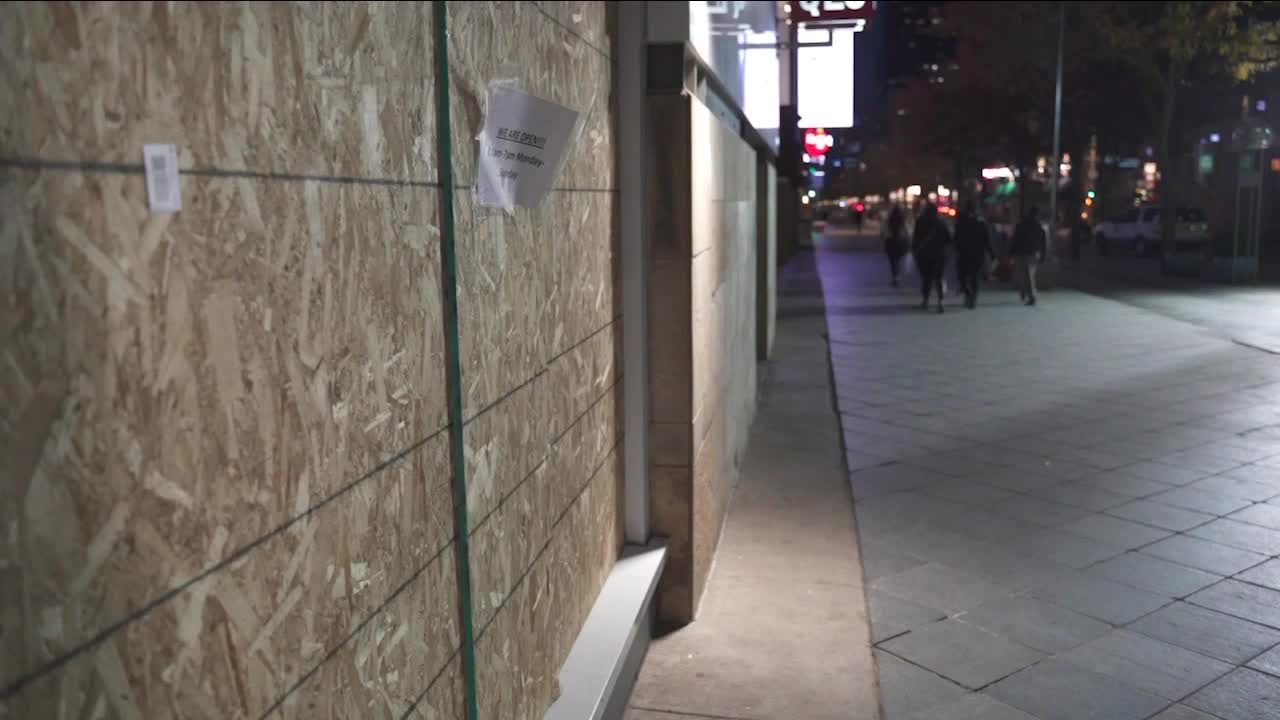 DENVER — Rumors of a protest taking place along the 16th Street Mall was cause for concern to local business owners Friday night. While a small, peaceful protest did take place, it remained around the Capitol building.

Gary Mantelli owns West of Surrender on 16th Street. Like many others, his business has seen the ugly side of prior protests.

"Unfortunately, we’ve had to prepare for these kinds of things," Mantelli told Denver7.

Each night, Mantelli and his staff board up their restaurant in case things take a turn.

"People are listening and that’s a good thing. They just don’t need to destroy property to do that," Mantelli said.

Otra Vez Cantina is also taking measures to protect business in the event protests take a turn this weekend, should the election be called.

"We do have the windows blocked off so I can’t see inside," said Otra Vez Cantina General Manager Kiersten Klaus.

Klaus said business has been good lately but with Denver's new "Home by 10" order taking place on Sunday, the constant chance of protests, and cold weather moving in fast, Klaus expects the restaurant to take a hit.

"It’s a struggle. You have employees having their hours cut and now we have to cut them way back and then a lack of business. It just kind of hurts their pocketbooks as well," Klaus said of her employees.