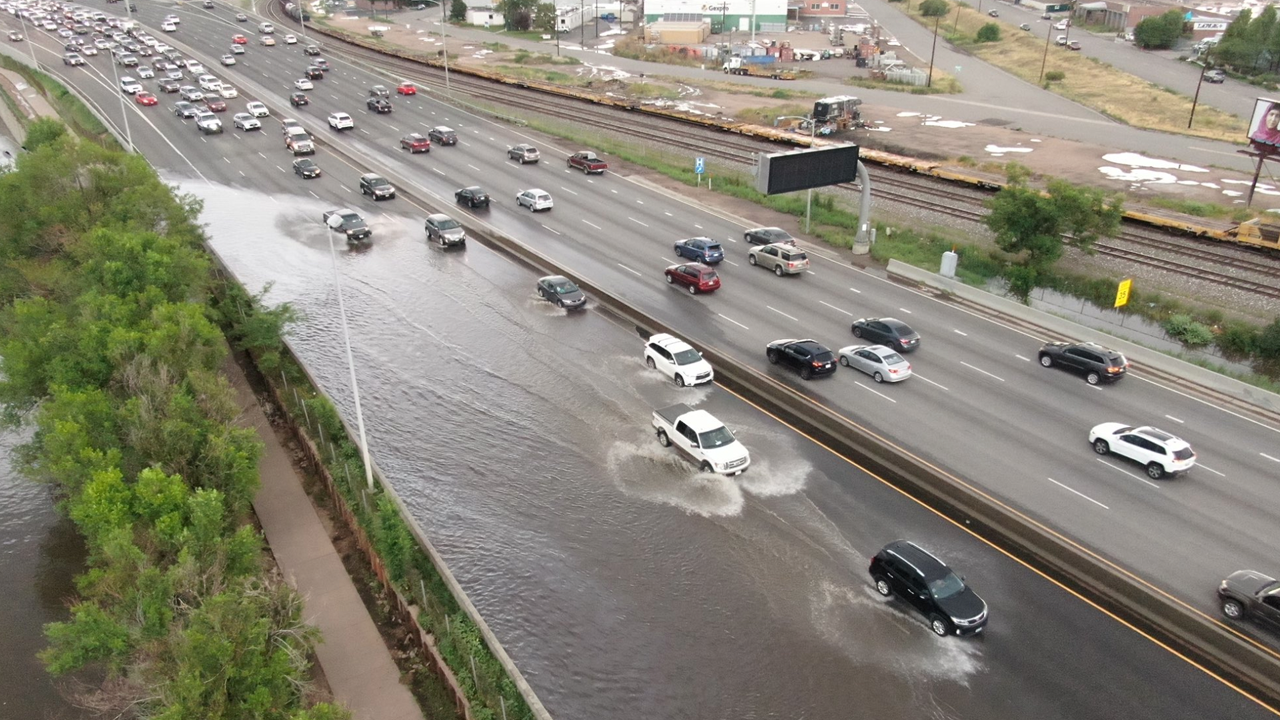 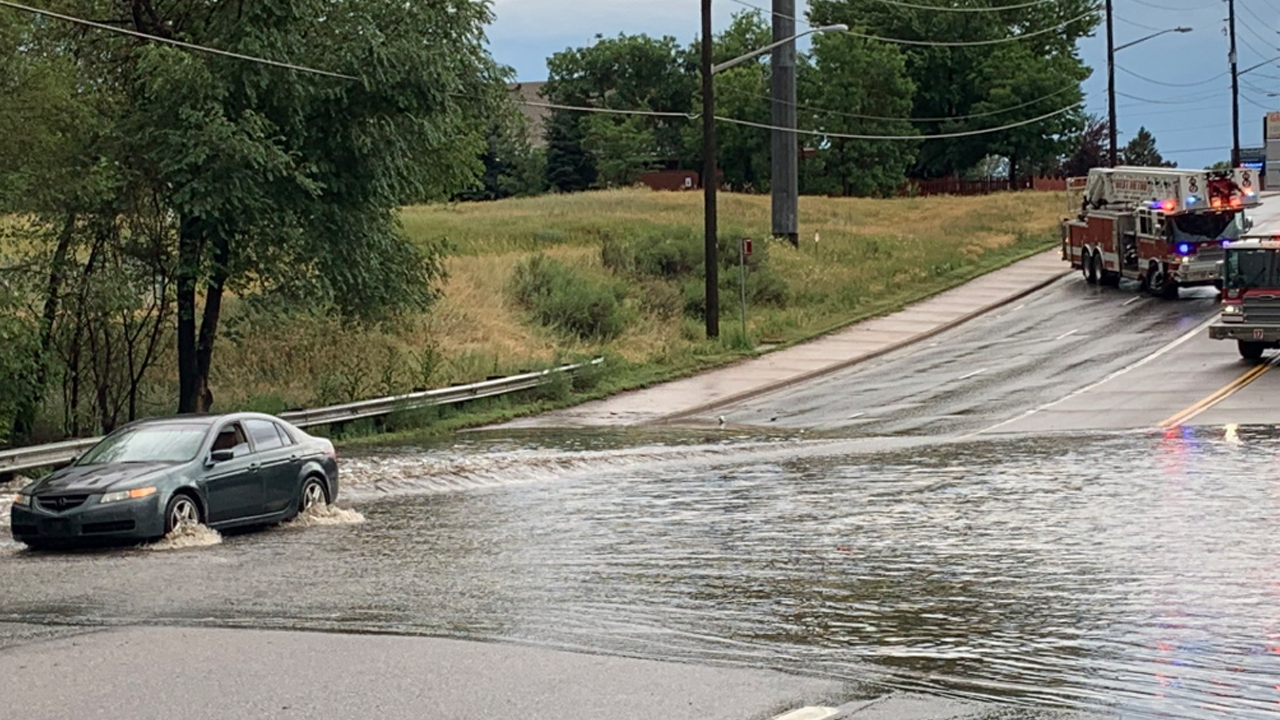 The first round of storms moved into the area around 3 p.m. and dumped several inches of rain and pea-sized hail. By 6 p.m., a second round swept in, prompting the National Weather Service to issue a flash flood warning for Denver and Adams counties.

The intense downpour from the afternoon storm overwhelmed drainage systems on parts of Interstate 25, submerging the southbound side of the highway in several feet of water just south of the Sixth Avenue Interchange.

Traffic in the area was backed up for several miles as drivers tried to cross the flooded section.

Flooding also affected traffic along Interstate 70 and 6th Avenue near Federal Boulevard, the Colorado Department of Transportation tweeted. The agency issued an adverse weather alert, warning motorists of standing water and low visibility in some areas on I-25 from Colorado Springs to Monument Hill.

Flooding was reported in other areas around the region.

In Lakewood, West Metro Fire crews were searching Lakewood Gulch after a report of a person in the water near West 12th Avenue and Miller Street. Police said only one witness reported seeing what may have been a person.

Our crews are on the scene near 12th and Miller. We had a report of someone in the water. A search is underway. pic.twitter.com/eLSY91PjQC

However, West Metro said after a thorough search, in chest-high waters at one point, they did not locate a person in the water.

The pattern of seeing mostly sunny mornings and afternoon storms will linger for both Sunday and Monday.