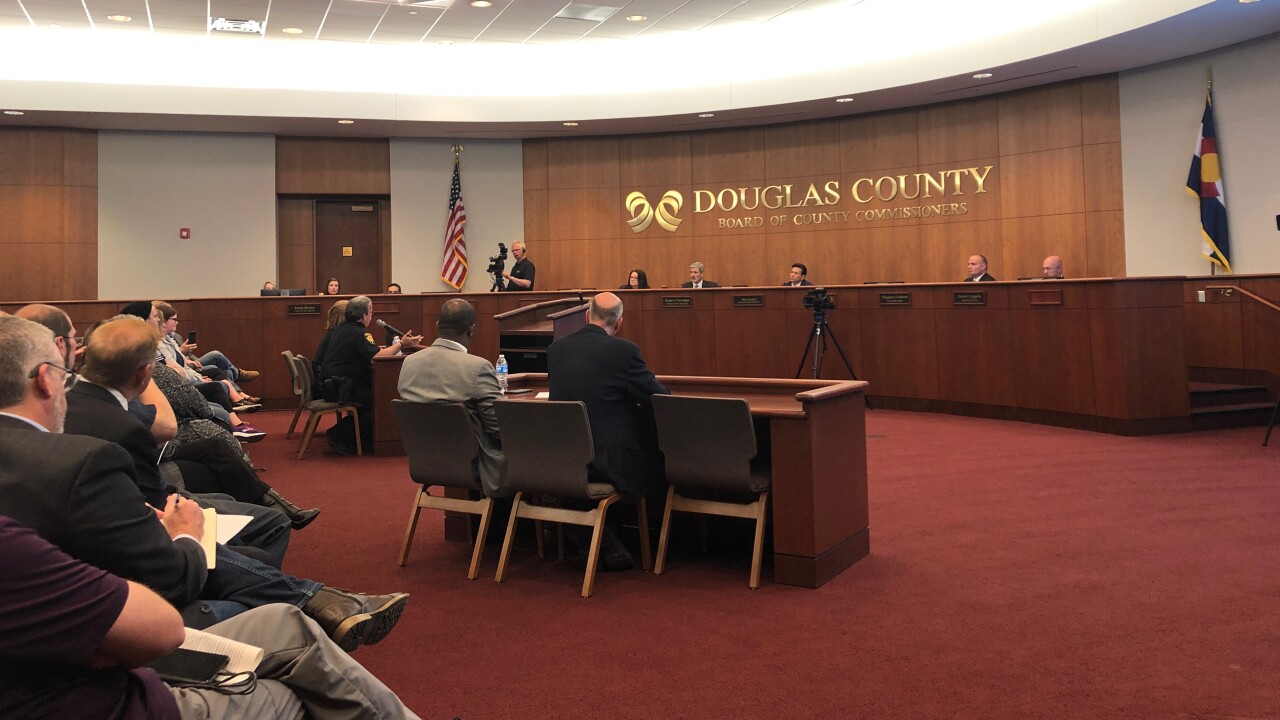 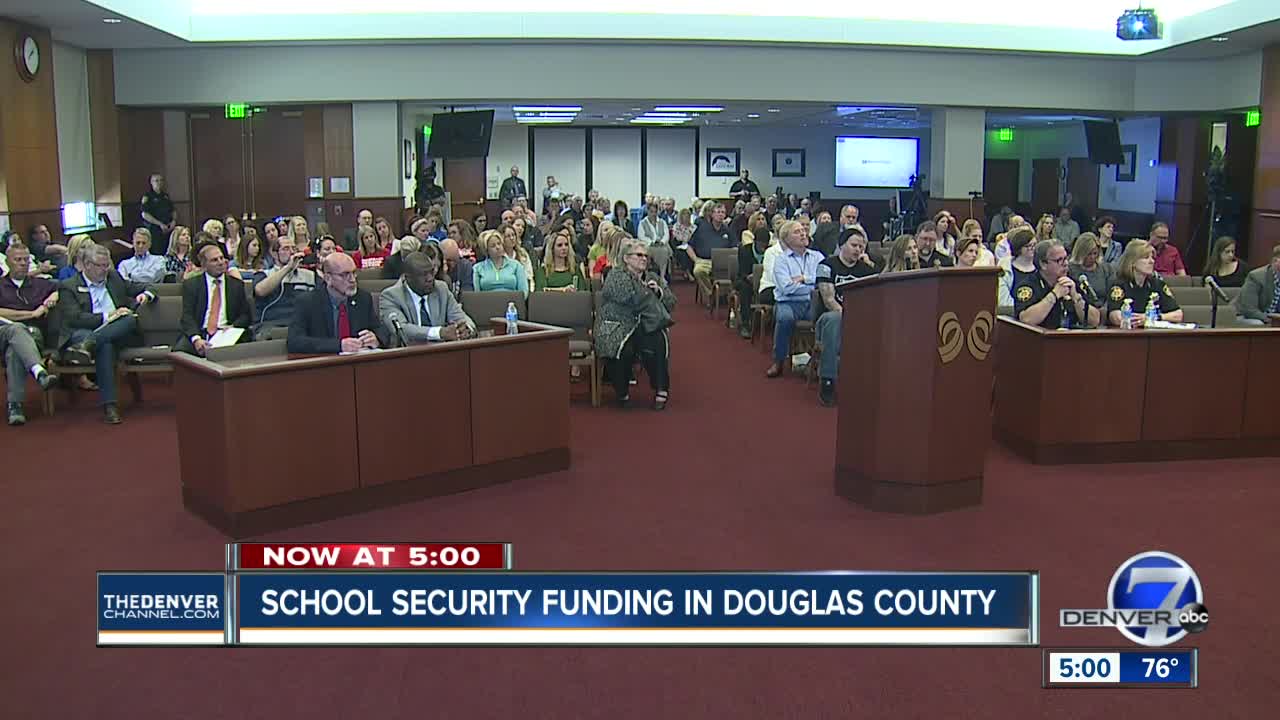 The meeting got underway at 1:30 p.m. at the district’s administration building in Castle Rock, the vote came after about 45 minutes of discussion.

The $10 million would come from the county’s general fund and reserves. The commissioners said at Monday’s meeting that the county will have extra property tax revenue that they can use to replenish the redirected funds because of increases in property values.

The money will go toward extra school security and mental health resources for DCSD students.

“I am very pleased that we have the school board here, I have been working closely with Superintendent [Thomas] Tucker to start working with him on how we would make Douglas County Schools safe and do it together,” Douglas County Sheriff Tony Spurlock said at the meeting.

He noted that school resource officers are recommended to cover 1,000 students, but that there is currently one SRO covering more than 3,000 students between Mountain Vista High School and Mountain Ridge Middle School in Highlands Ranch. Spurlock said it was time to take a step back and look at the size of the district and its safety needs.

The commissioners will next meet on May 28 to discuss how the $10 million to be spent. The push for more money comes after emails obtained by Denver7 on Friday showed there were disagreements between the STEM School and the sheriff's office about the duties of SROs and their pay.

As of noon Monday, several hundred people had already signed up to speak during the public comment portion of the session that followed the vote. Each speaker is expected to be given 3 minutes each.

One mother with two children in district schools said he felt like $10 million was not enough.

“It’s a great one-time thing, but this is an ongoing issue,” she said.

Kendrick Castillo, 18, was killed in last week’s shooting and eight other students were injured. The injured students were all released from the hospital as of Sunday.

The two suspects in the shooting are expected to be formally charged on Wednesday.