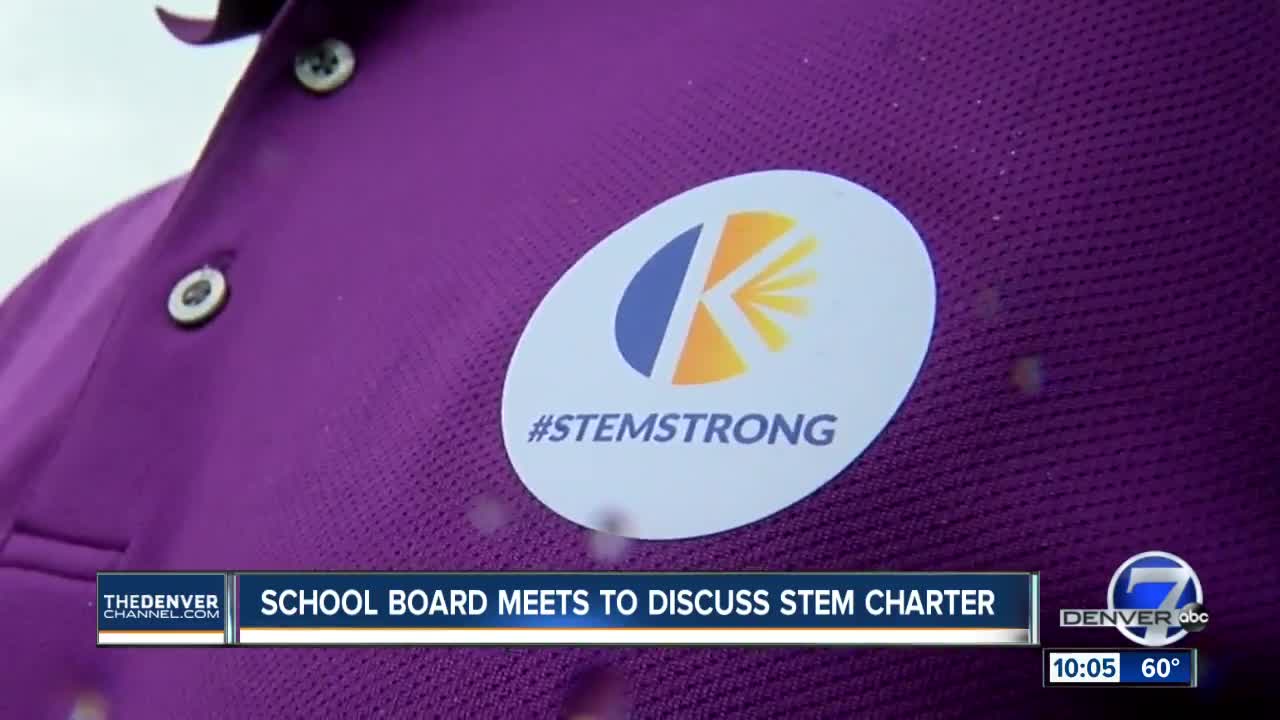 The fate of STEM School Highlands Ranch is up in the air right now. The Douglas County is still talking about the school's charter after a proposal from the district to change the charter to change it from three years to one.

The Douglas County School District board tabled a plan early Wednesday to extend STEM School Highlands Ranch’s contract by one year, in the hope the district and school can reach an agreement in the next six days.

The school’s current contract with the district is scheduled to expire June 30, and if the two parties can’t reach an agreement by then, the board will have to meet to consider an 11th-hour extension.

The room was completely full when the school board meeting began at 6 p.m. Tuesday in Castle Rock, with many people in the audience wearing white T-shirts with the #STEMStrong hashtag, showing support for the school in the wake of the May 7 shooting left one student dead and left eight others injured. Most seats were still filled after midnight, when the board began discussing how to handle the impending deadline.

The board had voted in January to reauthorize the school’s charter for three years, but STEM and the district hadn’t reached a final agreement. STEM executive director Penny Eucker had sought a five-year authorization, which she said, in emails to district officials, would make it easier for the school to borrow money.

Read the full story on The Denver Post's website here.