District or schools would have to match SRO money annually 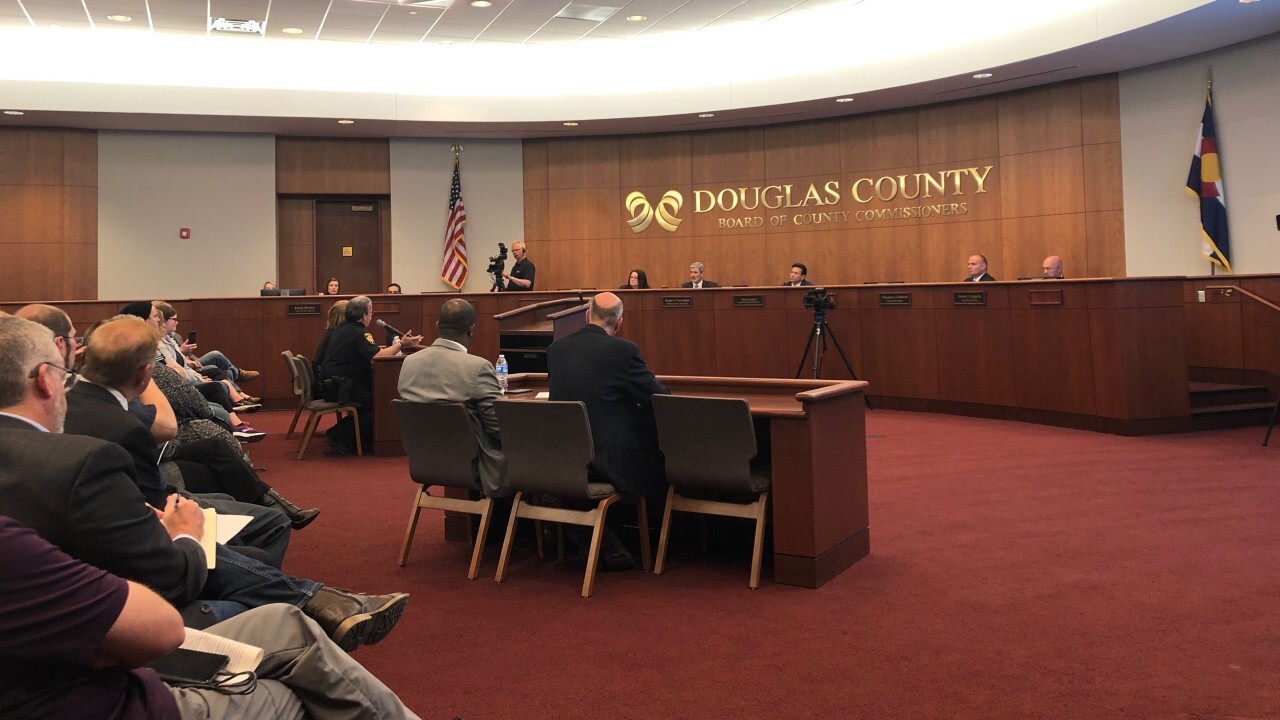 Copyright 2019 Scripps Media, Inc. All rights reserved. This material may not be published, broadcast, rewritten, or redistributed.
Denver7
The Douglas County Board of Commissioners approved up to $3 million for new school resource officers. 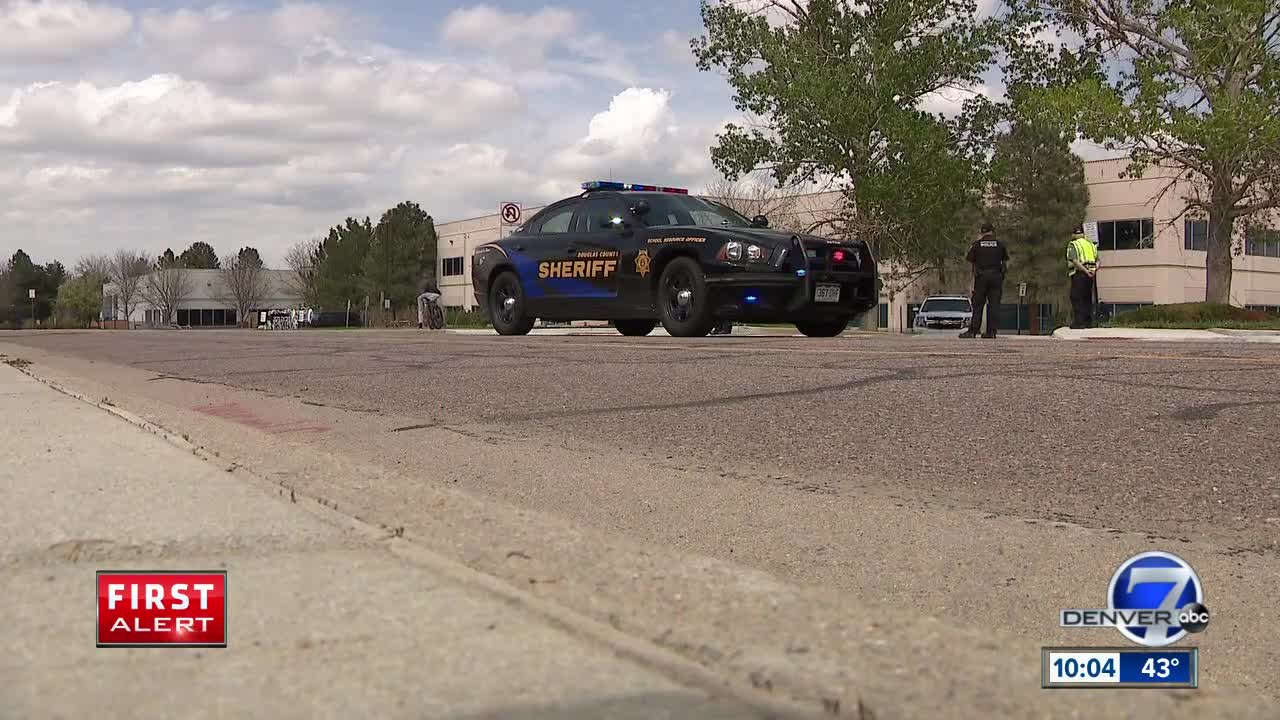 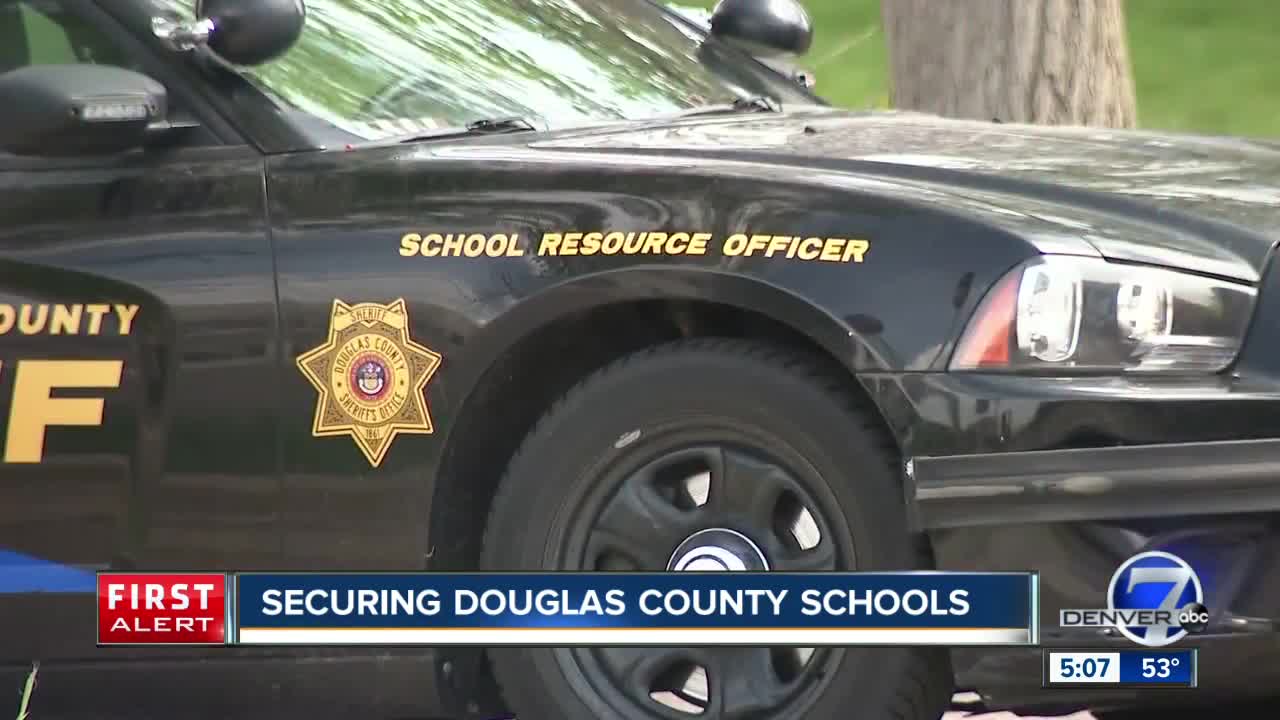 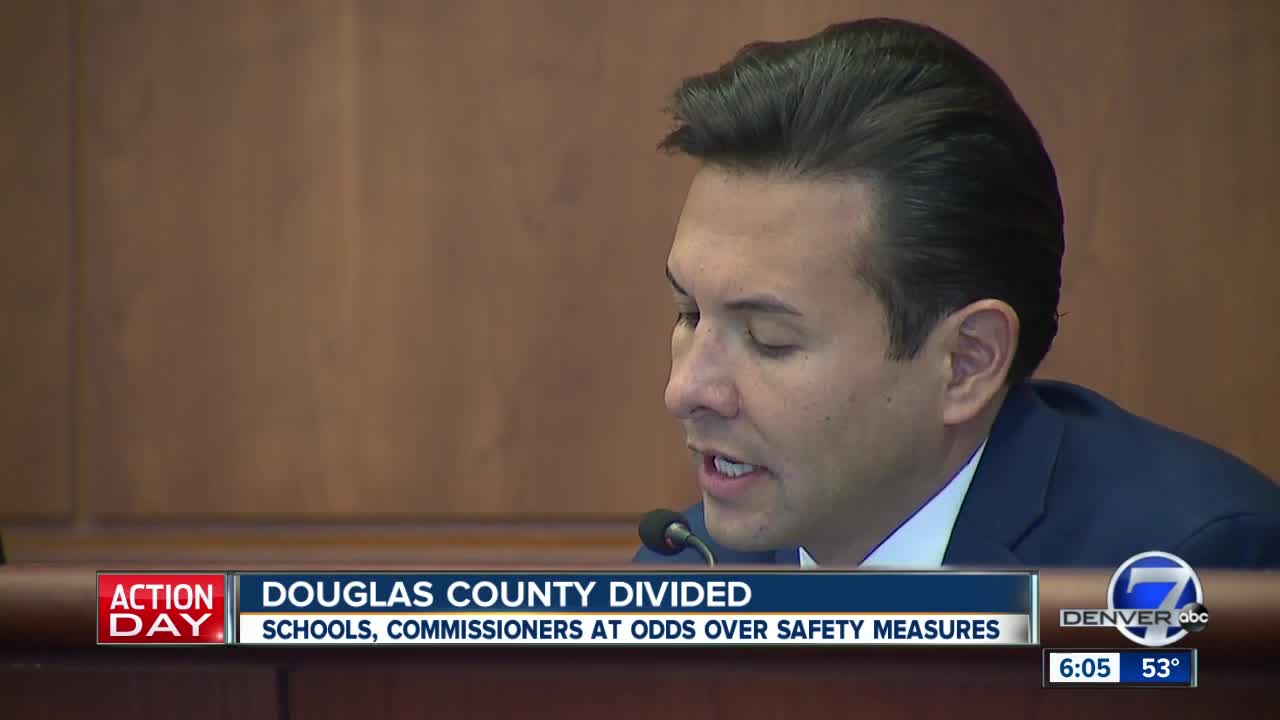 DOUGLAS COUNTY, Colo. – The Douglas County Board of Commissioners met Tuesday afternoon and approved an additional $3.3 million in supplemental money for the county’s 2019 budget that aims to establish a community response team and put money toward hiring an additional 50 school resource officers over the next three years.

The commission also voted to establish two committees that will decide how to spend $10 million already approved for public school safety and mental health. But the district’s board of education is balking at the latest moves.

The commissioners voted unanimously to approve the supplemental appropriation resolution Tuesday afternoon. Earlier this month, the commissioners voted to redirect $10 million toward public school safety and mental health resources, though they at the time had not decided who would have the ultimate say on how to spend the money.

On Tuesday, the board voted to establish two nine-member committees that will make recommendations on how to spend the $10 million: one committee focused on physical school safety and the other on mental health expenditures.

But in addition to the $10 million already approved, commissioners also voted to put an extra $3,331,250 in unassigned general fund money toward a community response team for youth and toward hopefully putting more school resource officers (SROs) in Douglas County schools.

And the other $3 million annually would account for the county’s 50% commitment to fund up to 50 new school resource officers over the next three years if Douglas County schools or the district’s board agree to match the other half of those positions.

Earlier this month, Douglas County Sheriff Tony Spurlock said that the National Association of School Resource Officers recommends that each SRO cover about 1,000 students. There are approximately 68,000 students in Douglas County Schools, so if the county and district can agree to fund 50 new SRO positions, the district would almost hit the one SRO-to-1,000 students ratio.

But there are questions of whether the district will agree to match the funding and where that money might come from. The county would only commit the money each year once schools in the county match the other 50%.

Douglas County School District Board President David Ray objected to the public discussion of school safety at Tuesday’s meeting, saying it put students in a vulnerable situation. He also urged the commissioners to take more time before voting on the new changes, saying it could be a challenge for schools or for the district itself to come up with the matching money each year.

Board Vice President Wendy Vogel said the district’s funds had already been appropriate for the next school year and, saying the commissioners were not elected to make decisions for the district, asked commissioners to work with the board “as opposed to forging a separate path.”

But the commissioners said they already believed they had included the district in the discussions by putting representatives for the district on the two committees.

They voted unanimously to approve the formation of the two committees and the funding around 4:30 p.m. Tuesday.

The supplemental budget requests come after eight students were injured and one was killed in a shooting at STEM School Highlands Ranch, a charter school within the district.

The district’s board of education said in a press release issued just after the vote that mill levy overrides approved in November were already being planned for physical security improvements and the addition of 80 counselors to district schools for the next school year.

“Our public schools will only be able to take advantage of the one-time funds offered by the Commissioners if the funds are utilized in accordance with the Commissioners desired purposes, regardless of whether or not these goals are recommended by security experts or the DCSD Board of Education. The Commissioners also shared that ongoing funds can only be accessed if matched, which we have expressed to the Commissioners is virtually impossible at this point in the budget of our schools,” the board said, in part, in its statement.

“With respect, the Commissioners were not elected to make decisions for our students, staff and schools in DCSD. We would be grateful for monetary support, as well as support of any ballot initiatives (Mill Levy Override or Bond) in the future. It would be irresponsible, however, for our seven elected, volunteer board members to abdicate decision making responsibility for DCSD to the Douglas County Commissioners or any committees they may form,” the board added.