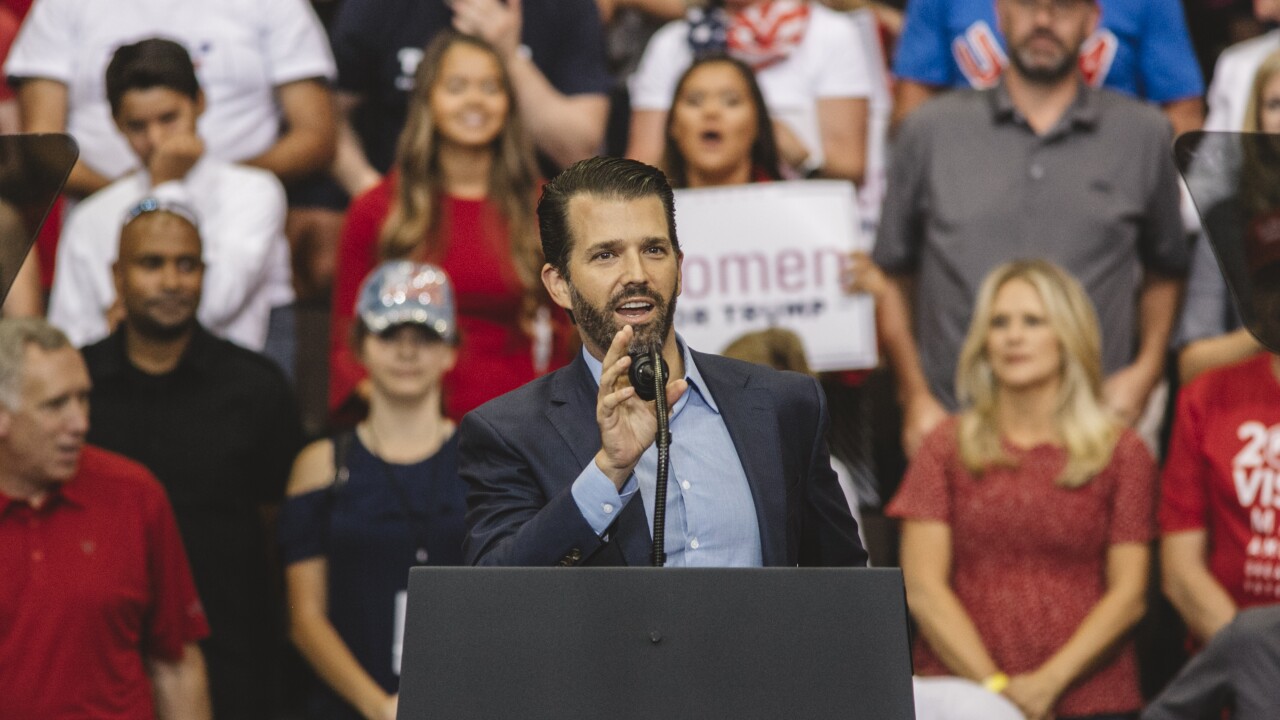 Andrew Spear/Getty Images
CINCINNATI, OH - AUGUST 01: Donald Trump Jr. speaks early in the night before his father, U.S. President Donald Trump, at a campaign rally at U.S. Bank Arena on August 1, 2019 in Cincinnati, Ohio. The president was critical of his Democratic rivals, condemning what he called "wasted money" that has contributed to blight in inner cities run by Democrats, according to published reports. (Photo by Andrew Spear/Getty Images)

The event will be held Tuesday night at the University Center for the Arts on the Fort Collins campus. The two will begin speaking at 7 p.m.

“I’m excited to announce my fall tour “Culture War” on college campuses across America! I am joining Donald Trump Jr. as we head to campus to fight on the front lines of the intellectual battle for freedom. The left thinks they have a monopoly on the minds of college students. Fight back. Prove them wrong.”

Tickets for the event are available here. Students will have priority access, according to the event page.