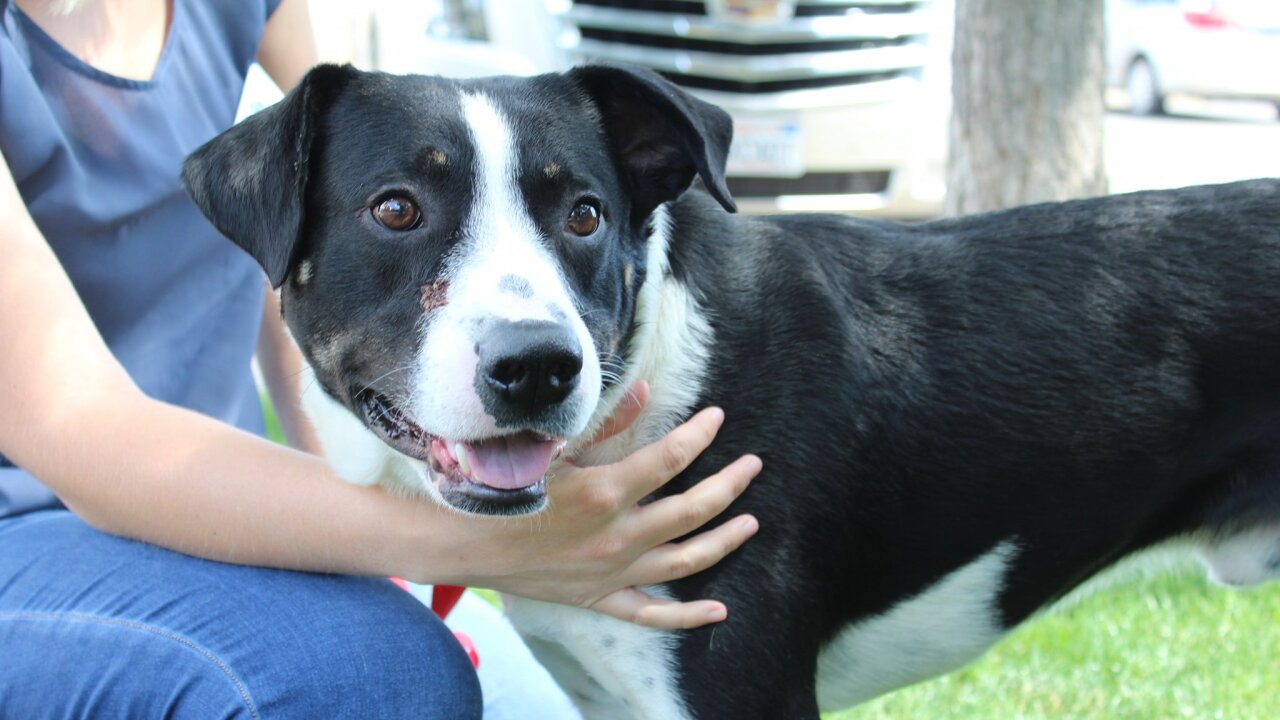 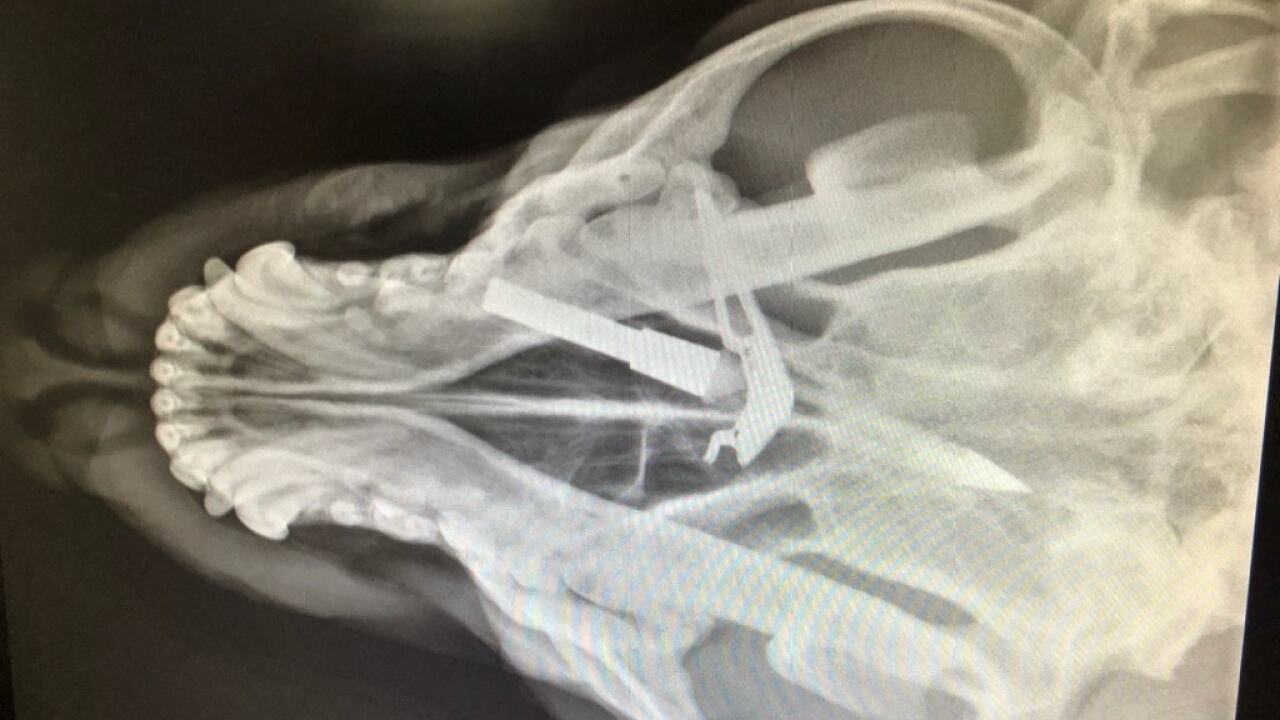 DURANGO, Colo. — A dog with an arrow lodged in his snout is in recovery in La Plata County after a successful surgery to remove it Tuesday.

On July 11, a 1-year-old border collie mix named Champ was brought to the La Plata County Humane Society (LPCHS) because his previous shelter in New Mexico was overcrowded and staff had been unable to diagnose a medical condition he had.

Initially, staff at LPCHS thought he may have had kennel cough and tried to treat that, however, his health continued to decline. They had noticed a small wound on his nose and noted his slight breathing issues, but never thought it was anything serious, LPCHS said.

About a month after he arrived, staff brought Champ to a local veterinarian for a chest X-ray. There, they finally got their shocking answer: An arrow was lodged in his nasal cavity and skull.

After looking over their options, staff decided that the only possible way to save Champ’s life was a high-risk surgery that — including post-op care — would cost more than $5,000.

As Champ went into surgery Tuesday, LPCHS put out a call for help covering the cost. Later that afternoon, LPCHS announced that the surgery was successful and Champ will stay in recovery in a foster home for the next few days.

It was not known how Champ came to have the arrow in his skull.

LPCHS is asking for donations to help cover the surgery and Champ’s continued care. Want to help? Visit www.LPCHumaneSociety.org to donate in honor of “Team CHAMPion.” You can also donate through their Facebook page at www.Facebook.com/LPCHS. As of Wednesday morning, more than $4,200 had been raised on Facebook.

The humane society said Champ is a staff favorite and has a fun, playful and energetic personality.

“At only 1-year-old, Champ has so much life to live and love to give a future family,” said Chris Nelson, Director of Animal Services. “This surgery will not only save his life, but will enhance his quality of life. We have to do whatever means necessary to help Champ live his best life.”

Nelson said they plan to release more information on his condition Wednesday.