Dockless scooters get a pass from Denver, but there are conditions 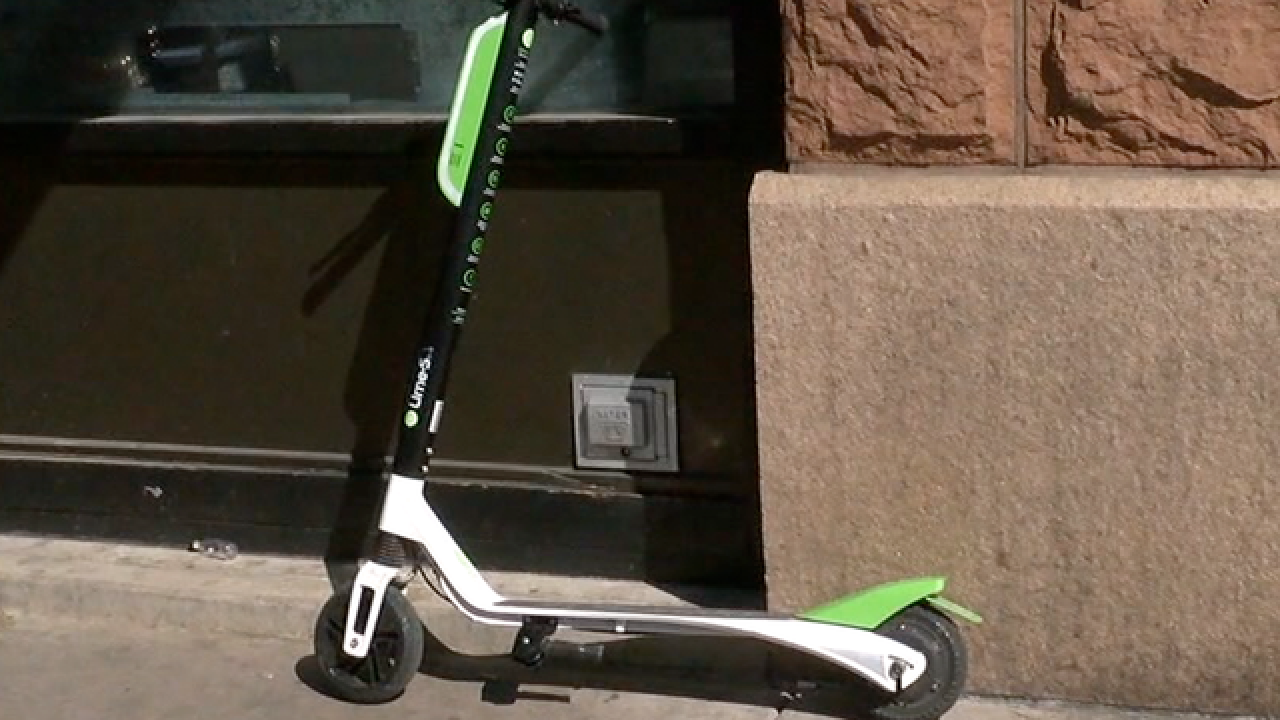 DENVER — A truce may be in the works as the battle for the streets (and sidewalks) of Denver heat up.

Denver Public Works announced Friday that it has reached out to both Bird and Lime about its intention to develop a pilot program that would allow for the two dockless electric scooter operators to continue scooting along.

The ubiquitous scooters have sparked controversy between the city and the two companies since they began popping up around Denver about a month ago.

The city claims the scooters violated city code and began confiscating the electric-powered vehicles that were left in the public right of way.

The rent-by-the-minute dockless electric scooters have proved to be very popular, resulting in complaints about uncharged batteries and close calls.

But Friday’s announcement has cooled the sour scooter scandal that has been brewing since the two companies came to town.

According to a release from Denver Public Works, the pilot program would allow the scooter companies to operate in a way “that respects our public spaces and meets Denver’s mobility goals.”

Under the pilot program, the scooters would be available at designated bus stops. Right now, the dockless scooters are scattered around the city, with no requirement from the user to drop them off at a particular location.

The city said it would be providing the two scooter companies with a way for them to apply for a permit by June 29.