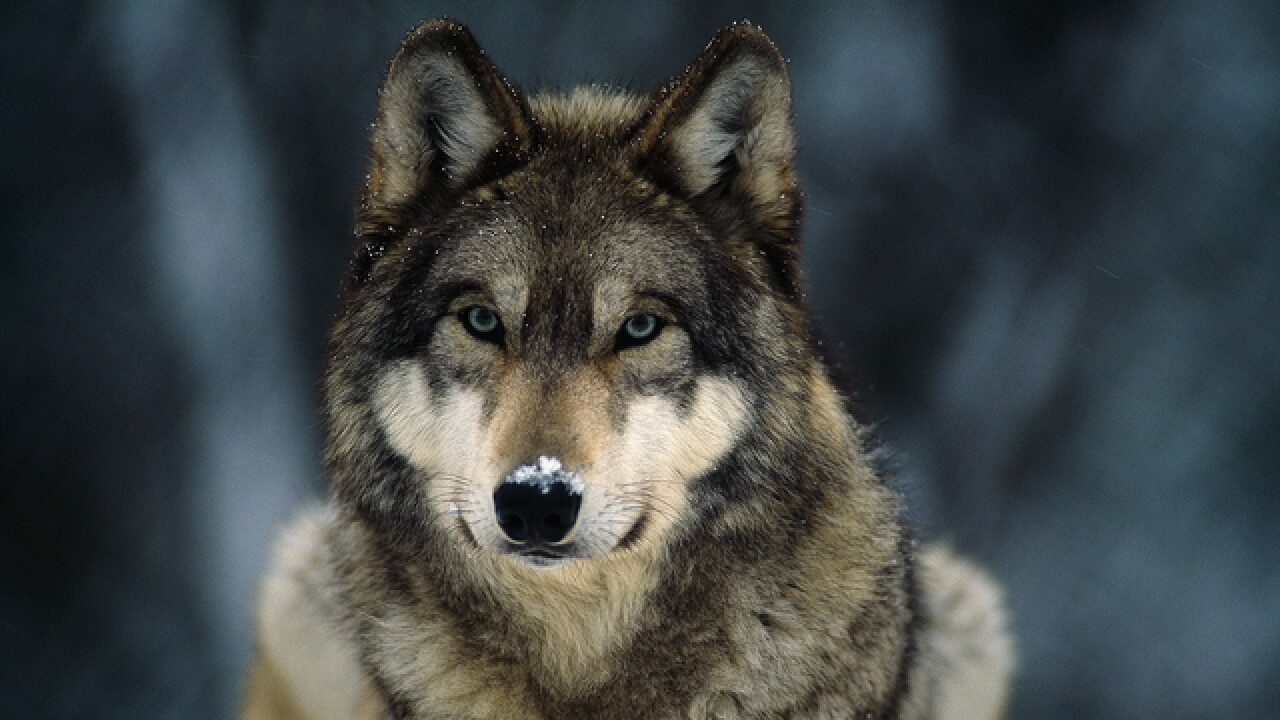 MOFFAT COUNTY, Colo. — Officials have confirmed the first documentation of a wolf pack in Colorado in more than 70 years, Colorado Parks and Wildlife announced on Thursday.

DNA testing of scat samples from near an elk carcass in Moffat County, in northwestern Colorado, from January confirmed that the samples came from wolves.

The DNA results indicated three female wolves and one male wolf and showed that the wolves were related, likely as full siblings.

“We don’t know where or when they were born," Colorado Parks and Wildlife species conservation manager Eric Odell said in a CPW news release. "We can’t say. But that there are closely related wolves is a pretty significant finding.”

In January, CPW officials confirmed a sighting of six wolves about two miles from where the elk carcass was discovered. The officers heard "distinct" howls" in the area before spotting the wolves through binoculars, the news release said.

The wolves were gone by the time officers headed their direction for a closer look. The tracks measured about 4.5 to 5.5 inches, according to CPW.

A pack of wolves was also reportedly sighted in the same area in October.

"While lone wolves have visited our state periodically including last fall, this is very likely the first pack to call our state home since the 1930s," Polis said. "I am honored to welcome our canine friends back to Colorado after their long absence."

CPW has said it will continue to work with the U.S. Fish and Wildlife Service and other federal partners to manage the wolves as they move into the area and that it is still operating under its current management direction.

Gray wolves once lived across Colorado, but the last ones were killed around 1940. Earlier this month, a ballot question was approved for November in which Colorado voters will decide whether to reintroduce gray wolves back into Colorado – on public land west of the Continental Divide – under a CPW plan that would be put together by 2024.

The gray wolf is protected under the Endangered Species Act and killing the animal could result in federal charges, including a $100,000 fine and a year in prison, officials said.

CPW asks anyone who spots or hears any wolves in Colorado to report them on their Wolf Sighting Form.