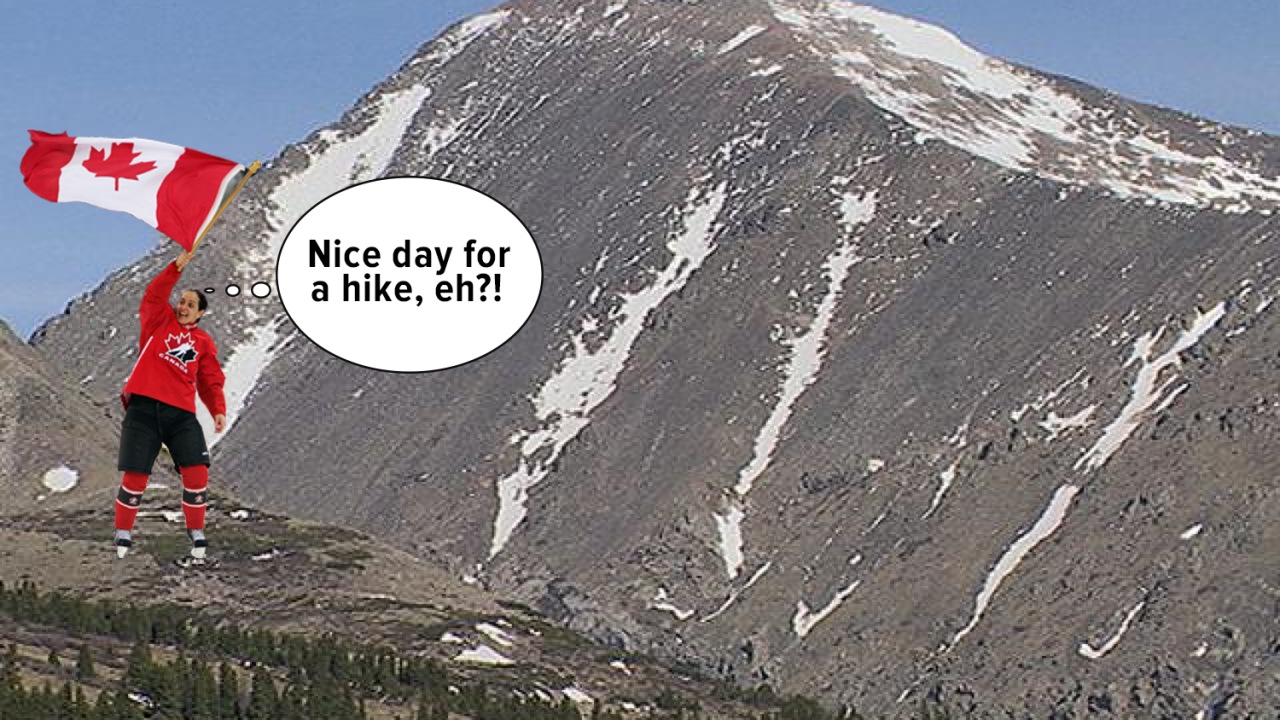 Not an actual depiction of a stranded hiker on Quandary Peak (at least we don&#39;t think it is).

SUMMIT COUNTY, Colo. – A friendly Canadian and another hiker were responsible for what was likely the most comical mountain rescue of the year Wednesday on Quandary Peak.

According to Summit County Rescue Group, crews were called to a report of a distressed party on the north ridge of the 14,266-foot mountain Wednesday when a hiker saw two men about a half-mile away who were waving and yelling.

Several rescue teams headed up the trail with rope gear, expecting to find the people stranded on a cliff, Summit County Rescue Group said. But as they made their way up, a group of hikers headed down the mountain told them that the “distressed party” was a couple of hikers from Canada being typically friendly.

“The learning point, if there is one, is that…well, hey, we love friendly Canadians, or any other friendly hikers, just as much as the next guy. But it might be a good idea to make sure that your wave doesn’t look like a distress signal,” Summit County Rescue Group said in a Facebook post.

Only the one hiker was actually from Canada, said Jim Koegel, mission coordinator for the Summit County Rescue Group. The other was from Pennsylvania. But they explained to the rescuers that an international sign for distress – at least as they knew it – is two arms pointed to the sky, forming a "Y," not a simple wave. So maybe that led to some confusion on the mountain.

"If you're going to wave to somebody, it would be good to know that they understand you're being friendly," Koegel said, and that often isn't feasible if the other climber can't hear you.

Either way, the hikers expressed their appreciation to the rescuers.

"It was a good outcome, and in fact, when we talked to them, they made a donation to the [rescue] team," Koegel said. "It was not a total waste of time."