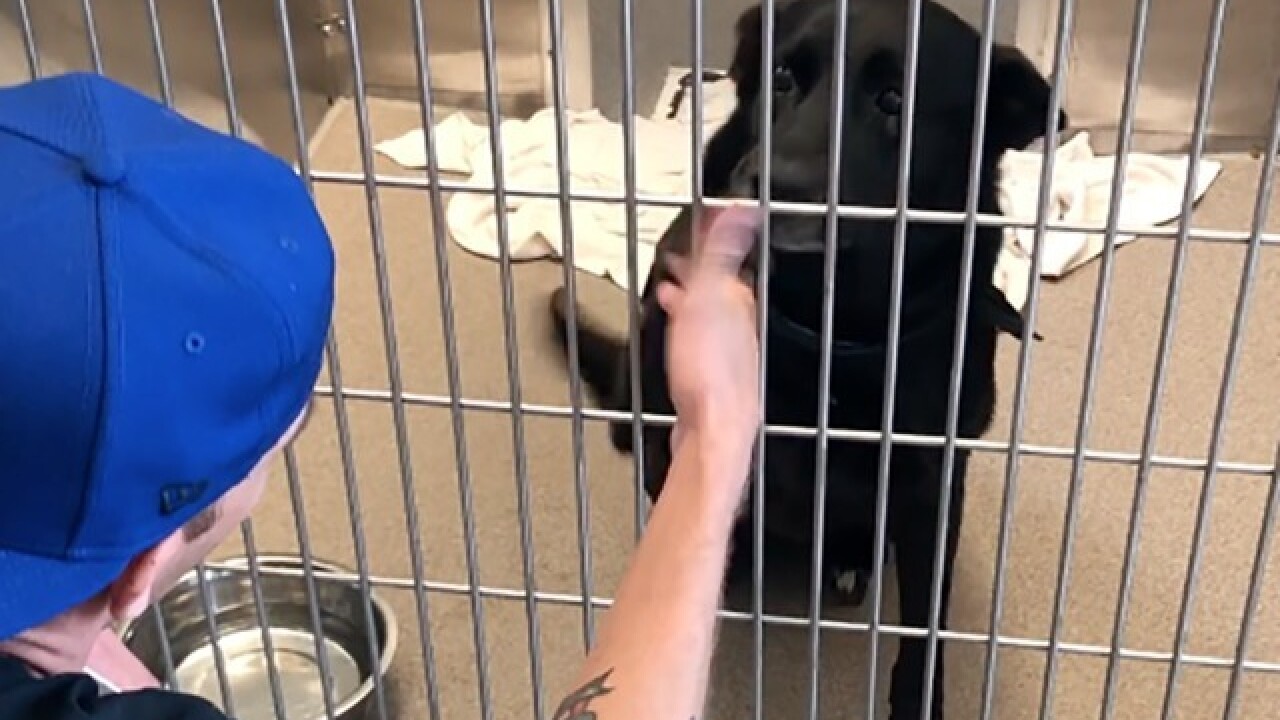 DENVER — A dog at the center of a multi-state custody dispute is going home to its original owner, the Denver Animal Shelter announced Thursday.

He traveled hundreds of miles to pick her up.

“I got her in a parking lot in a Walmart when she was six weeks old,” Senseny said. “She’s like family. She was my first kid – my first dog ever.”

But when Senseny arrived in Denver, he learned taking Molly home wasn’t going to be that easy.

The dog has been in the care of another person since 2013, and that person was claiming ownership of Molly. It’s unclear how Molly and her second owner ended up in Denver.

The animal shelter wanted proof that Senseny owned Molly. So Senseny provided shelter employees with vet records and pictures, but that wasn’t enough.

“They’re saying the other guy has pictures and vet records also for Molly,” Senseny said.

Denver7 spoke to the Denver Animal Shelter spokesperson who said they were trying to do their due diligence since this is a very emotional issue. But on Thursday the shelter announced that Molly would be returning to St. Louis with Senseny.

Hours later, Molly was released to Senseny, and the two are heading back to Missouri.