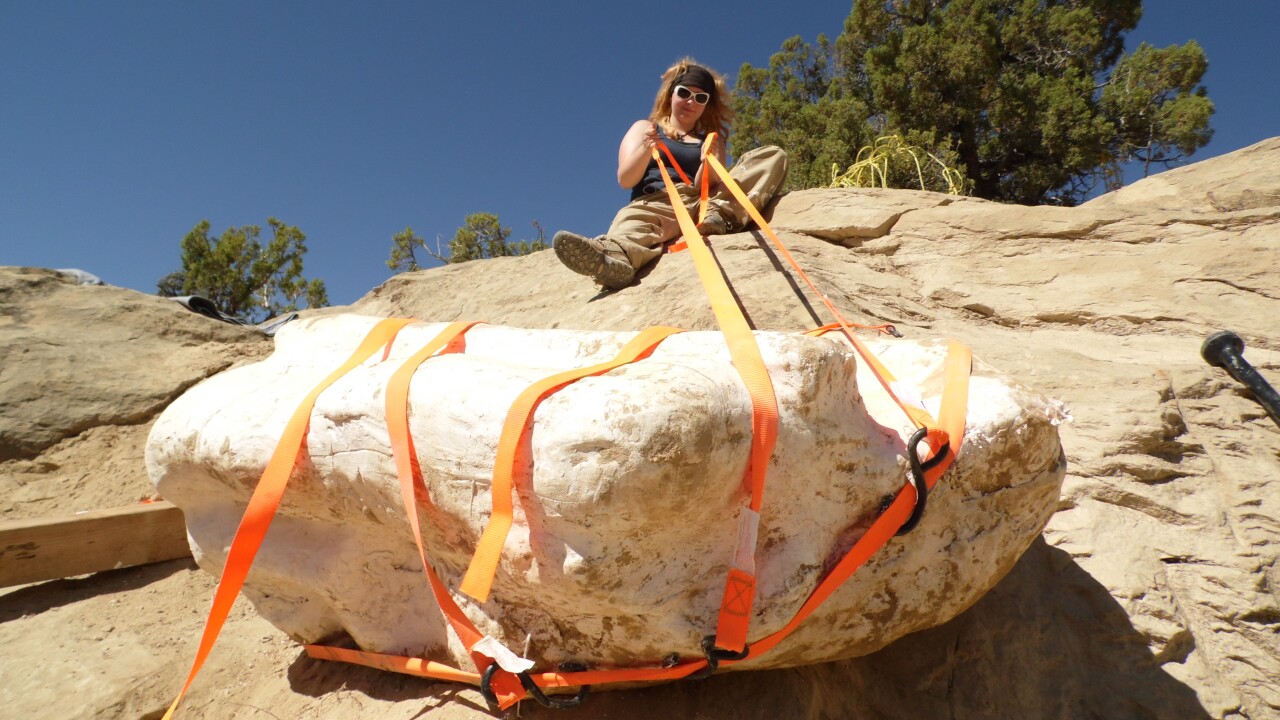 Colorado Northwestern Community College.
One of the dinosaur bones recovered in Rangely this week. 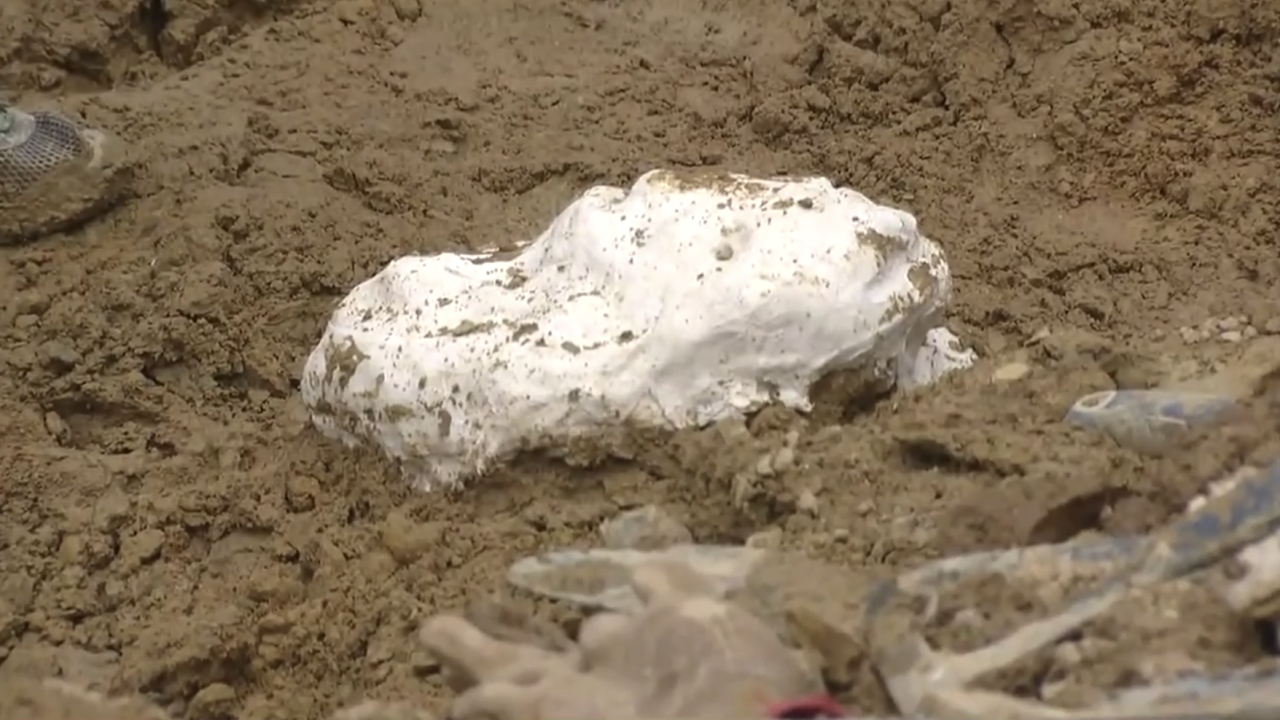 DENVER – Colorado is no stranger to dinosaur bones, and Thursday was another reminder: While a helicopter team recovered the bones of a 74 million-year-old duck-billed hadrosaur near Rangely, paleontologists in Highlands Ranch discovered more fossils of a triceratops near a retirement community.

Outside of Rangely, in northwestern Colorado, a helitack crew using a Bell 205 Huey helicopter and a 100-foot line and hook lifted more than 1,000 pounds worth of fossils from a quarry, according to Colorado Northwestern Community College, the Bureau of Land Management and the Colorado Division of Fire Prevention and Control, which teamed together on the recovery.

The fossils were discovered in 2014 by a science instructor, Ellis Thompson-Ellis, and her husband, Josh Ellis, when they were walking with their Great Dane, Walter. When the dog stopped to rest, he was right beside a dinosaur's exposed leg bone.

A team of volunteers, including faculty and students from Colorado Northwestern Community College, unearthed more fossils over the last five years and even gave the dinosaur a name: Walter.

In Highlands Ranch, a partial rib and several other bones from a triceratops were unearthed near the Wind Crest retirement community. That's the same area where a construction worker in May discovered what he thought was a fossil.

Paleontologists from the Denver Museum of Nature & Science confirmed the May finding as a triceratops bone, and crews later found a limb bone and several ribs. A team from the museum was still excavating the site on Thursday.

Colorado is one of the best places in the U.S. to find dinosaur fossils. Construction crews even found fossils while building Coors Field – thus, we have Dinger, the Rockies' prehistoric mascot.