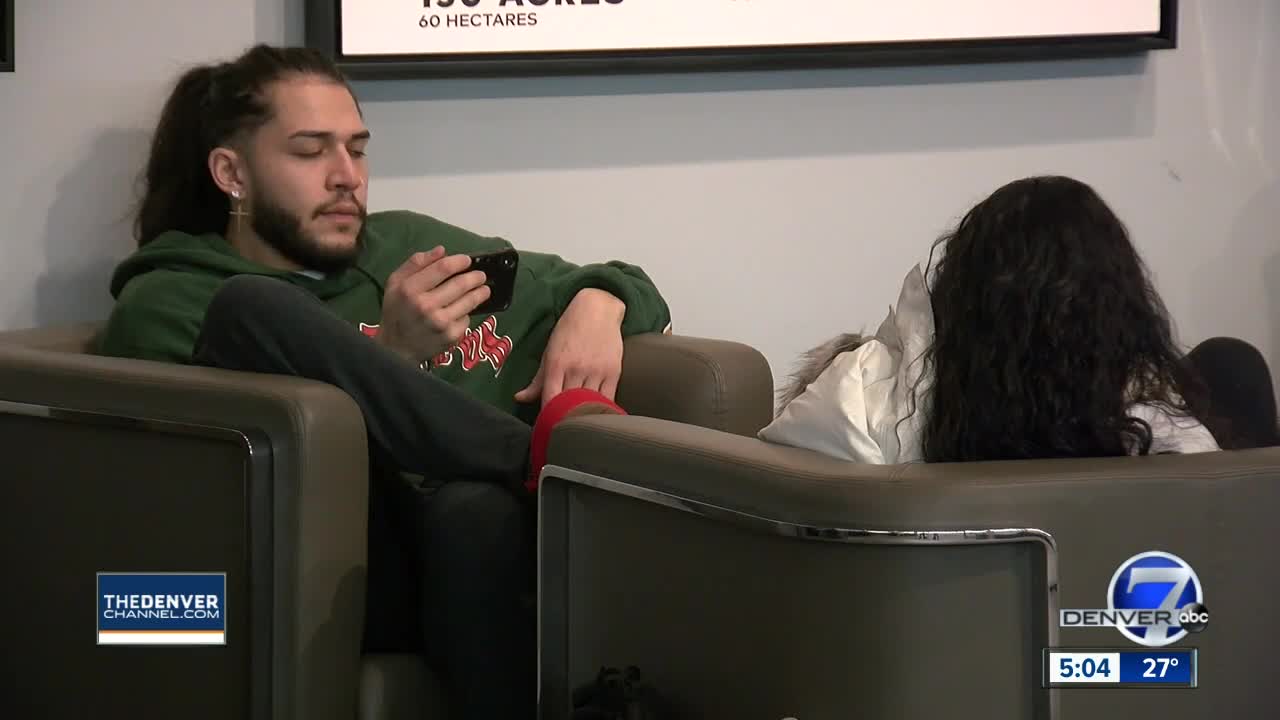 DENVER — More than 200,000 people made their way through Denver International Airport Sunday. But some found some peace and quiet in a lounge by north security.

"I've never seen it like this," said one passenger Sophia Melisaratos.

She said she was flying home to Rhode Island.

Stress can fill the airport on days like this.

"The south security was so packed, but they had us come to the north, and it's even packed down here. So, I just took a seat. I'm relaxing until it calms down," Melisaratos said.

She was waiting out the madness inside an airport lounge, a place for travelers to put their feet up and sleep if needed.

"They have this room set up, so it's nice. I'm just reading and relaxing," she said.

She said the new lounge in the main terminal beats the alternative of the lines outside.

Next year, DIA will be celebrating its 25th anniversary by adding more lounges, opening 39 new gates after the completion of the Concourse B expansion, and adding new flights to international destinations. The Great Hall project will resume in the coming months as well.