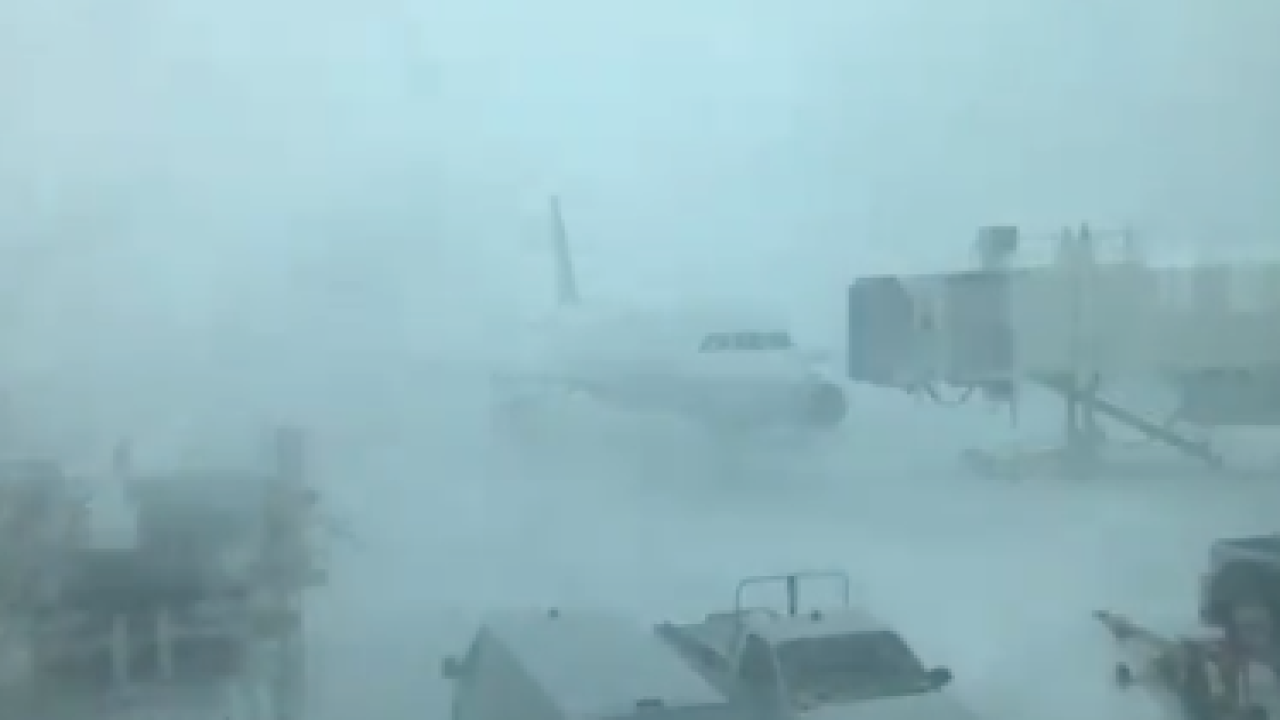 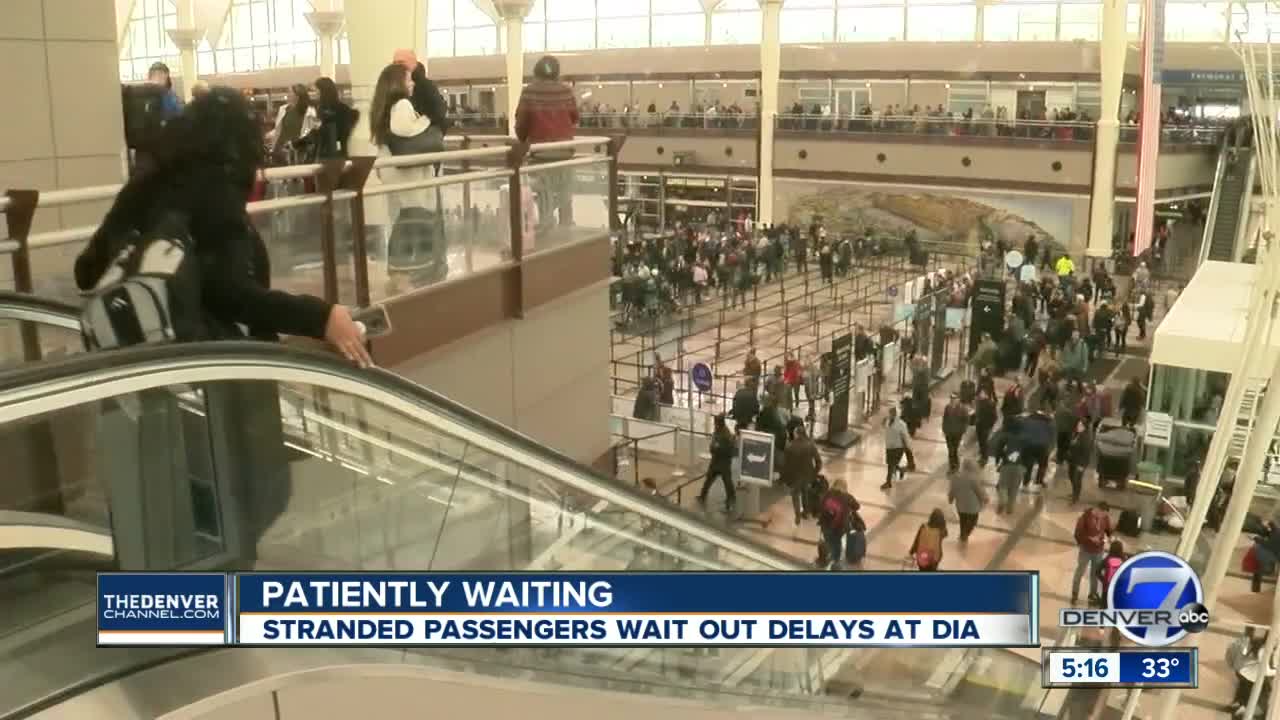 DENVER — More than 7 inches of snow paired with wind gusts up to 80 mph was a recipe for a total shutdown on the Denver International Airport runways Wednesday.

While the airport stayed open for passengers, the number of cancellations slowly increased throughout the day Wednesday. By noon, almost 1,400 flights had been canceled. All of the runways closed soon after.

Many people had to spend the night in the airport and DIA provided blankets at each of the terminals.

After midnight, things started to turn around. Four of the six runways reopened at 12:30 a.m. Thursday and most airlines expected to resume operations by noon. Still, 662 flights were canceled for Thursday.

Travelers are encouraged to check their flight status with their airlines.

About a half hour later, RTD announced that the A-Line had resumed normal services and trains had started to depart from both Union Station and the Denver Airport Station in 15-minute intervals. Because there’s still snow and ice on the ground, passengers are asked to allow 5-10 extra minutes for traveling. To check the schedule, visit the RTD website.

"As a result of the winter storm yesterday, we are experiencing longer than usual lines in our lobby as we work to recover operations at Denver and get customers safely to their destinations. We encourage customers to allow extra time and to check the status of their flight before they leave for the airport," United Airlines spokesperson Erin Benson said in a statement. The airline said it would allow anyone traveling through Denver between March 14 and March 16 to change their flight at no cost.

Both directions of Peña Boulevard to and from the airport are still icy and snow-packed. Drivers should use extreme caution, DIA said.

To check wait times for security and departure and arrival schedules, visit the DIA website here.