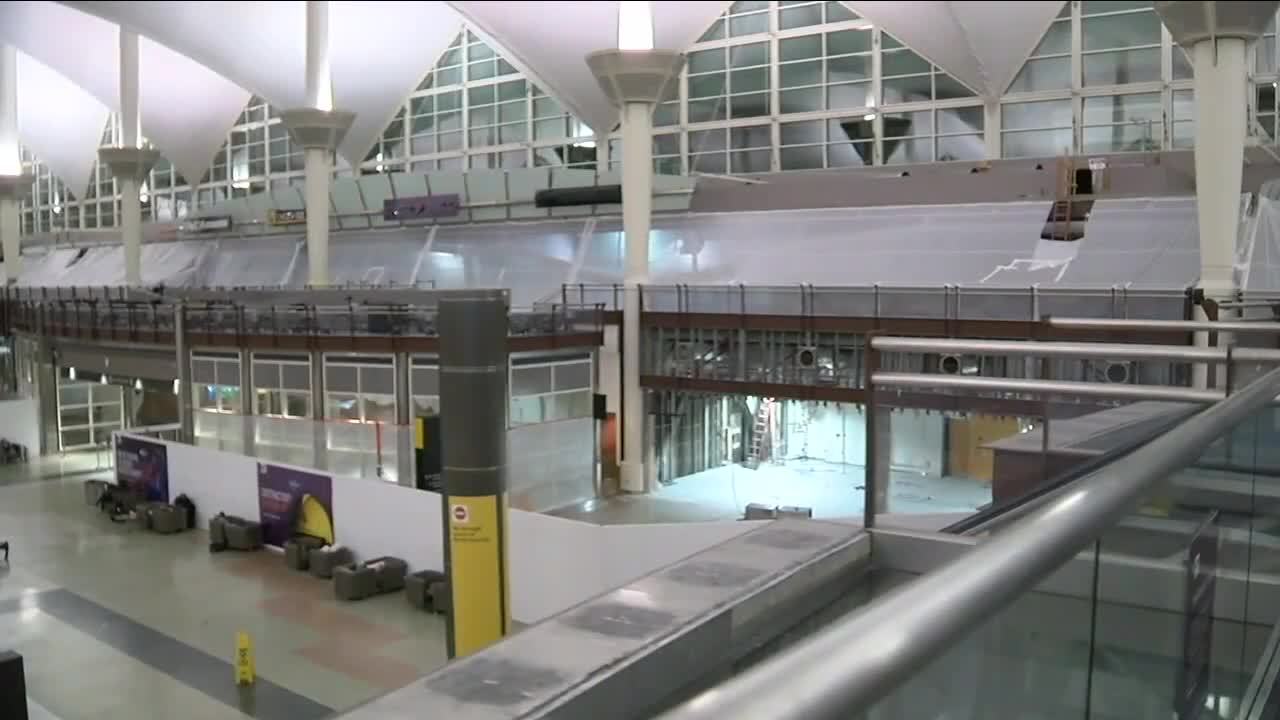 DENVER — The Great Hall Project at Denver International Airport is facing yet another issue in its renovation project because of the ongoing budget crunch.

“The airport is in a tough spot,” said Denver City Councilman Chris Hinds.

The city is looking at less money than needed to complete the project, especially one of the biggest priorities.

“The reason why we started this large project was because of the security concerns,” Hinds said.

The Denver Post first reported that officials were considering many options because of a shortfall, including not moving at least one of the security checkpoints as originally intended.

“We're committed to keeping this project under $770 million. We are committed to maintaining an improvement to the security checkpoint as a focal point,” said DIA Chief of Staff Cristal Torres DeHerrera

The termination of the initial contractor put the airport behind the proverbial 8 ball.

“They bet on a horse that, turned out, was not working out. And the proverbial changing of the horses midstream is never a good option, yet that was the option that we had to take,” Hinds said.

“The budget cards that we are feeling is that the termination did impact the amount of funds that we have left,” DeHerrera said.

So to make the last of the money in the budget work, the airport is looking at different options to improve security measures.

“We're at the point where all the decisions are hard. And we’re trying to make the best decision that you can. And I just will go back to — no decisions have been made yet,” DeHerrera added.

The airport is considering only moving one security checkpoint to the top instead of both, as well as keeping them where they are, with more protocols like higher barrier walls and enhanced surveillance in place.

“We hope to have a decision made later this year,” DeHerrera said.