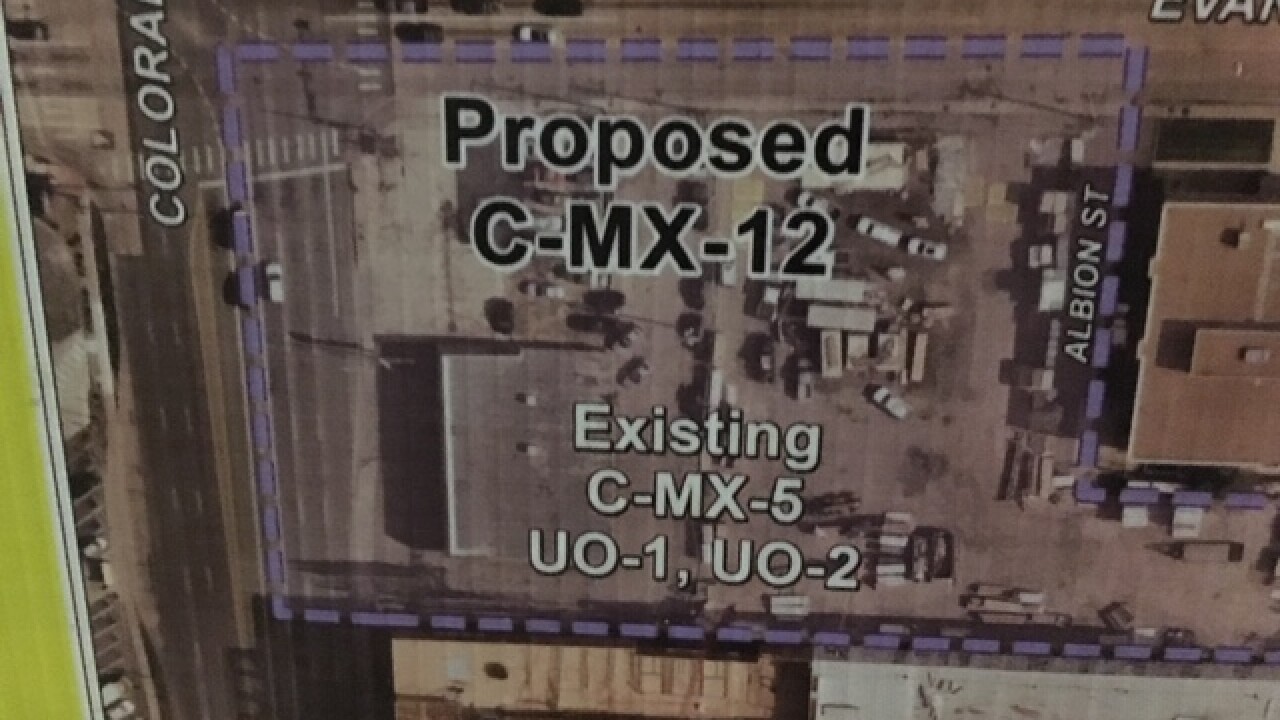 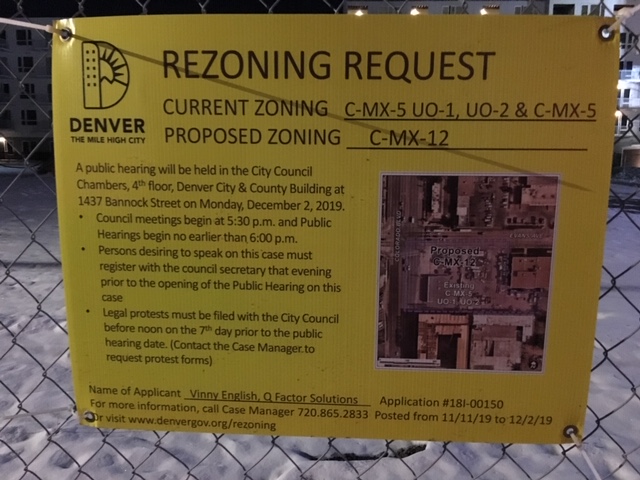 DENVER — Big changes are planned on the southeast corner of Evans Avenue and S. Colorado Boulevard.

A developer is requesting a zoning change that would allow his company to build a 12-story apartment building, and an 8- or -story hotel, on property where a dry cleaner, former liquor store and parking lot now stand.

It's where people used to party at the Deadbeat Club before it was gutted by fire in 2015.

The Denver City Council will vote on that re-zoning request, following a public hearing on Monday night.

On Oct. 22, English told the Denver City Council's Land Use, Transportation and Infrastructure Committee, that the hotel would have 120 to 130 keys, and the apartment tower would have 86 residential units.

"The hotel is currently slated to be the flagship piece, in addition to an elevated restaurant currently planned that will bridge the hotel to the residential building," he said.

Hecomovich told the committee that square footage for the two towers would be the same as if they built five stories from property line to property line.

She said going higher would allow more open space between the buildings.

"It will just give it a nice feel and allow for a lot of interaction and ability for the neighborhood to connect and enjoy the new space," she said.

While it fits the bill for Denver's transit oriented development goals, (sitting near a light rail line) it's also alongside traffic clogged Colorado Boulevard.

Neighborhood resident Tristan Querard said he worries about that.

"I think it would raise traffic levels," he said. "And it would just be kind of chaotic, I think."

But Querard, who has lived in Denver for three years, said if Denver continues to grow, "we should definitely start building up, instead of spreading out."

"There are a lot of issues with transients and theft," she said. "Perhaps a new (development) like that could improve the area."