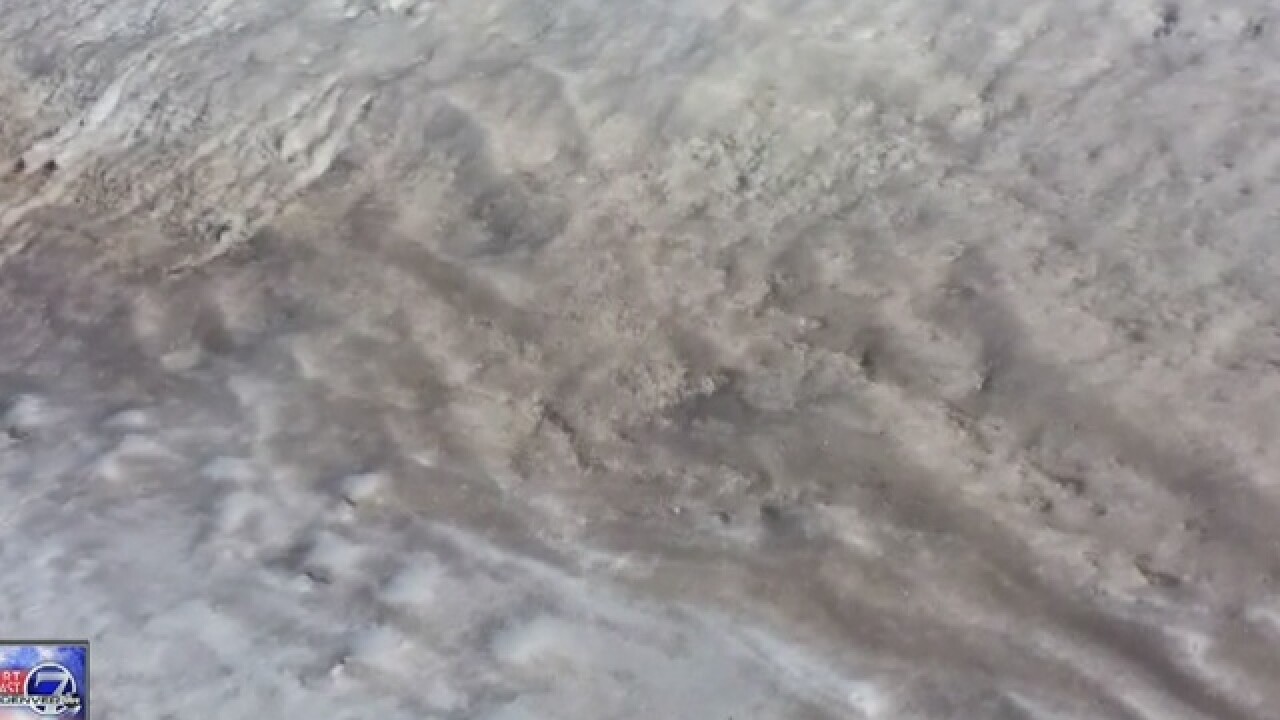 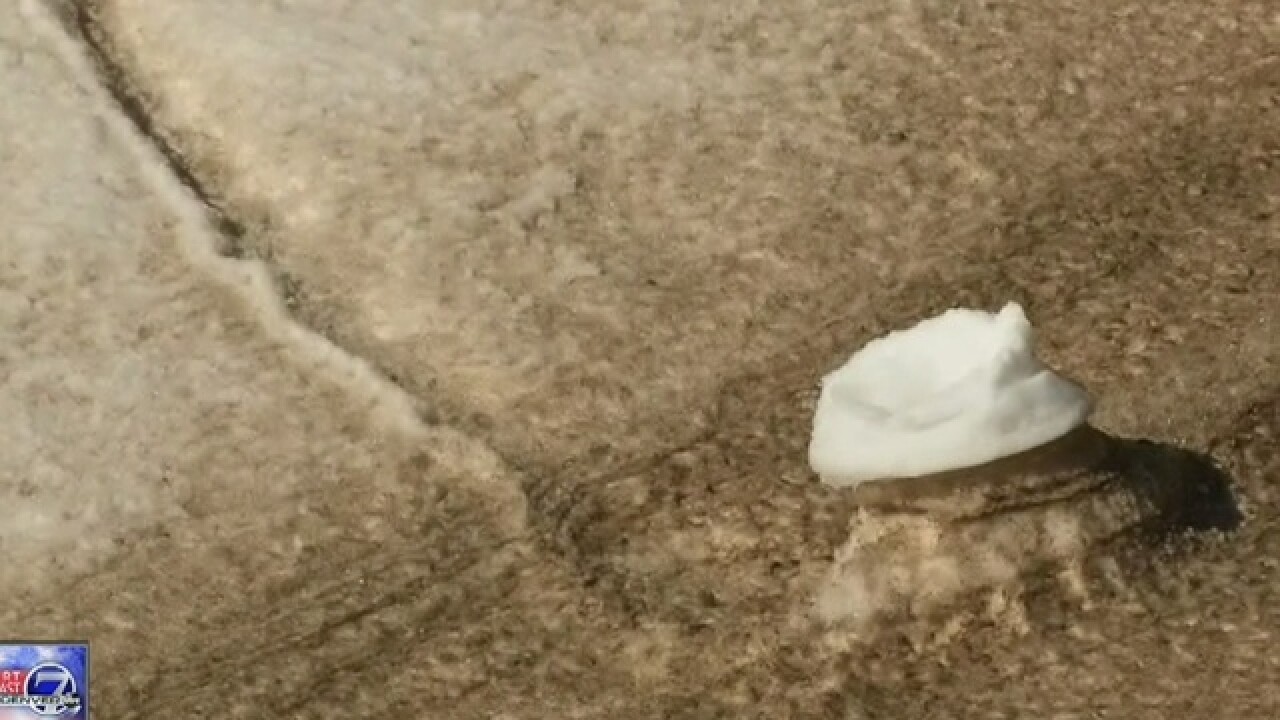 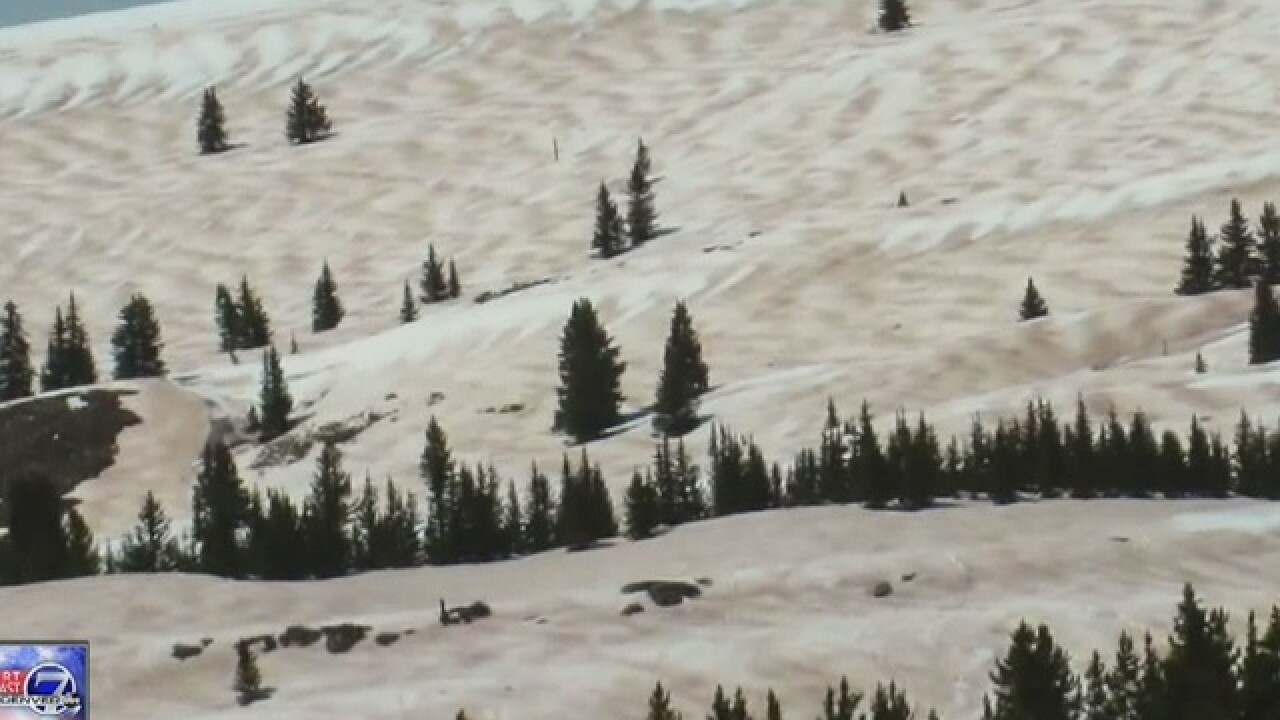 Desert dust is littering Colorado’s trademark white powder snow and having a big impact on the spring runoff.

"It's a big problem that many people don't realize,” said Jeff Derry, the director of the Center for Snow and Avalanche Studies.

Scientists like Derry call it a “dust on snow” event.

They typically occur in the spring when storms pull dust out of the desert southwest and spread it out over the Colorado mountains.

Record winds from a storm back in February blew in loads of desert dust.  It’s since been covered up with more snow.

"Eventually that dust layer will emerge to the surface of the snowpack," said Derry.

Derry says the dust can advance when the snow completely melted by up to 50 days, which can rob a river of up to 5 percent of its annual runoff.  That’s about a billion cubic meters of water for the Colorado River.

"When the water melts earlier, the plants become active earlier, and they use more water,” adds Derry.

Global warming plays a role in the process as well.

Scientists believe an increase in “dust on snow” events over the last decade may be the result of soil destabilization in the source region of Arizona and Utah.  It’s not warm air temperature that speeds up the snowmelt, it’s the actual radiation from the sun that does the job.

A 60-degree day with full sun will melt more snow than a 70-degree cloudy day.  Dirt absorbs the solar radiation melting the snow around it, while clean white snow reflects the radiation preserving the snowpack longer.

"Colorado is a headwaters state, and you can think of our mountains as water towers for the west," is how Derry describes it.

"It really makes you worry about all sorts of things, from water management, to rafting, to skiing."