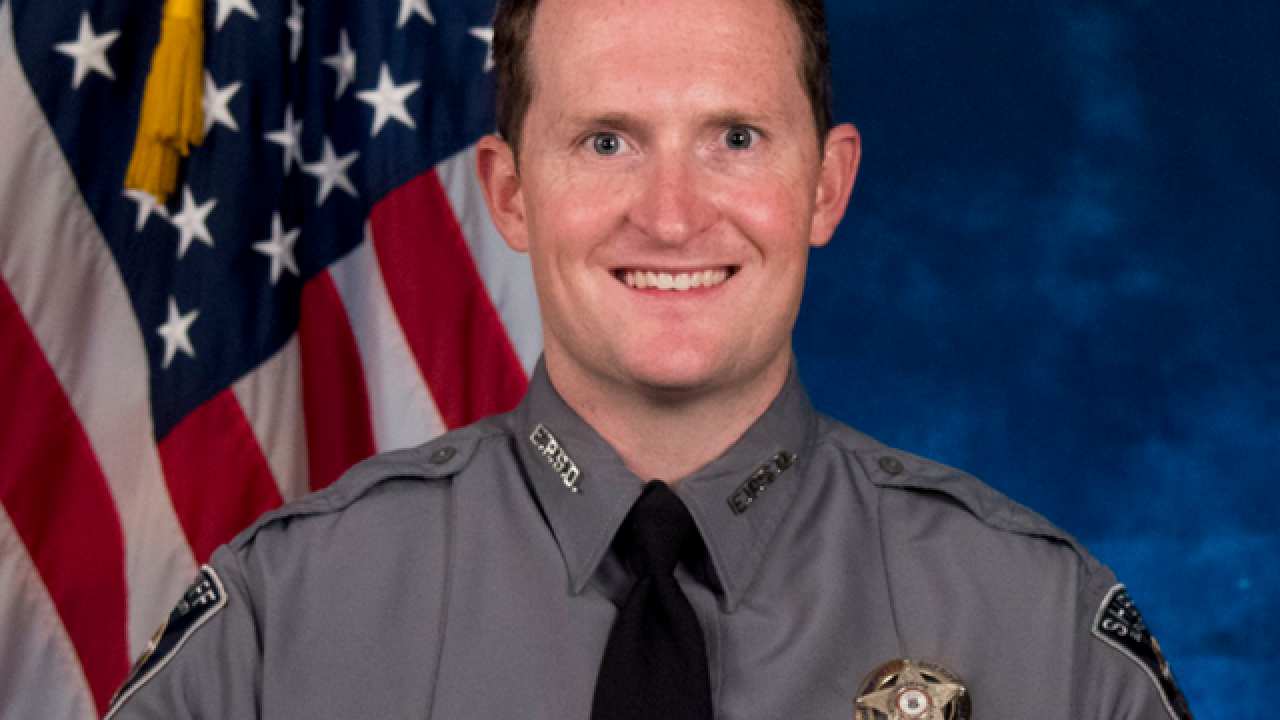 COLORADO SPRINGS, Colo. — The 34-year-old El Paso County Sheriff’s deputy killed in a shooting in Colorado Springs was a father of twins and a well-liked member of the force, celebrating his 11th anniversary the day he was shot.

Deputy Micah Flick was shot and killed Monday afternoon during a struggle with a vehicle theft suspect. Two other deputies and a Colorado Springs officer were wounded in the shooting. The shooting suspect was killed.

El Paso County Sheriff Bill Elder told reporters Tuesday that Flick was well known and respected in the sheriff’s office and the community.

“Almost everybody in this agency knew him,” said Elder. “They knew he was not only a great deputy, he was a great father, a great husband and a great friend to many.”

Flick grew up in the Colorado Springs area and attended Christian schools. He started with the sheriff’s office in 2006 and quickly rose through the ranks, Elder said.

He was married with 7-year-old twins, a boy and a girl. Elder spent several hours with his family following the shooting and said they are heartbroken.

“A brave, honorable young man was taken in senseless violence,” said Elder. “This is a good man. This is a great father.”

Elder asked the community to pray for his office and Flick's family.

“I ask that this community, this state and our great nation pray for the El Paso County Sheriff’s Office and to hold the Flick family up in prayer,” he said.

Monday's incident marks the third officer killed in the line duty in the state since Dec. 31.

Flags were lowered on state buildings at the order of Gov. John Hickenlooper, who said that the deadly violence against officers is having a "grave impact" on Colorado.

"We will once more come together to provide sympathy and strength for the deputy's loved ones and pray for the recovery of those injured; however, we also must come together and say enough is enough," he said in a statement.

Funeral services for Flick will be held on Saturday at 1:00 p.m. at New Life Church, located at 11025 Vayager Parkway in Colorado Springs.

Donations for the Flick Family can be made at the El Paso County Sheriff’s Office Foundation, 1980 Dominion Way, Ste. 200. Colorado Springs, CO 80918.