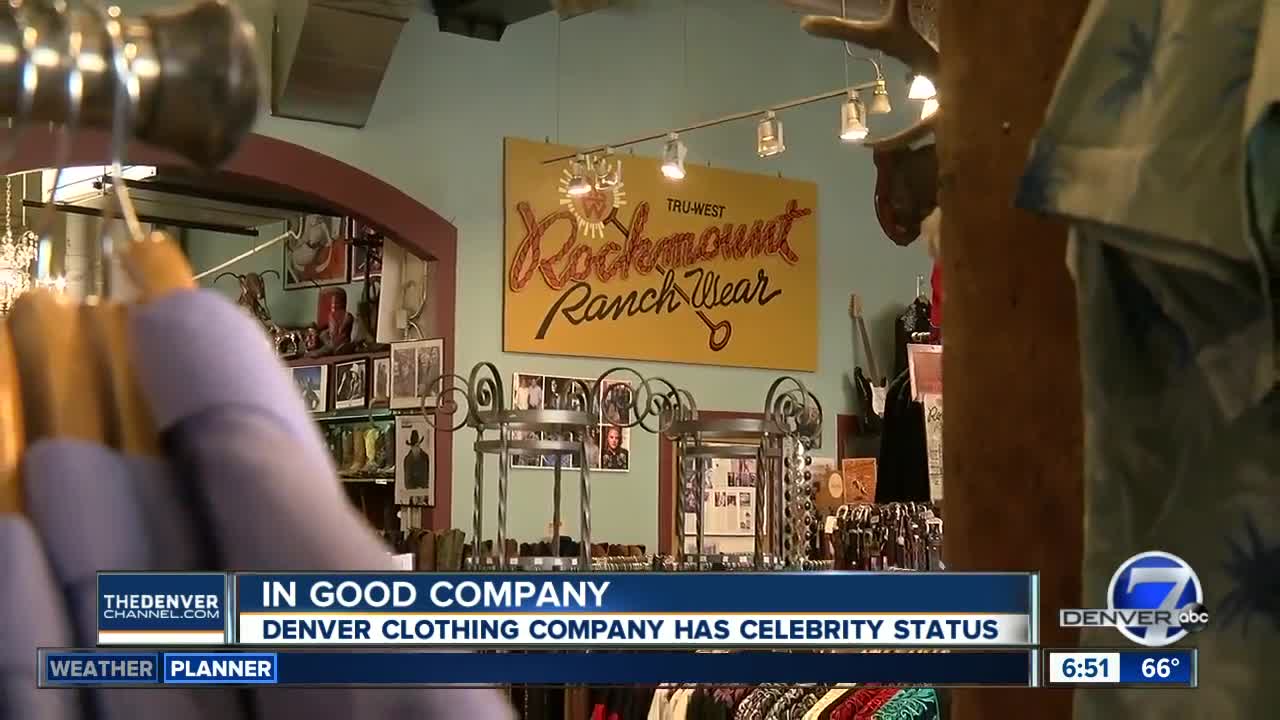 The first thing people typically notice about Colorado is the scenery. But maybe the second should be the style. And nothing says mountain chic like Rockmount Ranch Wear.

DENVER — The first thing people typically notice about Colorado is the scenery. But maybe the second should be the style. And nothing says mountain chic like Rockmount Ranch Wear.

The iconic downtown Denver store spans 70 years and has caught the eye of countless celebrities. But this fashion statement is more a state of mind, and odds are, you’ll find something that speaks to you.

Steve Weil is the third generation in his family to run Rockmount Ranch Wear. His grandfather, Papa Jack, invented the shirts with button-down snaps on the front and pockets.

“You know the fact that that came from LoDo in Denver, is kind of cool,” says Weil. “And it's now something that's worn worldwide.”

Rockmount designs, manufactures, and sells their merchandise out of an unassuming storefront in Lower Downtown, but you will see their one-of-a-kind offerings everywhere.

Their fame is thanks-in-part to Elvis Presley, who donned one of their shirts in the movie "Love Me Tender".

“And, I said, ‘Oh that's interesting. It's a Western shirt,” said Weil after watching a retrospective of Elvis Presley in the 1980’s. “And, I start looking more closely, and he wears it throughout the film. We made it! I knew it was our shirt!”

“It's remarkable because we're a little company,” said Weil of Rockmount’s celebrity status. “And the fact that they know we're here and they come here unannounced — Bob Dylan, Robert Plant and David Bowie … And, if you go on Rockmount.com under ‘celebrities’ it's endless. It's amazing.”

So, what makes their apparel so appealing?

“It's the pattern. It's the touch. It's the make,” says Weil. “This design here, with the sawtooth pockets and the diamond snaps, that is the longest-running shirt design in America.”

It’s a style that has defined America for decades, and it still manages to fit in with modern trends because the freedom it represents never changes.

“We remain unique. We don't look for others for inspiration,” says Weil. “And people get that. They come here seeking us.”

Rockmount only started selling to customers at their location (1626 Wazee St, Denver, CO 80202) when many of their retail outlets closed.

It’s a move Weil says not only kept them afloat in a competitive clothing industry but has since proved very profitable.