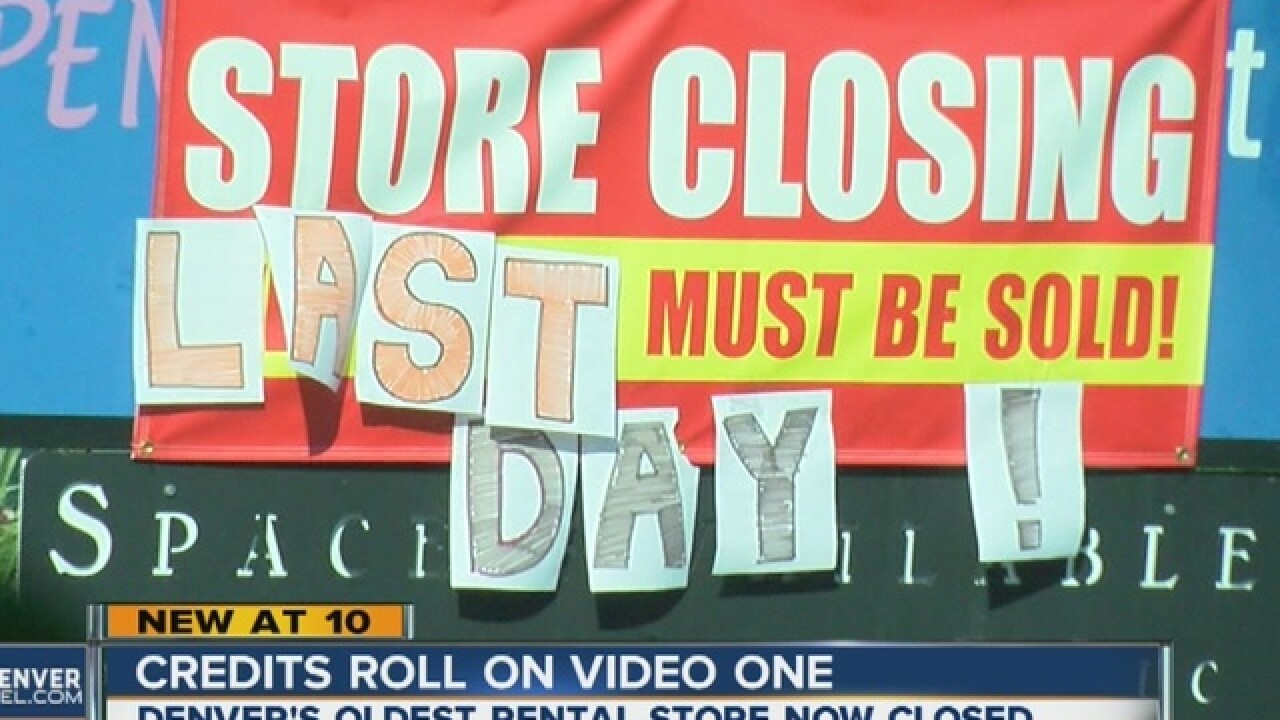 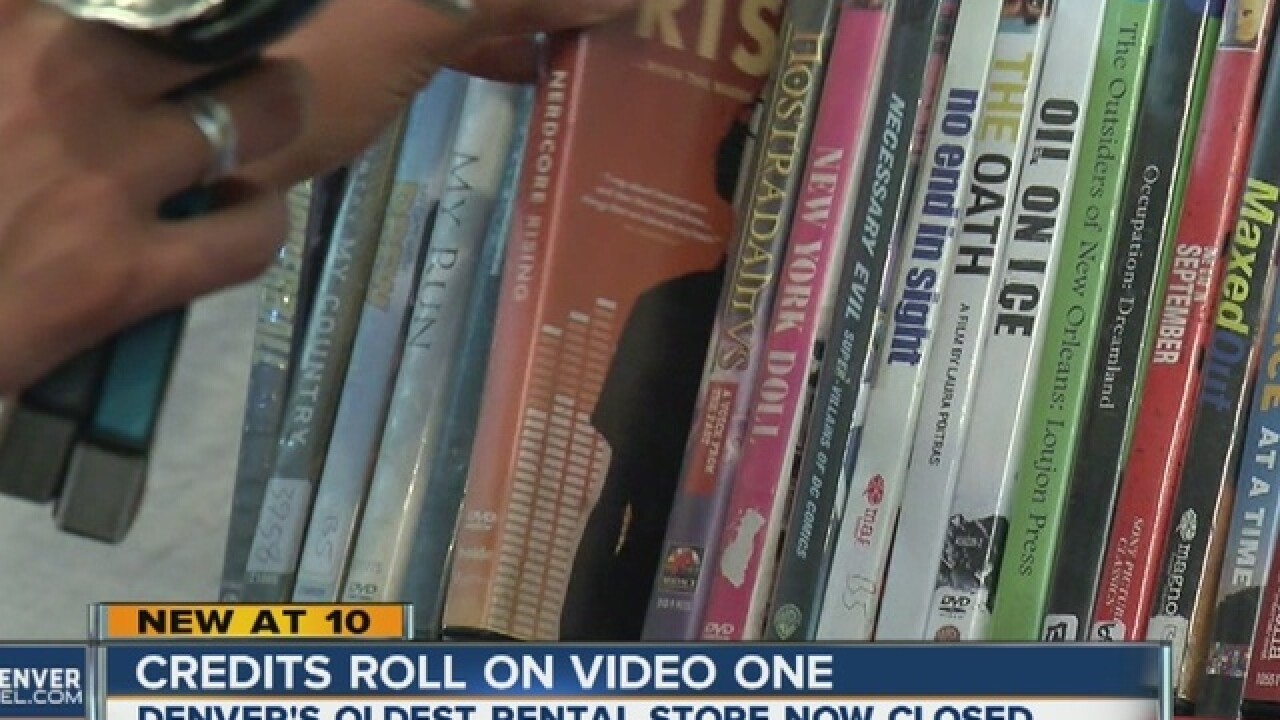 Video One, a mainstay on Capitol Hill for more than a generation, shut its doors for the last time Sunday night.

“We are closing up shop mainly because we can’t pay our bills anymore,” he said. “The rent was $3,600/month and the last few months, we’ve been a couple of weeks late.”

Hahn, who worked for Video One for a number of years before purchasing it, said they were able to fend off competition from the chain stores and video mail services because they offered hard to find movies “that you couldn’t find anywhere else.”  But, he said, they couldn’t survive the onslaught of streaming services.

“Winter was always our busiest time of year,” he said, “but for the last two winters, we were barely breaking even.”

He said for the last few months, they were losing money.

Loyal customers like Lisa Daniel, whose family lives across the street, are saddened by the closure.

“It’s like an icon of Denver is going away,” she said. “We’re going to miss it.”

“They’re all fine,” she said, “but somehow, there’s never a movie we want to watch.”

The Denver mom said she enjoyed getting recommendations from the knowledgeable clerks.

“It’s great to go in and be reminded of some movies that you haven’t thought of in a while,” she said.

Other customers said they too are sorry to see Video One close.

“The only thought I have right now about this place is we need to keep it,” said Rider Spangler. “In a few years, places like this will come back as antiques.”

“I’m a batman junkie,” said Asa Poole.  “I watch every cartoon, every live action lego movie.  You name it, if he’s in it, I watch it.”

Poole says he came to Video One because it has DVDs he can’t find anywhere else.

“He’s got a season of 'Arrow' over there.  He’s got a whole bunch of 'Box' seasons that I have not found anywhere but here,” Poole said.

Ross Widney says he came to Video One because of its selection of foreign language films.  He said he's learning other languages and that he prefers brick and mortar stores to shopping for movies online.

“It’s kind of nice to actually pick up a movie and flip over the box and figure out who the producers are, who the actors are and just to read more about it,” he said.

When asked what he’ll do with his unsold inventory, Hahn said he hopes to sell many of the regular DVDs in bulk, at a low price to the other remaining video stores in Colorado.  He said there are about a half dozen stores left.

He said the rarer movies, many of them art house or foreign films that are harder to come by, he will sell online via Amazon or e-Bay and that he expects to get top dollar for them.

Hahn said he’s been surprised to see so many shoppers stop in, who had never been to the store, or who hadn’t been in in for quite some time.

He said many expressed sadness about the closure.

“I guess, I’ve had a lot of time to think about stuff and plenty of opportunities to cry my little eyes out about this store when no one else is around,” he said, “We’ve been part of this neighborhood for 33 years.”

But he said it’s time to move on.

When asked what he intends to do next, Hahn said he’s moving into the marijuana industry.

He said he’s designed a hash pen that several other people in the cannabis industry have expressed an interest in.  He said he’s sold $80,000 worth of them so far and that’s what he intends to focus on.

“It caters to the mad scientist in me, where the video store didn’t really do that,” he said.