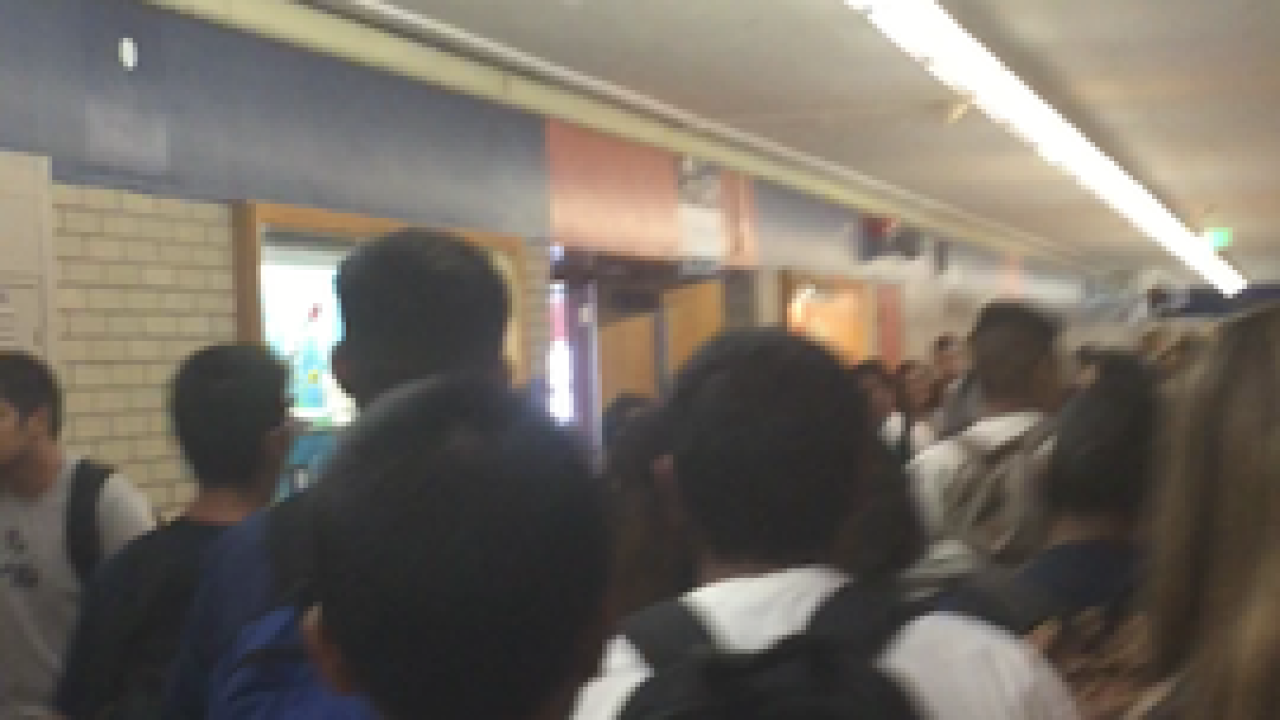 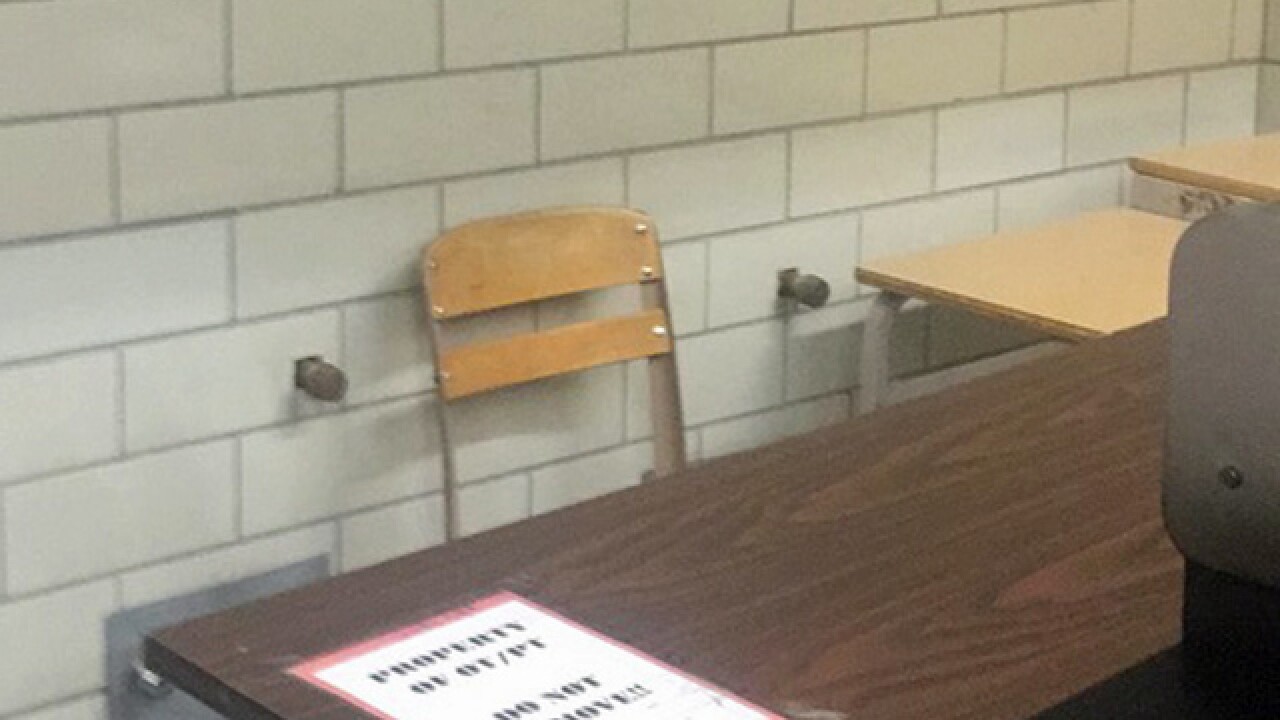 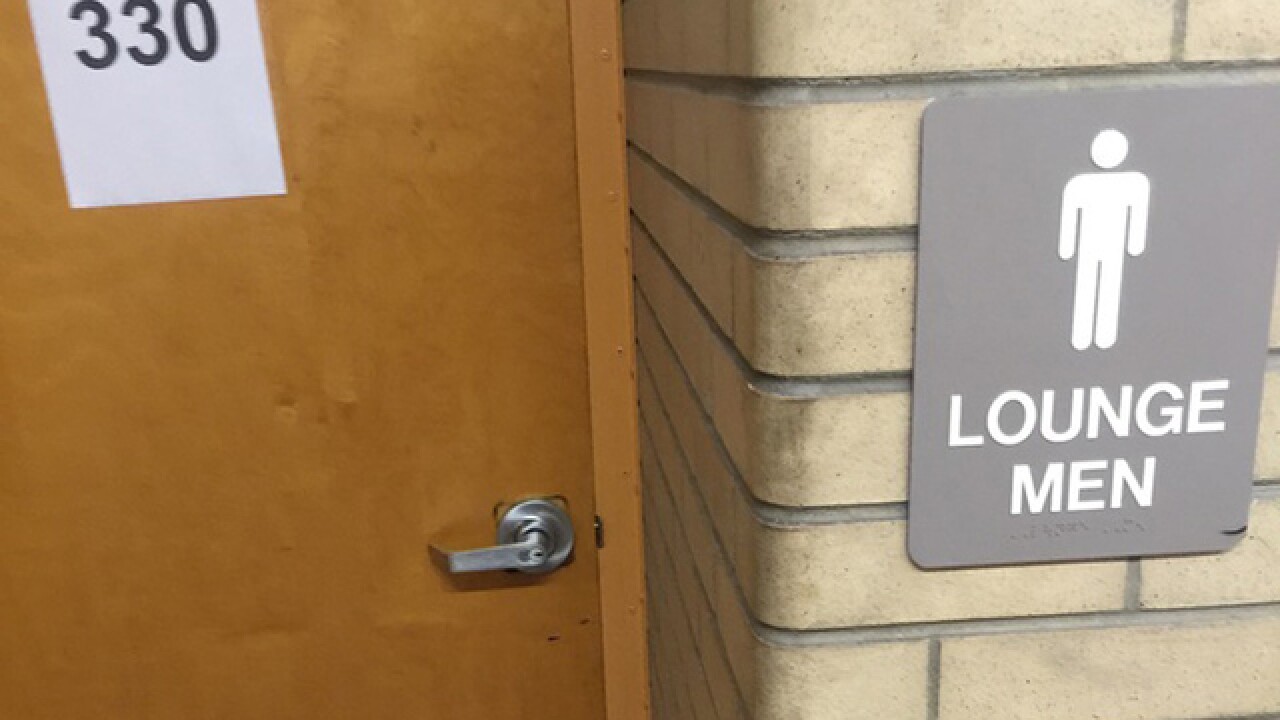 Students at Denver's Abraham Lincoln High School are protesting the placement of a middle school in their building, which they say is already overcrowded.

Photos taken by students show the problem. There's a restroom that has been converted into a speech therapy classroom. There are long lines at the cafeteria where kids eat on the floor because there isn't enough table space. Photos show hallways so crowded, students are late to class.

Students point out that the school is already sharing its campus with Respect Academy.

7NEWS requested a tour of the school on Thursday, but our request was not granted.

However, Susana Cordova, Denver Public Schools' Chief Schools Officer, said enrollment is actually down at Lincoln, with about 1,350 students in a school that once housed 2,000.

Cordova says there is a need for high-performing middle schools is southwest Denver, and Lincoln has the space to share.

"We do think that there are some things that we’ll need to do to the current Lincoln campus to make sure there would be space," said Cordova. "For example, there may be some rooms that are currently used for storage that we would want to re-fit into classrooms. They might have started as classrooms and then been turned into storage. We’d like to return those rooms into classroom space."

It was not clear why those storage rooms were not converted into a classroom instead of a restroom, but Cordova said this is an opportunity to strategically improve the use of the campus.

"We would make sure the campus could fit the students and all the needs that they have for all programs," she said.

Cordova said DPS has at least 20 schools that take part in building shares.

"Moving a middle school into our high school doesn't solve the inequities that we have today," said Lincoln High english teacher Jocelyn Palomino. "They don't have iPads like some of the other districts. In our library, not all of our computers work, so there are issues at Lincoln that need to be fixed before you bring in 300 middle school children."
Palomino shared a classroom last year, and one of the photos provided to 7NEWS shows a cart on wheels stacked with all the items that would normally be on a teacher's desk and in their own classroom. Instead, those items need to be mobile to swtich rooms.
"It takes away from the student's learning because when you shift classrooms, you're not ready. You have to set up the promethium board. There's downtime for the kids to act up, and they will," said Palomino.
On Wednesday night, the school board voted on new middle school programs for southwest Denver, but the vote approving Lincoln High as a placement location happens on Oct. 15.