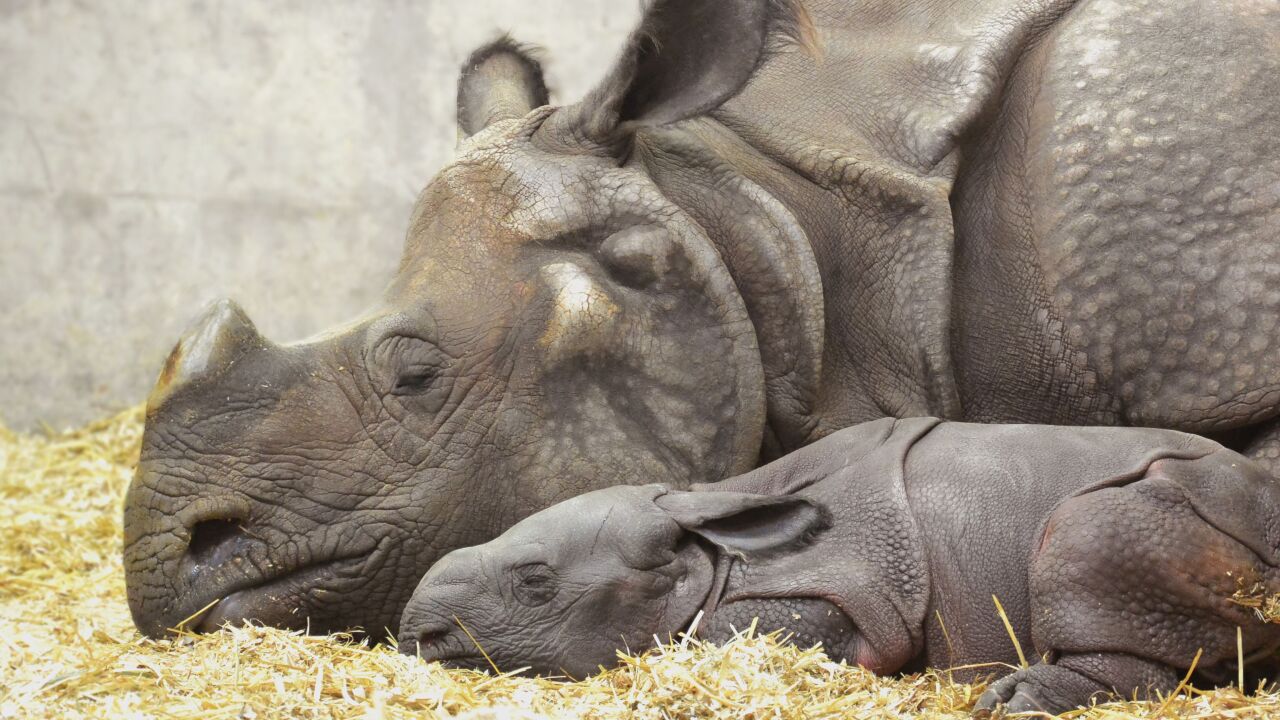 The zoo's resident female rhino, Tensing, 13, welcomed her first calf, also a female. Both Tensing and the calf were doing well this week, according to the zoo's animal care team. The calf doesn't have a name just yet and she'll remain behind the scenes for about 6-8 weeks, as she bonds with Tensing.

“The birth of this calf is the result of a truly heroic effort by our animal care, health and science teams and partners from other zoos to support the species,” Brian Aucone, the zoo's Senior Vice President for Animal Sciences, said in a news release.

Tensing became pregnant in December 2018 after 11 unsuccessful artificial insemination procedures, according to the zoo. The baby rhino's father is a 10-year-old named Jontu from the Henry Doorly Zoo in Omaha.