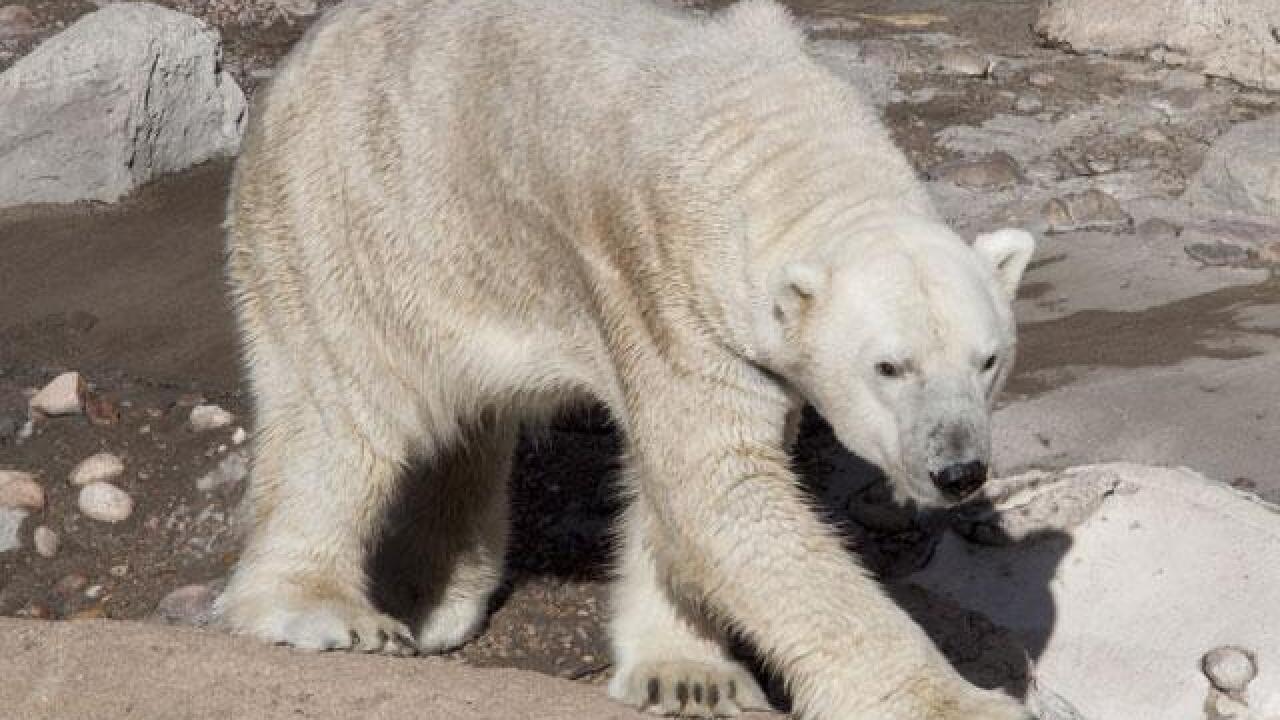 DENVER – It’s time to say goodbye to Cranbeary and Lee – at least for now.

The Denver Zoo’s two polar bears will be relocating to other zoos in the United States for an unspecified amount of time so they can be paired with mates for breeding.

Cranbeary, 16, will leave for The Alaska Zoo later this month and Lee, 18, will head to Columbus, Ohio sometime later in the fall, the zoo said.

The polar bears are relocating as part of the Association of Zoos and Aquariums’ species survival plan, which aims to ensure the animals’ survival and the health of their gene pool.

“There is a tremendous need to support the species through the [species survival plan[ due to a decline in the population of polar bears in zoos and growing pressures in the wild caused by climate change and other human activity,” said Brian Aucone, senior vice president for animal sciences at Denver Zoo. “We strongly feel the need to do our part to help protect polar bears, and believe Cranbeary and Lee will play an important role in that effort by pairing up with new partners at other institutions.”

After Cranbeary and Lee make their exits, the polar bear exhibit will be renovated for the zoo’s grizzly bears, Kootenai and Tundra. The zoo plans to then raise funds to construct a new, better polar bear habitat.

The zoo will be holding special presentations to educate the public about polar bears (and say goodbye to Cranbeary and Lee) every Saturday and Sunday at 12 p.m. starting on Oct. 6.