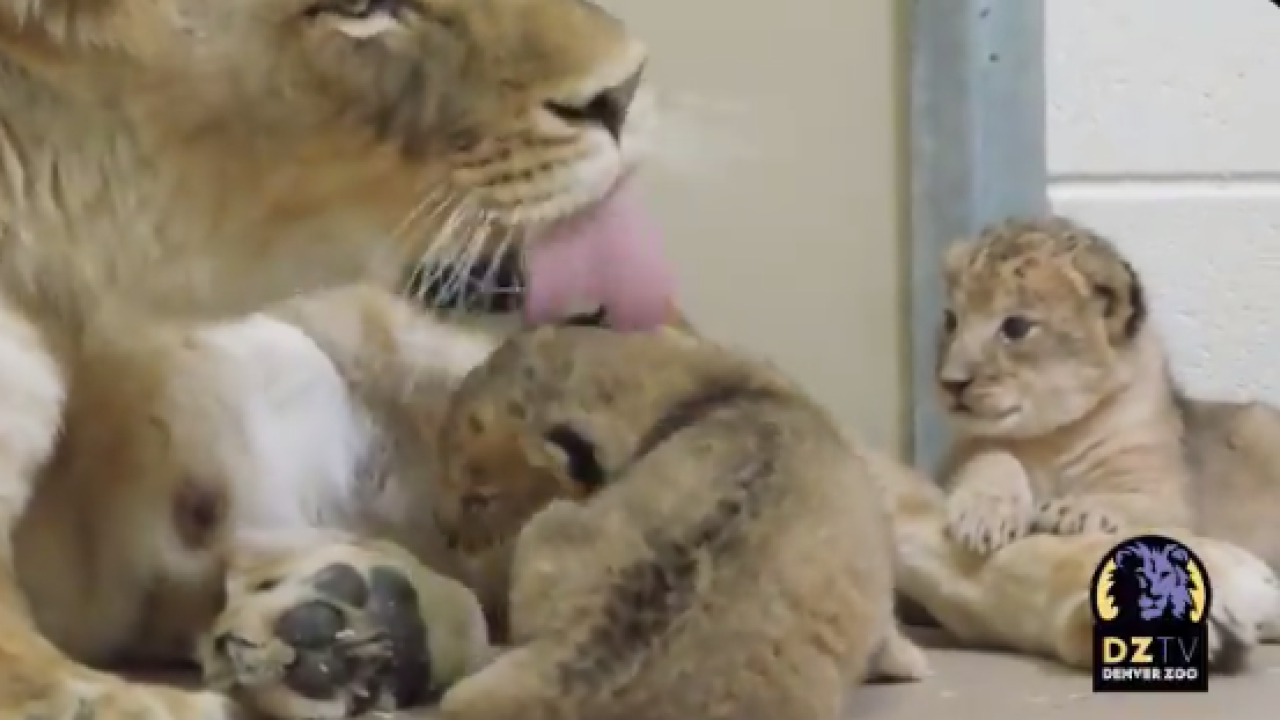 Denver Zoo
Kamara, a 4-year-old lion at the Denver Zoo, is seen grooming her two newborn cubs, who were born on April 23.

DENVER — The two newest lion cubs at the Denver Zoo have been named and the zoo raised more than $50,000 in donations in the process.

The cubs — a boy and a girl — have been named Oskar and Araali, the zoo announced Friday following a naming contest.

The zoo said Oskar is named after Oskar Blues Brewery in Lyons, and the word "Araali" means strength of thunder in Swahili, which is a nod to the cub's grandfather Sango, who was named for the Yoruba God of Thunder.

The cubs were born in April to a lioness named Kamara.

The zoo held a naming contest in which individuals could give a donation and cast a vote for a name.

In the process, the zoo said it raised almost $53,000 from two anonymous donors, Brandon McManus from the Denver Broncos, Elizabeth B. Searle Fund, the Eisinger Family, Jim Steverson, and the general public.