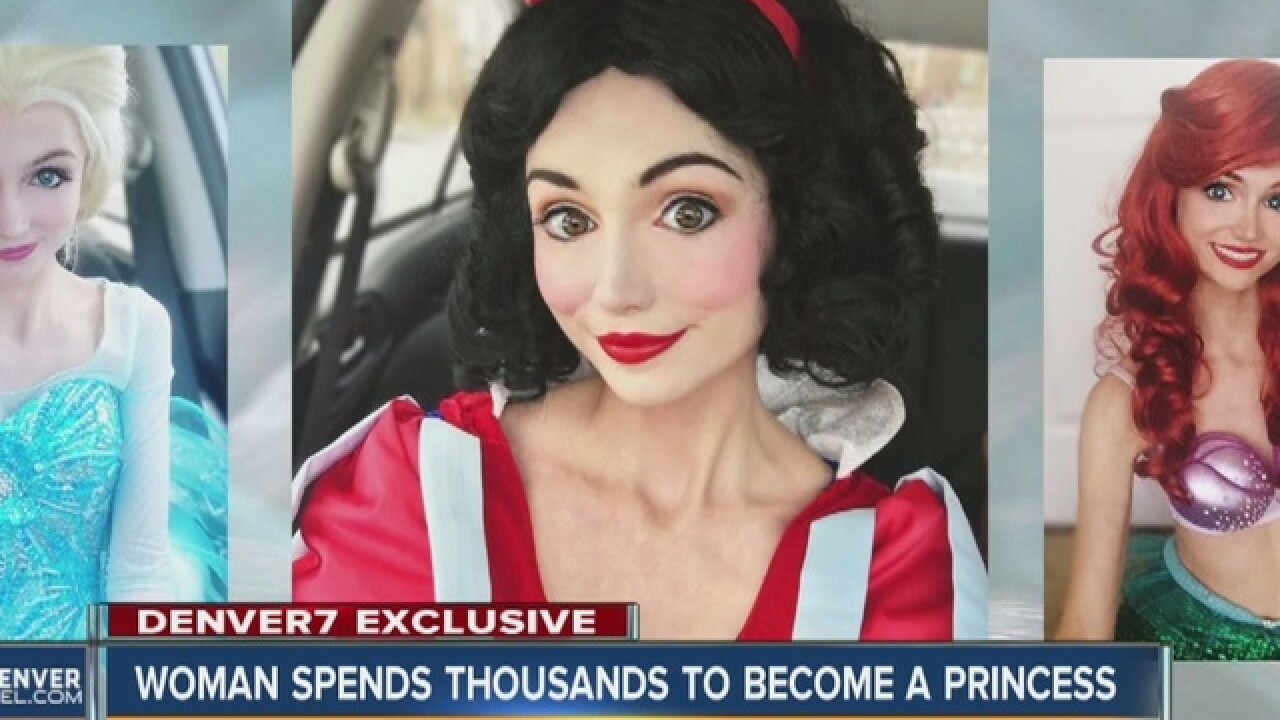 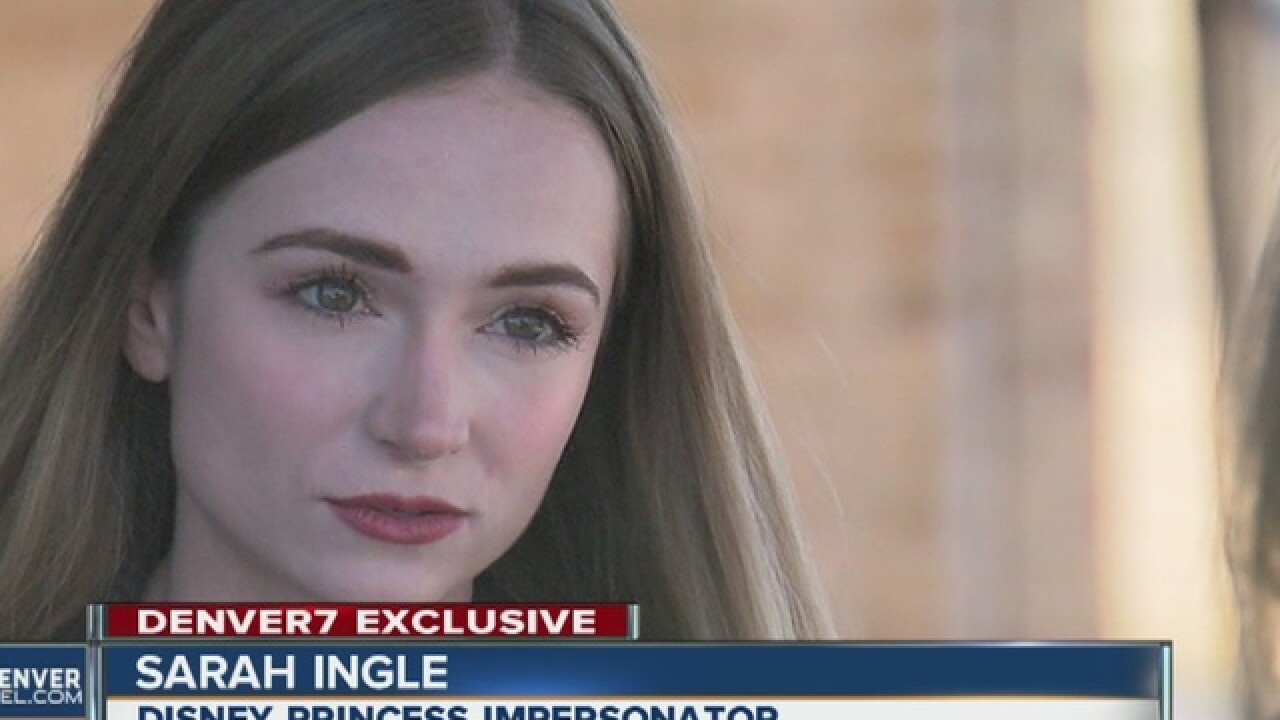 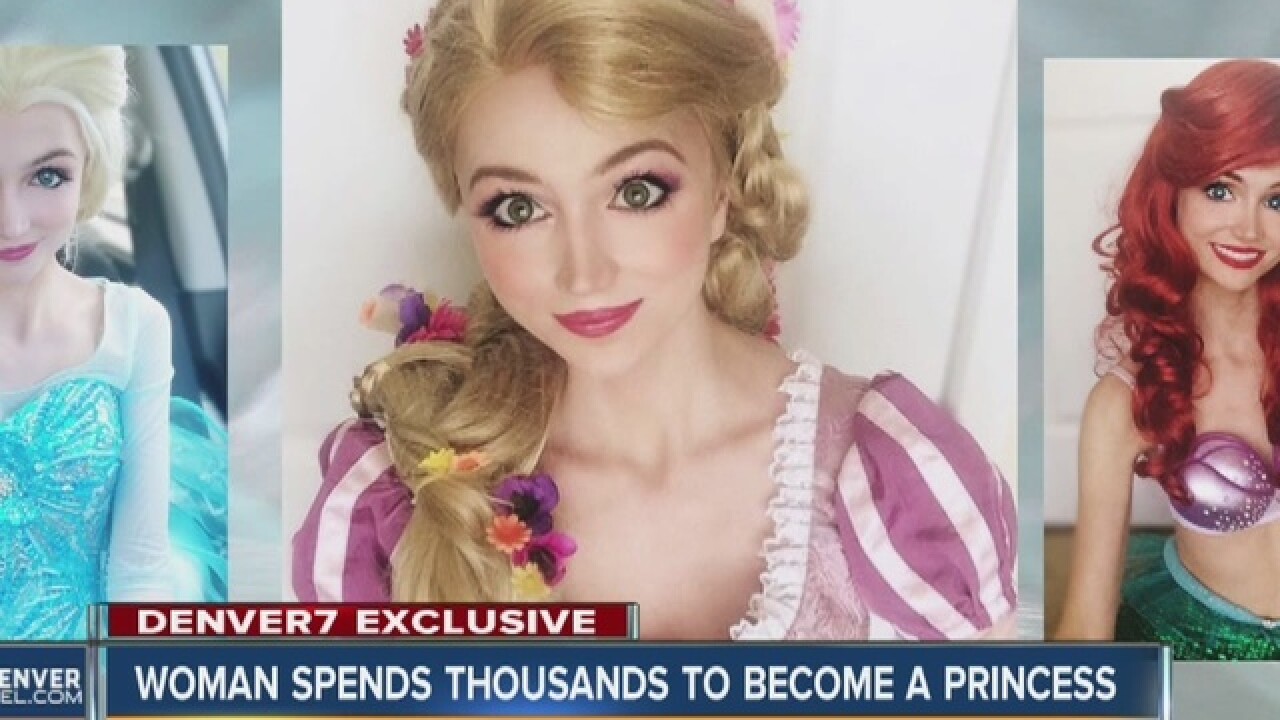 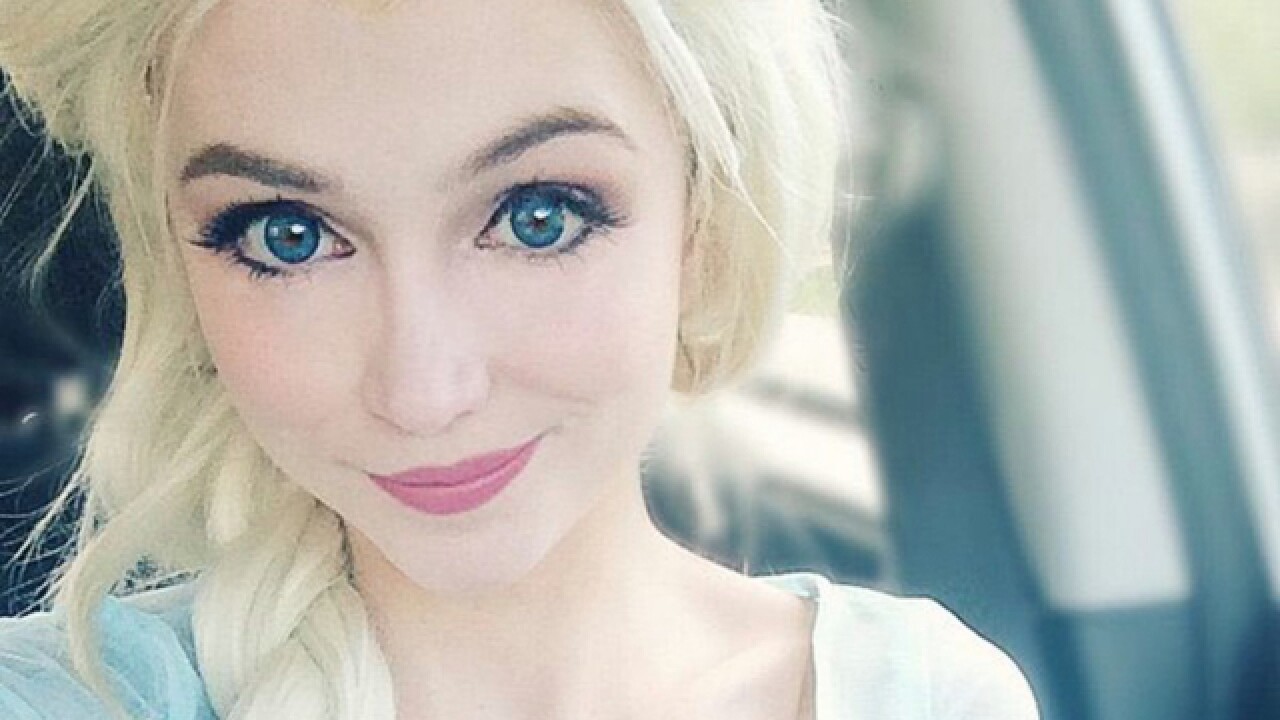 Some princesses, prefer not to live in towers. And some kids' fairytales could use a little magic.

"Doesn't matter where you came from, what kingdom you live in," she said.

Today, their 'kingdom' is the inside of Denver's Ronald McDonald house. Where an hour with Elsa makes them forget about their battle with illness.

Her voice, brings a glimmer to their eyes.

And when it's time to let it go, Elsa leaves behind those magical memories. It's time for this part-time princess to return to real life.

To a land called Colorado, where she's a marketing manager named Sarah Ingle and her Disney impersonations have made her an over-night international internet sensation.

"Just come from a big-eyed family," she said.

Ingle has spent nearly $15,000 dollars on elaborate costumes. 17 custom-made gowns. 16 flowing wigs. 9 different characters in all. She can be Snow White, Ariel, Rapunzel, or Belle.

Each dress can take months to make. She's gotten so good at her transformations she and her boyfriend started a business called "Princess Ever After."

But is a princess just a collection of dresses and wigs? Or is it the way she treats others that makes her a kind of royalty?