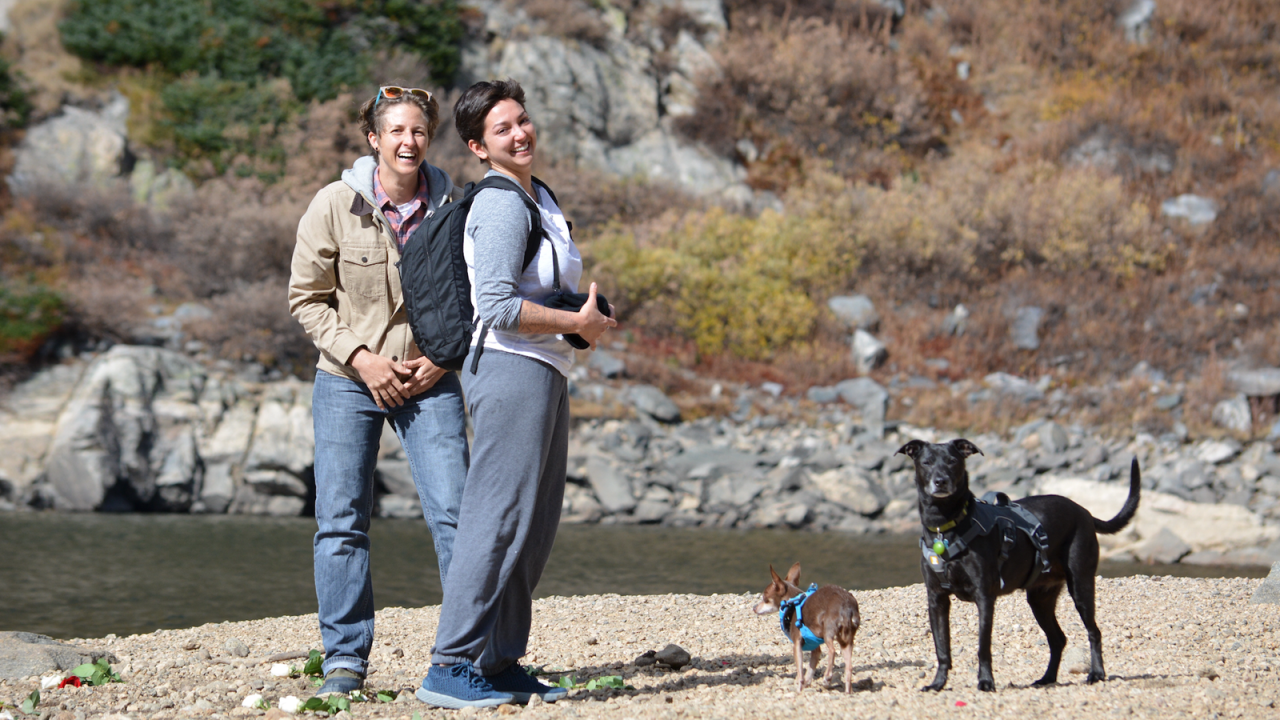 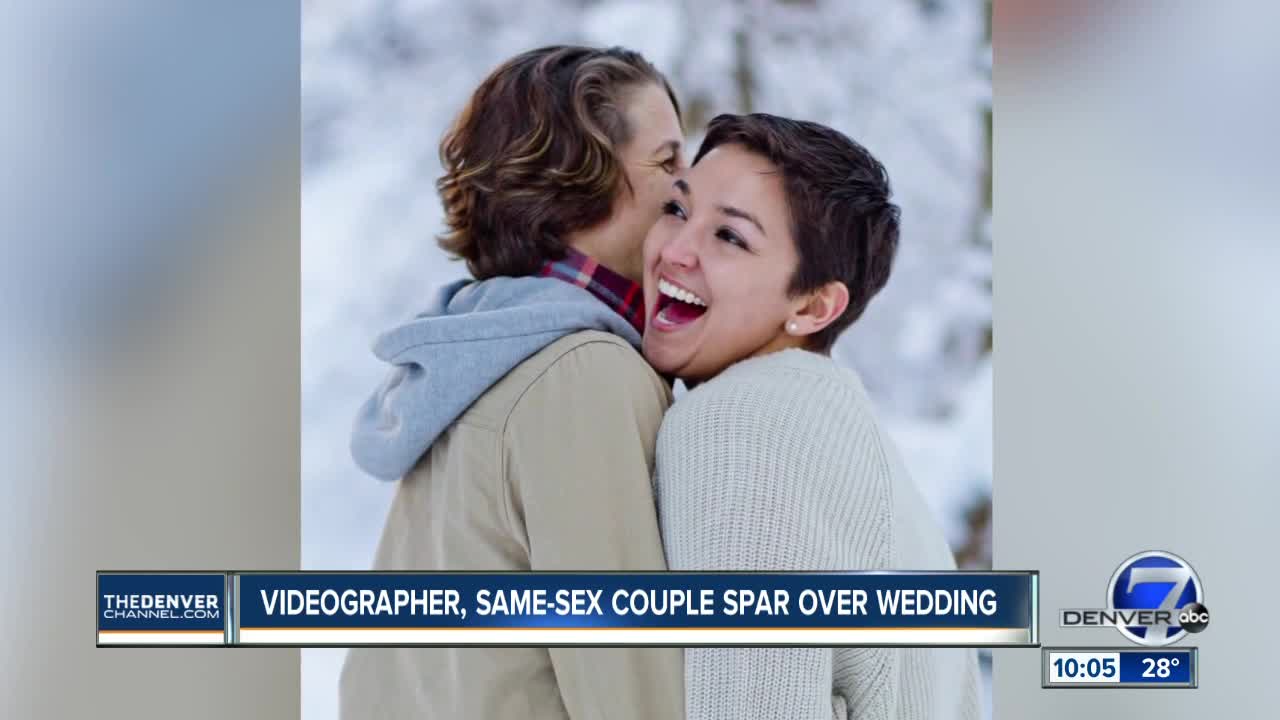 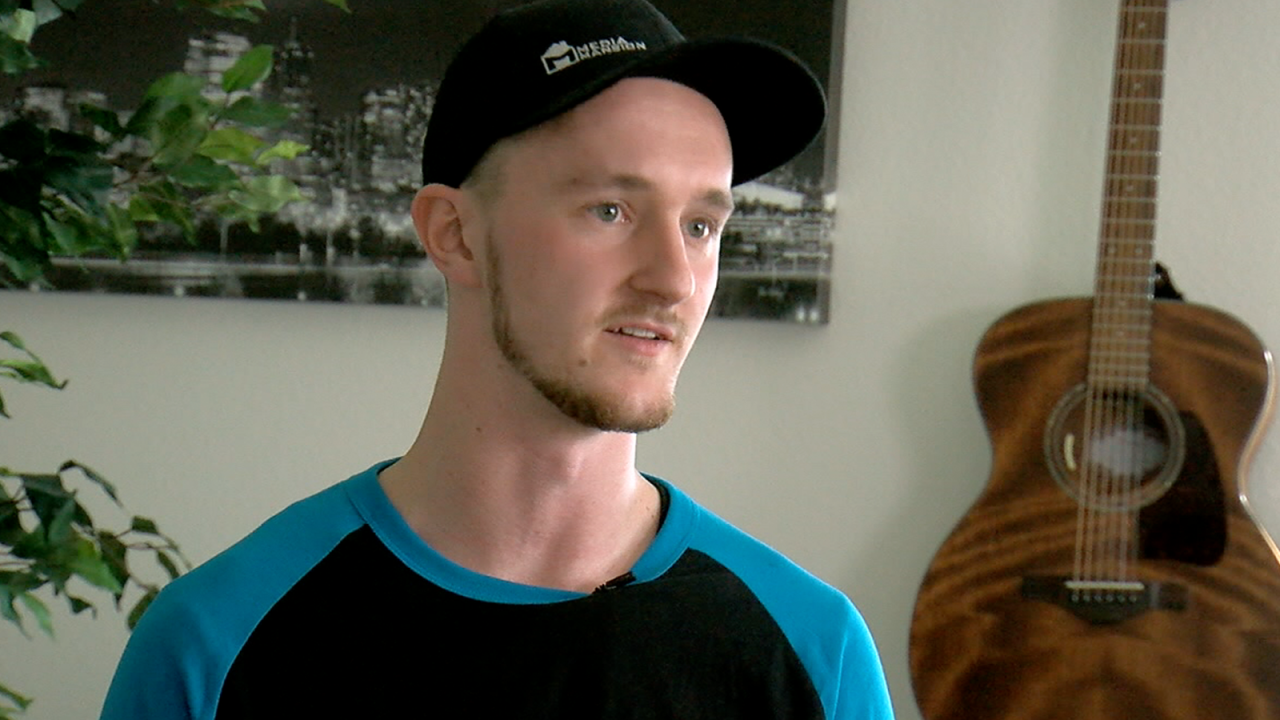 DENVER — A Denver wedding videographer who refused to work with a same-sex couple is setting the stage for another conflict over religious beliefs and state anti-discrimination laws.

"This is all the prep stuff that we were going to do," said Anna Suhyda, showing her spreadsheet to her fiancée, Amanda Broadway. "It's crazy trying to plan everything and just get it organized. I have spreadsheets, and I’ve been reaching out to vendors."

The couple has been together for almost four years and is getting married in June in Boulder.

"I don't want to cause division, I want to see unity," said Broadway, who planned an elaborate surprise proposal on St. Mary's Glacier and is now letting Suhyda handle the wedding plans.

But when Suhyda reached out to a company rated highly on The Knot, Media Mansion, about their wedding video last week, all her planning came to an abrupt halt.

“He asked, ‘What’s your fiancée’s name?' And I said, 'Amanda.' And I could tell he kind of paused on the phone, but I thought he was maybe jotting down notes,” said Suhyda. “Then I l got to work and looked at my email.”

The email from Media Mansion stated, “Unfortunately, at this time, we are not serving the LGBTQ community!”

"With an exclamation point,” said Suhyda. “Kind of like a punch in the gut.”

To make matters worse, on Media Mansion’s Facebook page, the owner posted a letter stating the company would by happy to work with the LGBTQ community on business videos, but not film “gay ceremonies or engagements,” citing “personal religious beliefs.”

"I just thought Denver was different. You know, not that he is every business, but I didn't think we'd have that here in 2019," said Suhyda. “Our relationship shouldn’t affect anybody in a negative way. So, the fact that it gets turned into that is just upsetting.”

Meanwhile, Benjamin Hostetter, the owner of Media Mansion, said he is not discriminating against anyone, but has turned down more than one gay couple.

Since word has spread on social media, his rating on The Knot is plummeting (he is proud his company was named Best of Weddings 2019.)

"It really like just kind of exploded, and everyone just kind of assumed that we hate gay people, which is sad,” said Hostetter. “I have friends who are gay, and if they want to hang out and me to do a video for them, it’s totally cool. But specifically doing a project that would be against my beliefs in anything regardless of what the specifics of it is not something I want to engage in.”

Identifying himself as Christian, he said he is not judging anyone, but he is writing a book about “family, covenant, sex and marriage” and has strong beliefs about the covenant of marriage.

"I believe it has to do with family and producing healthy families," said Hostetter. "I don't think there's a lot of good evidence out there that two men or two women can come together and have a really amazing effective family that is good and is everlasting."

He sees this situation as similar to the Masterpiece Cakeshop controversy, a conflict between religious freedoms and state anti-discrimination laws.

For Suhyda and Broadway, this has tarnished some of their joy, but they're determined not to let it steal it, focusing on their engagement, their wedding to-do lists and making their voices heard.

"Unfortunately, this came along, and I'm trying not to let it affect our mood or memories going forward," said Suhyda. ”But if we can get something positive going forward or maybe some change, then maybe it was worth it."

Daniel Ramos, the executive director for LGBTQ advocacy group One Colorado, issued the following statement about this story:

“The very narrow ruling by the Supreme Court in Masterpiece vs. Colorado Civil Rights Commission does not change our country’s long-standing principle that businesses open to the public must be open to all. The fact remains that Colorado has a civil rights division and anti-discrimination laws that equally protect the fundamental rights of all Coloradans. Businesses may decide what products or services they offer, but they do not get to pick and choose who they offer those products or services to. We strongly encourage anyone who is discriminated against in areas of housing, employment, or public accommodations to file a complaint with Colorado Civil Rights Division."