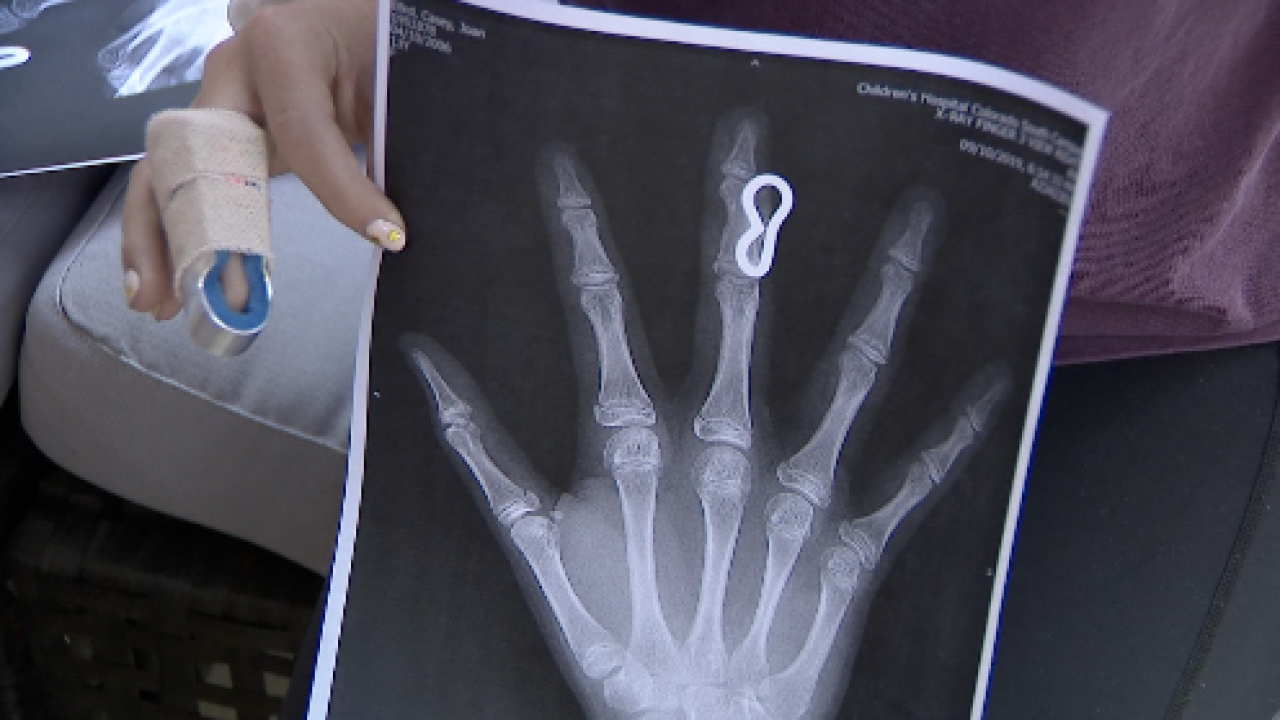 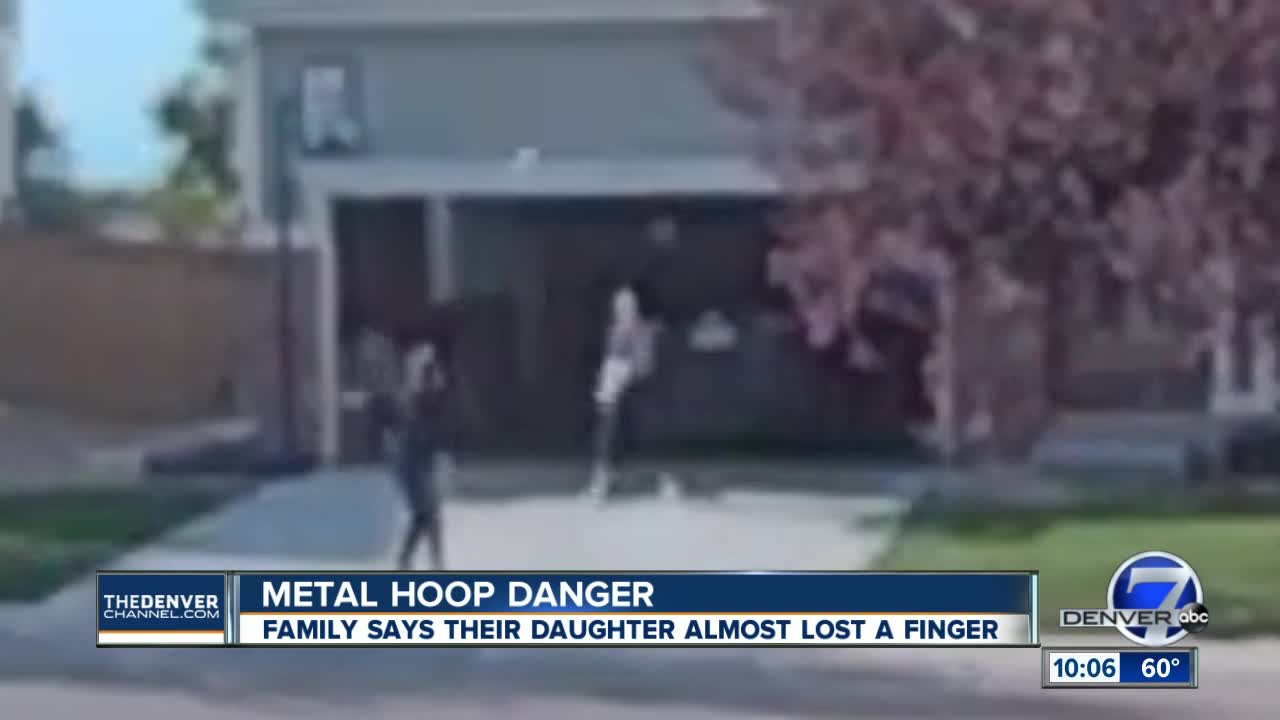 DENVER -- Parents worry about all kinds of danger when it comes to their kids, but one Highlands Ranch family never thought their basketball net could pose a danger to their 13-year-old daughter, until her hand was caught in it.

They say that she could have lost her finger, and now, they are warning other parents.

Casey Efird doesn't even play basketball, but she and a friend were playing volleyball on the driveway Tuesday afternoon, when she decided to hit the metal chain basketball net in celebration.

"I would have never thought that this could happen," she said. "I kind of approached the net so I could get a high jump, and I just hit it down like that but my finger got stuck."

Pictures show one chain from the metal basketball net somehow became embedded in her finger, leaving her trapped on her tiptoes crying for help.

Her mother ran to grab a chair just as her father was pulling in the driveway and got some pliers.

"She was like, 'Why are you in no hurry,' and I was like, 'I'm trying to remain calm. You don't want me shaking when I'm trying to cut these,'" said her father Corey Efrid. "Once I saw how much pain she was in it was horrible, I can only imagine what people go through, cause that was pretty easy, but man, she was screaming. She was in pain."

At Children's Hospital in Highlands Ranch, Emergency Room providers said that it is a rare injury, but it was not the first time they have seen it.

"One nurse said it was the third one," said Beth Efrid, Casey Efrid's mother. "I always thought about them getting tangled, but never really thought they could get impaled."

Three stitches later, Casey's finger doesn't have permanent damage, but she won't be able to play volleyball this week when the season starts.

Her parents wasted no time changing the net and warning everyone they know about what happened because they believe if she hadn't been able to stand on her tiptoes until they got there to help, she could have seriously injured her finger.