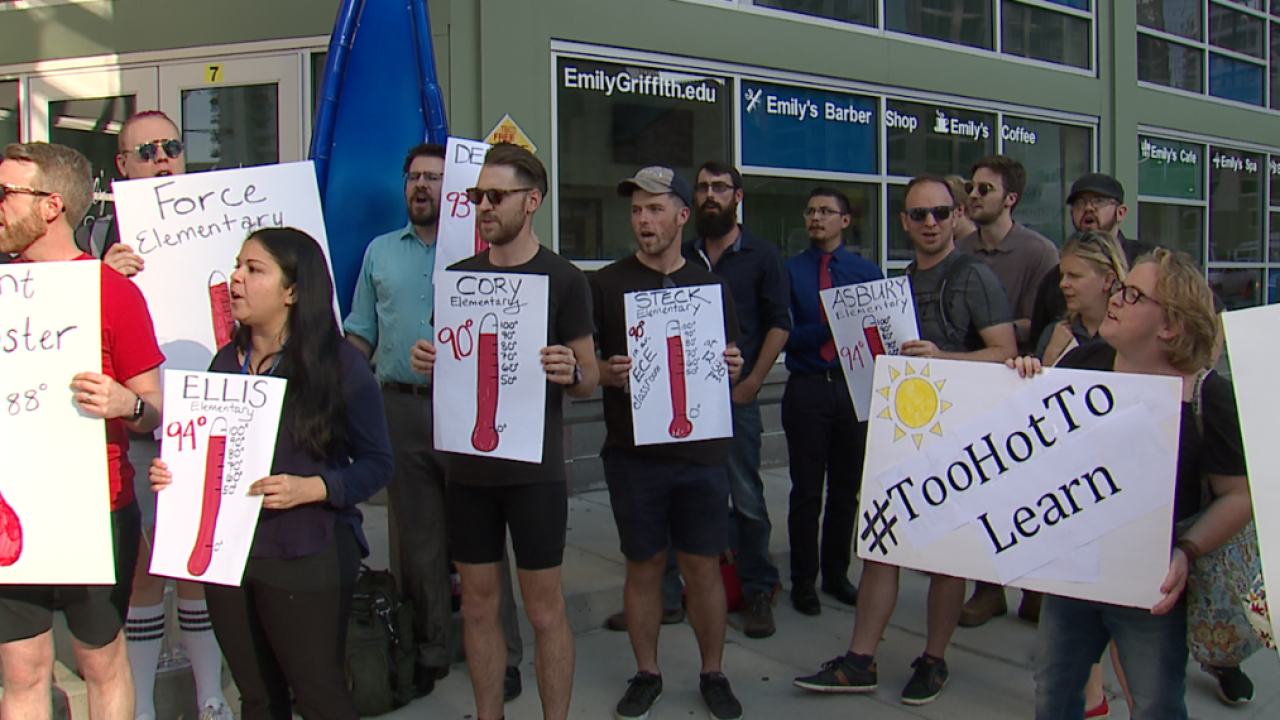 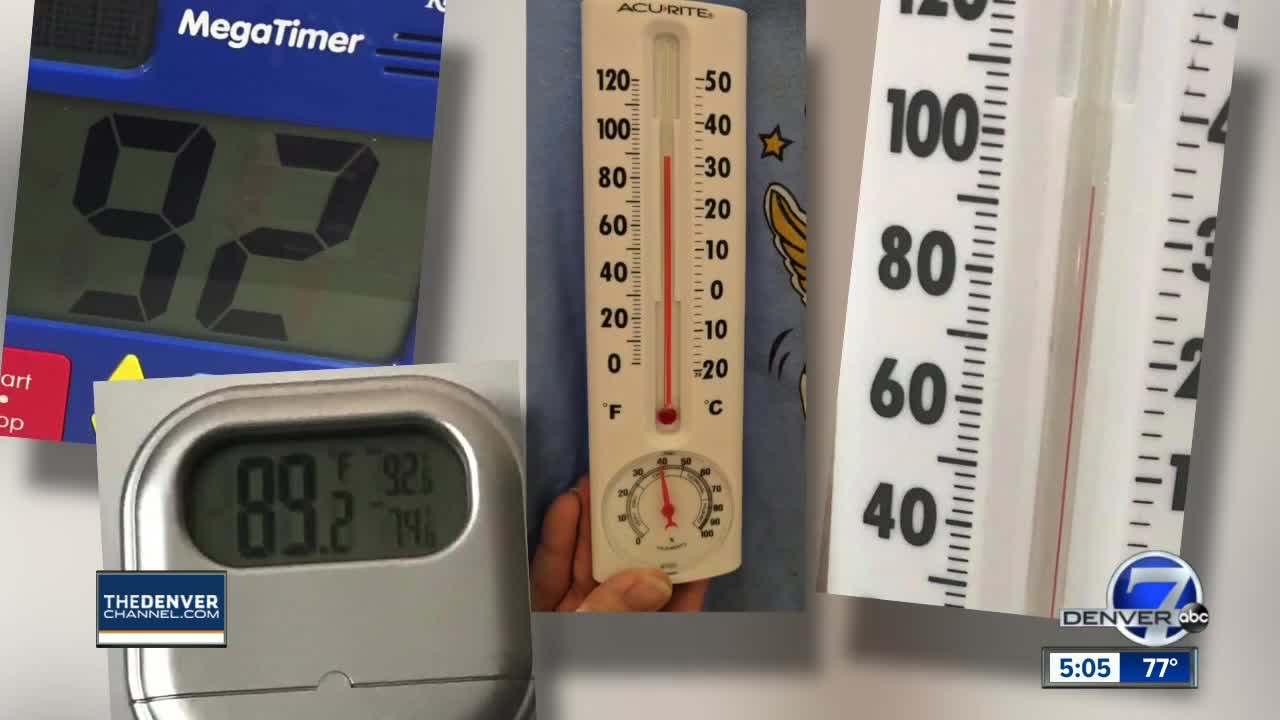 DENVER — Classes have been in session for a week, and Denver teachers are continuing their fight against hot classrooms in schools by holding a sit-in protest called a “Rally to Demand an End to Sweltering Classrooms.”

“I think we're sacrificing basically students’ well-being and their actual learning," said Denver Public Schools teacher and event organizer Tiffany Choi. "So I would say this has not been a priority for DPS in the last few years and I think this is the time we make it a priority — that we need to take care of our kids in all of our buildings."

The event was held by the group Caucus of Today’s Teachers, which is made up by Denver teachers and administrators. About 30 people attended the event at the Emily Griffith campus downtown.

Last week, teachers raised concerns to Denver7 about hot temperatures within their classrooms, which don't have air conditioning, as kids returned to school for the year with temperatures outside approaching 100 degrees Fahrenheit.

“Teachers that I’ve talked to have said they’ve seen kids drip sweat onto their papers," said Amy Duclos, a parent of a DPS student. "The kids are getting headaches, getting nauseous. My daughter said one kid actually vomited in class. If this is what’s happening on these hotter days, then I don’t know if we’re fulfilling the mission of educating our children.”

Duclos was part of a group of parents who traveled to multiple DPS schools over the last week, delivering thermometers (and fans in some cases) to teachers at schools without air conditioning. Many of those temperatures were documented in the high 80s or even 90s, according to pictures she shared with Denver7.

DPS has said that they have been making improvements, including adding air conditioning or heat mitigation in older buildings over the last seven years. But to expand that to the remaining 60 schools without air conditioning would be costly.

“If we were to look at doing that — about $200 million," said DPS Deputy Superintendent of Operations Mark Ferrandino. "Three to four million dollars for air conditioning per school."

The location of the Monday sit-in had a deeper meaning: As DPS parent and school board candidate Scott Baldermann pointed out, the district recently approved $4.2 million to replace part of the air conditioning system at the Emily Griffith campus. That campus houses the DPS district offices as well as three schools.

“It’s like a double standard," Baldermann said. "The district is constantly telling the schools there's no funding for air conditioning in schools, but they were able to quickly find $4.2 million from their bond fund to repair the air conditioning at the Emily Griffith campus building."

A district spokesperson pointed out that the downtown building is the home for about 850 students as a part of three schools, and that the building is a high rise and therefore unable to open windows for air circulation.