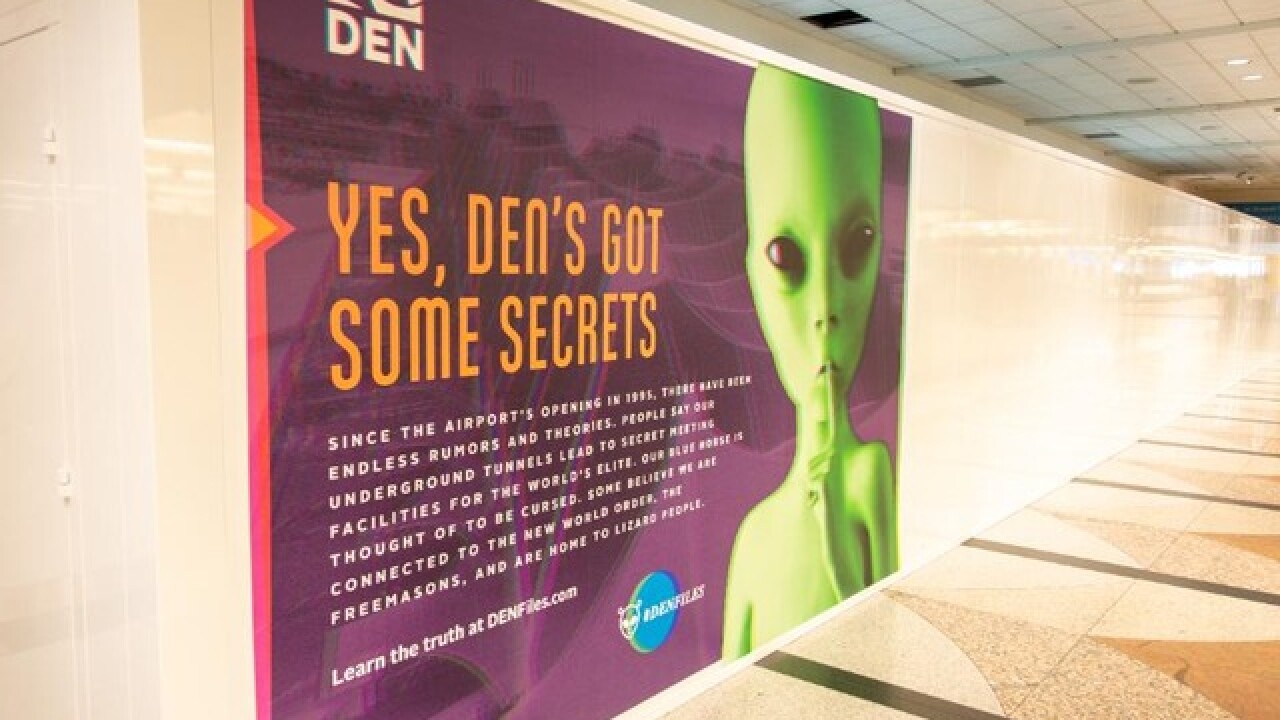 (CNN) — After years of speculation by conspiracy theorists, officials at the Denver International Airport in Colorado have finally admitted that something's going on.

DIA, as it's known, is one of the biggest airport in the world, with just under 53 square miles (13,726 hectares) of developed airport space. That space has loads of restricted areas (it's an airport after all), underground tunnels and some weird, or even disturbing, art -- including a giant blue fiberglass mustang statue with orange glowing eyes.

It's all very suspicious to some people, who are convinced the airport is part of a plot by the Freemasons, or the Illuminati, or a colony of lizard people.

The airport is doing a $650 to $770 million renovation to its Great Hall and has put up temporary walls to hide the mess (or at least that's what they want you to think). They decided to have some fun with the rumors.

They put up huge signs featuring gargoyles and space aliens. One poster asks "What's happening behind this wall?"

The airport also created the "Den Files" website that highlights some of the wildest theories that date back to the very beginning of DIA's history.

A time capsule and plaques placed around the airport include Masonic symbols and credit the New World Airport Commission -- a group that doesn't exist and sounds suspiciously similar to the New World Order.

This has fueled rumors that the airport is a headquarters for the world's elite, or possibly a cabal of lizard people, to ride out the end of the world, according to the site.

Some of the airport's murals are also filled with apocalyptic symbolism.

In 2011 Ridiculist segment, CNN's Anderson Cooper looked at a YouTuber, who was convinced that there were other kinds of hidden symbols in the art.

Travelers will get to see what's really behind all the walls in late 2021, when the final phase of the project is scheduled to be completed.