Denver ranks 12th worst in country for ozone pollution, according to new report 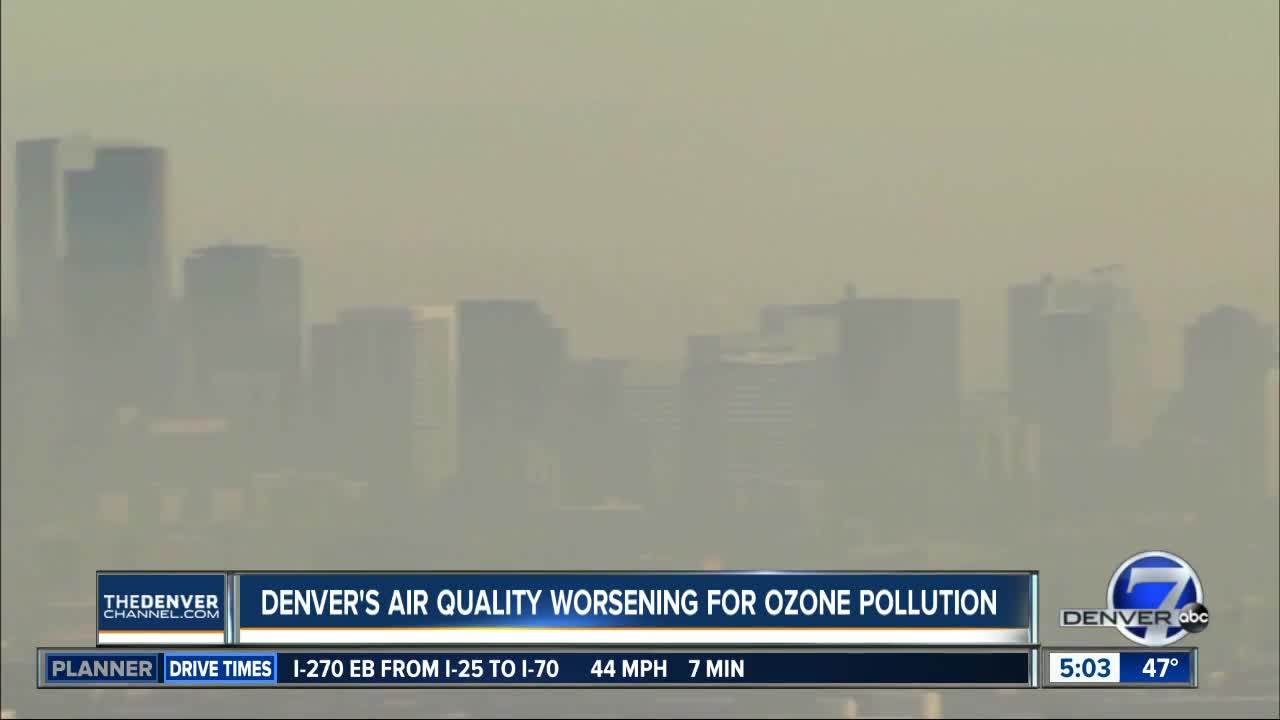 DENVER — Denver is often considered one of the healthiest cities in the country, but not when it comes to the air we breathe.

The American Lung Association ranked Denver as the 12th most polluted city in the nation for ozone in its annual "State of the Air" report. The report looks at the two most widespread outdoor air pollutants: ozone pollution, also known as smog, and particle pollution, or soot.

"People don't understand how dangerous ozone really is," said Ellen Penrod, executive director of the American Lung Association in Colorado. "It's like getting a sunburn on your lungs."

She said the ozone is particularly dangerous for sensitive groups, like people with asthma or other lung diseases, and older adults.

The 2019 "State of the Air" report found ozone levels increased in most cities, largely because of rising temperatures. Increased vehicle traffic is large cities is also a major contributor.

"As we have more people in the city driving more solo trips, that equals more ozone," Penrod said.

She suggested ridesharing and using electric vehicles as ways to help cut down on ozone pollution.

On a brighter note, the 2019 report found year-round particle pollution levels in Denver are lower than the 2018 report. That's the type of pollution caused by coal-fired power plants, diesel and wildfires.