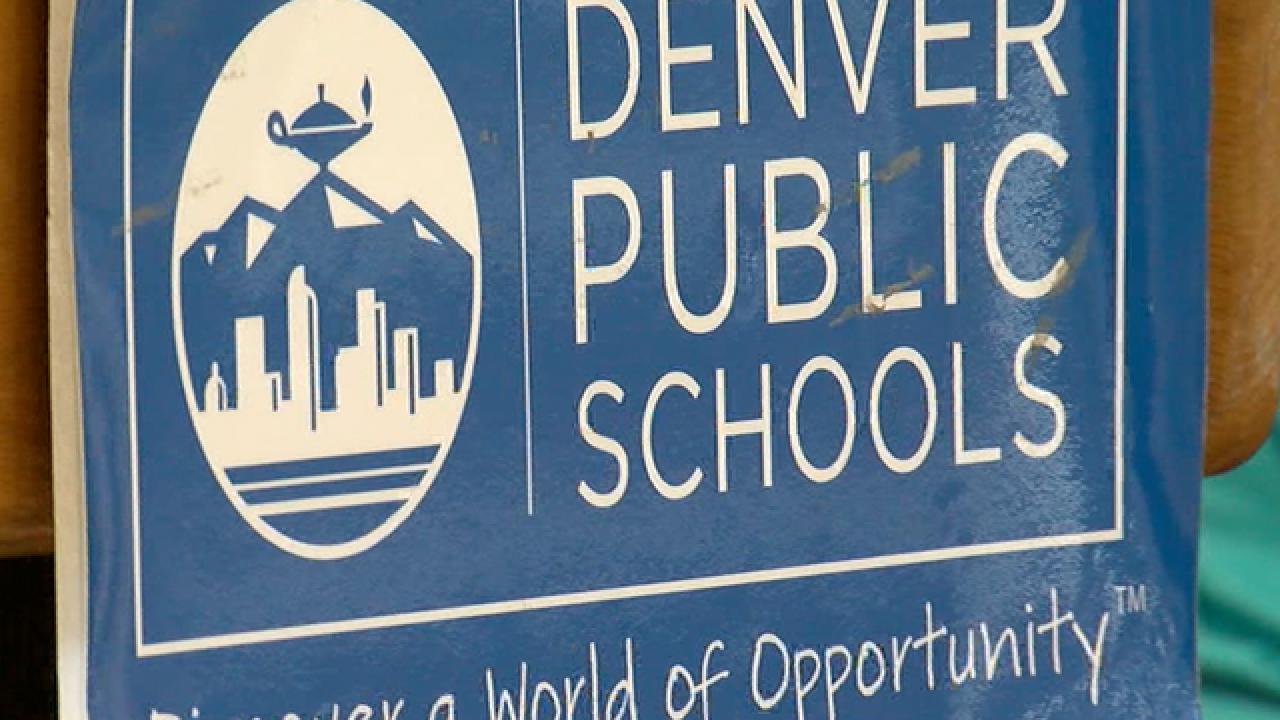 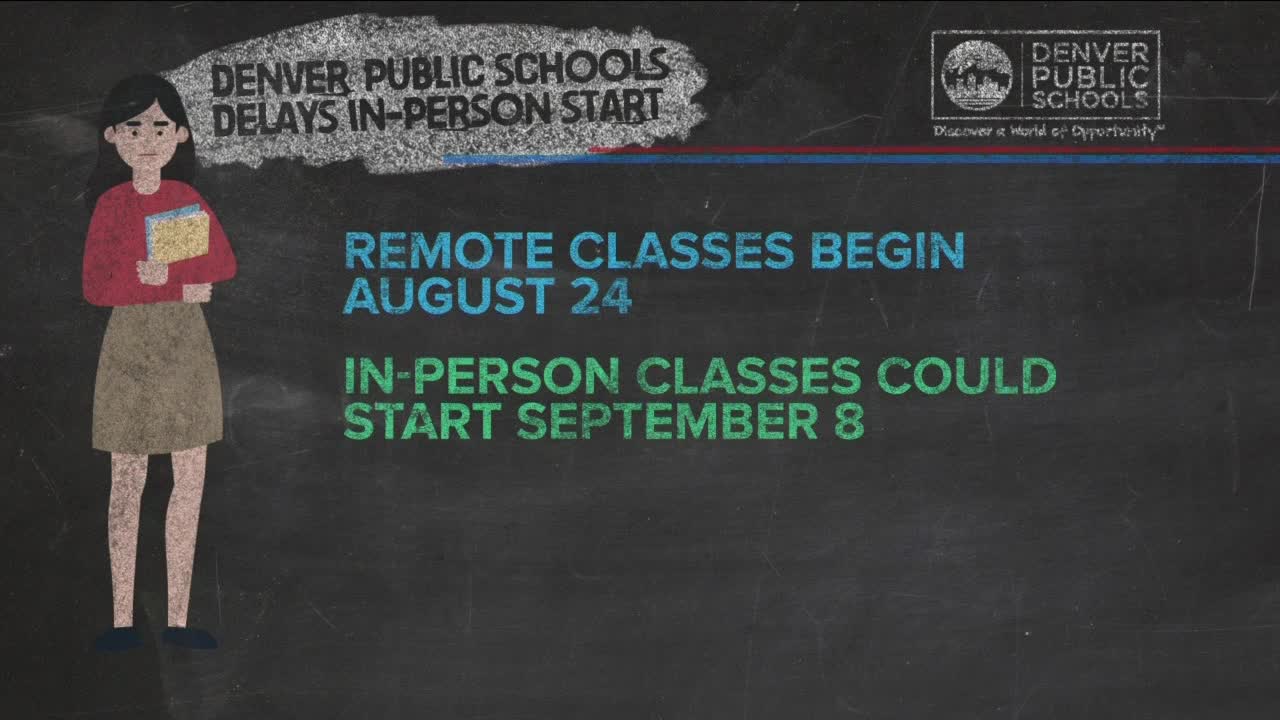 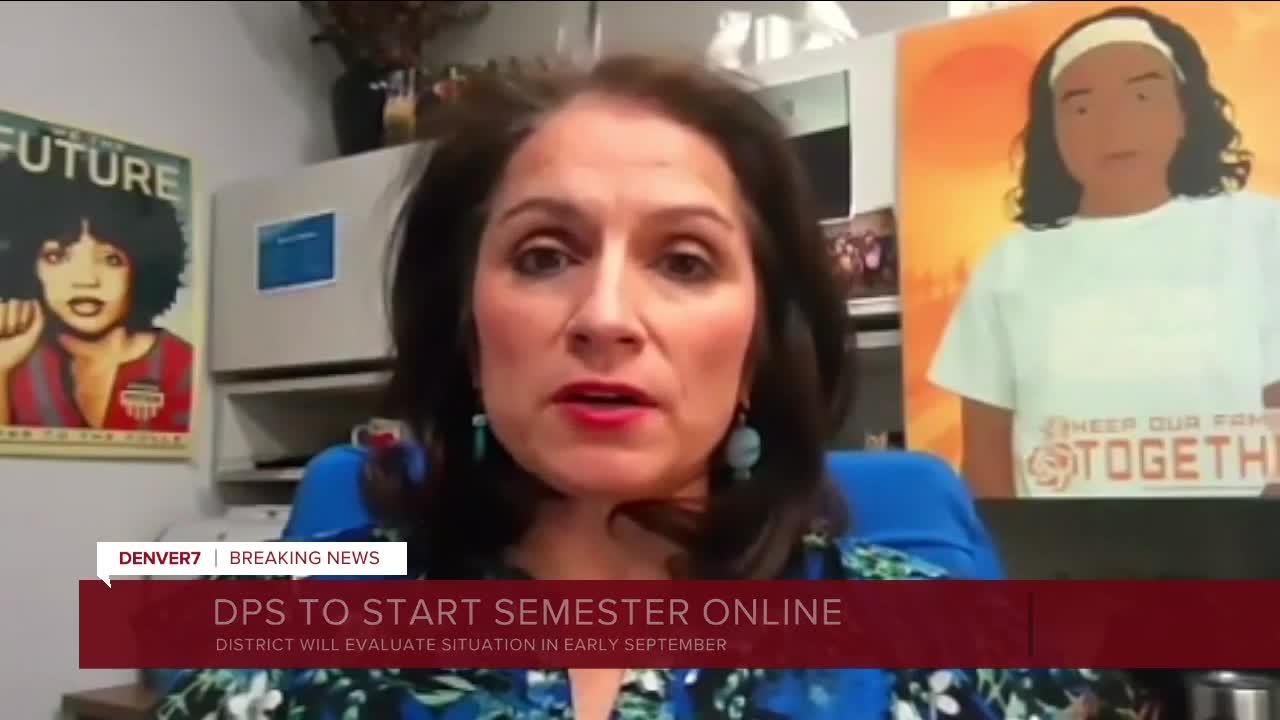 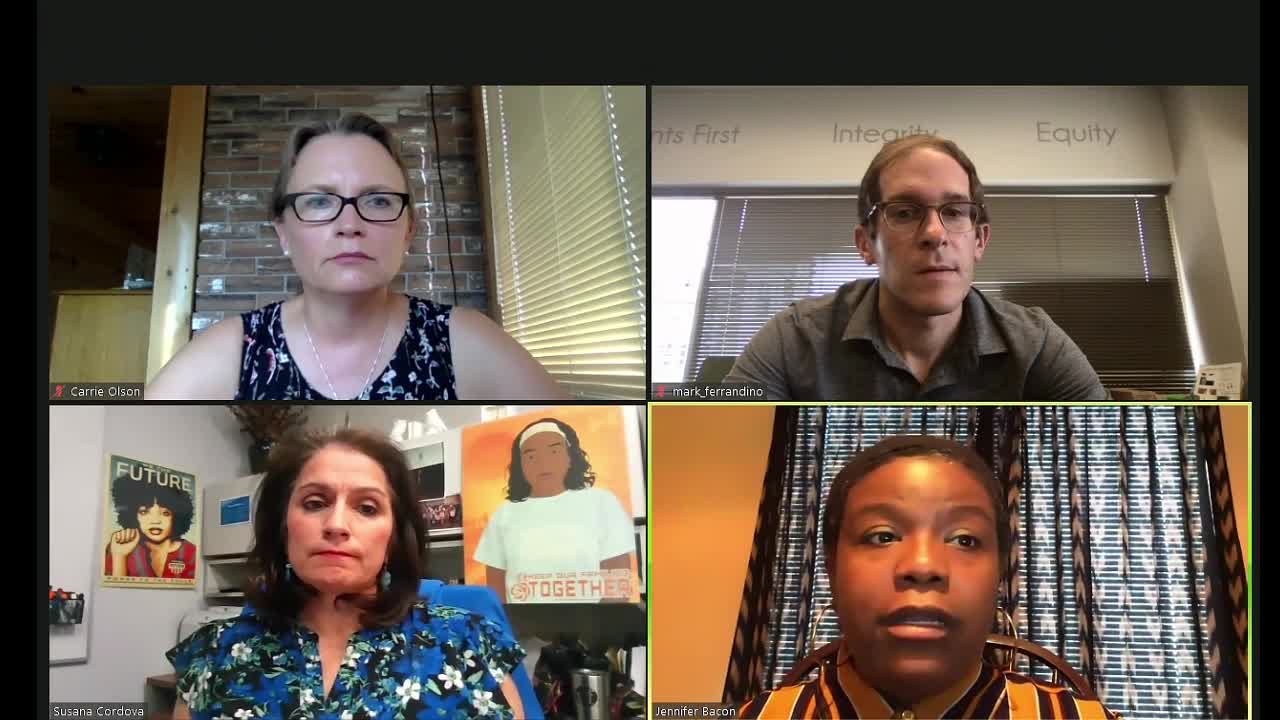 DENVER — One day after releasing a proposed plan to return to in-person classes, Denver Public Schools officials on Friday afternoon announced that the district will start the school year remotely, on Aug. 24, with no exact date to return to campuses.

Superintendent Susana Cordova said in a letter to the district community that the earliest the district would consider returning to in-person classes would be Sept. 8, following Labor Day. The district will then "re-evaluate current COVID rates to determine if we can begin the process of in person learning," the letter said.

Teachers will begin communicating with students about in-person classes during the week of Aug. 17, the district said. The district will work to ensure all students have access to the technology they need for remote learning, including internet access. When DPS went to remote learning in the spring, the district was able to provide thousands of devices and internet hotspots to students.

Cordova said district officials looked at COVID-19 modeling data and determined "it would not be possible to open school with the size of cohorts we've been planning."

Colorado's largest school district on Thursday released a proposed plan to return to in-person classes, which included an array of social distancing measures and an overall change in how school operates, from no lockers to no lunches in the cafeteria to limits on the amount of students on buses.

Still, Cordova in the letter Friday said "it has been challenging to make firm plans, given the changing conditions" with COVID-19 case rates.

Cordova said the district is "working with community partners" on a possible testing plan before schools return to in-person classes. As for extracurricular activities, the district is still following Colorado High School Activities Association guidelines, meaning athletics and activities under CHSAA can still practice until those guidelines change.

DPS does not offer a remote learning option for early childhood education (ECE) students, so no ECE classes will be held until at least Sept. 8.

Other Colorado districts, including Jeffco Public Schools, have announced plans to return to in-person classes and Denver officials have expressed an intent to return students to campus, with an option for remote learning.

Earlier this week, the Denver district said it was considering a move to start classes on Aug. 24, one week later than usual and also use a phased-in approach instead of having all students return at once.

The DPS proposed plan to return to in-person classes included:

• The secondary school schedules would be four courses per quarter for the same cohort of 120 students, an effort to limit students' interactions.

• Daily health screenings for all students and staff entering the building

• Required masks on school grounds, with some exceptions. The district is "awaiting further direction" about mask wearing for the youngest students in the district.

• Delivery of PPE to schools, including one thermometer for every 40 students, two cloth masks per student, face shields and hand sanitizer

• No singing or wind instruments in music classes

• Movable fans, including swamp coolers, would not be allowed

• Closed libraries, though librarians will be able to bring books to students in their classrooms

• Lockers will not be used. Students will be asked to bring their items to class.

• Health screens would be conducted before students board a bus. Only one student would be allowed per seat with a maximum of 24 on a single bus. Seat sharing exceptions would be made for siblings.