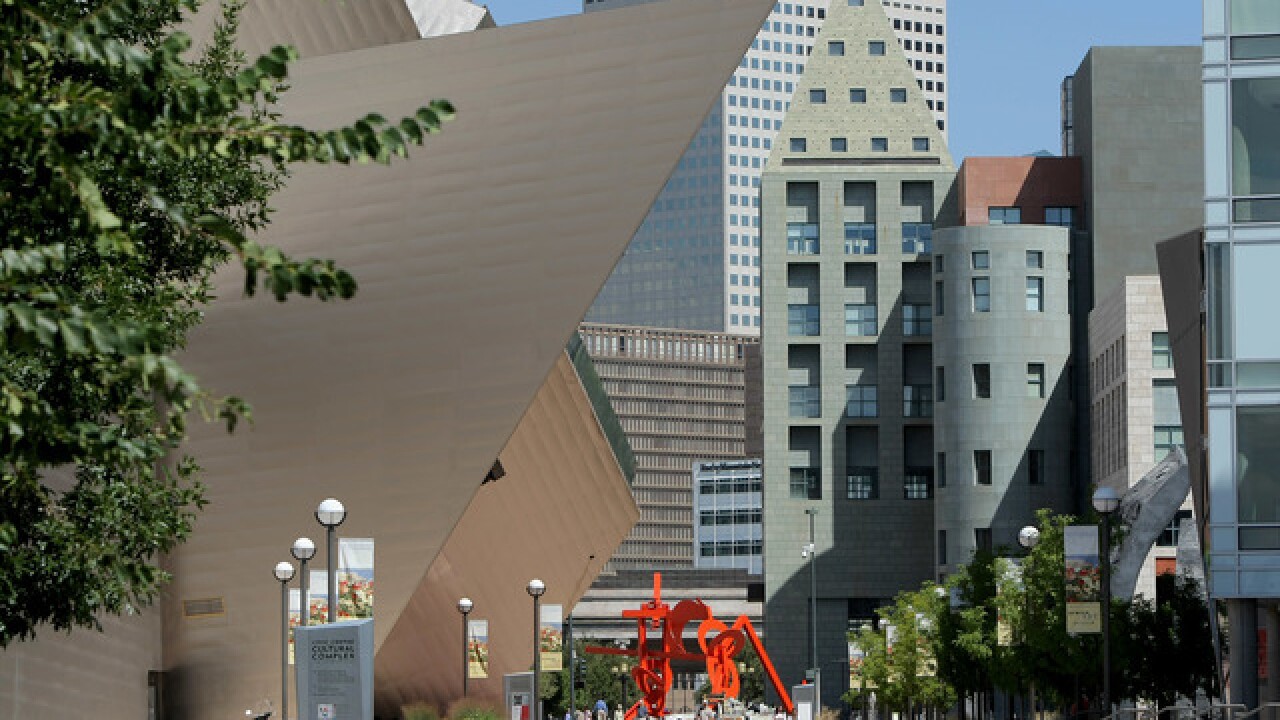 2008 Getty Images
Doug Pensinger
<p>DENVER - AUGUST 20: People walk past the Civic Center Cultural Complex which houses the Denver Art Museum, the Denver Public Library, the Colorado History Museum and the Byers-Evans House Museum and is a potential destination for visitors to Denver during the Democratic National on August 20, 2008 in Denver, Colorado. The city is preparing to host the 2008 Democratic National Convention at the Pepsi Center from August 25th through the 28th. (Photo by Doug Pensinger/Getty Images)</p>

DENVER – The Denver Public Library has proposed eliminating fines for overdue library materials as part of the 2019 budget proposal unveiled earlier this week.

The library says the idea to do away with fines has been successful in cities like Salt Lake City and Baltimore, which recently changed their policies. The library says that research has shown customers are more likely to use the library if potential fines are eliminated.

“Eliminating overdue fines is paramount to providing equitable access for all customers,” said City Librarian Michelle Jeske. “Too often, fines penalize the most vulnerable families and individuals who can least afford them; we want to reverse this trend and get community members back into our buildings to use materials that enhance their quality of life and education.”

Money from collected fines currently goes to Denver’s General Fund and not to library services. In 2017, fine revenue amounted to $110,339, the library said.

But even if the fines are eliminated, customers won’t be able to hold on to what they checked out forever. The library says it will suspend people’s accounts if materials are kept too long past their due dates. Customers will also still have to pay fees to replace materials that are damaged or lost.

The plan is part of the budget proposal Mayor Hancock submitted earlier this week . It still has to be approved by the Denver City Council and the Denver Public Library Commission later this fall. If approved, the plan would go into effect starting in January.

The library says if the portion of the budget is approved that it will launch a new public information campaign to inform library users about the changes.