This might be the first photograph of Denver: Library's collection holds clues to photo's origin 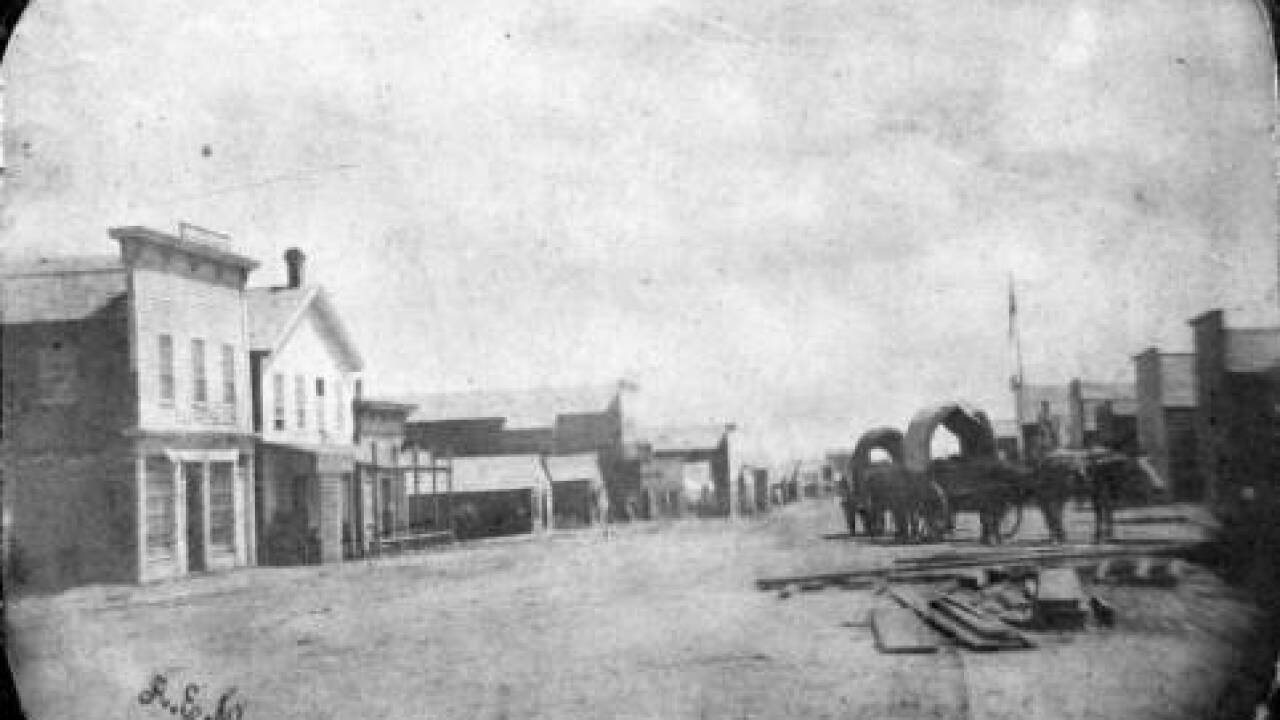 DENVER — A patron at the Denver Library, browsing the library’s Digital Collection, came upon an extremely early picture of the Mile High City and asked: "Is this the first picture ever taken of Denver?"

Trembath writes there are several clues as to when the photograph was taken, the biggest one being the photograph’s Western History Subject Index.

"Right away, the Western History Subject Index yields pay dirt with two very interesting entries. The first is a card (pictured above) under the heading, Photographers. Cable, Rufus E., that refers to a September 11, 1860, RMN article intriguingly titled, "Exhibition in Denver, September, 1860." Another tantalizing entry reads, "May have been the first to photograph Denver and other Colorado scenery" and also points to published work titled, Early Photographers of Colorado," Trembath writes.

So, in the end, Trembath couldn’t provide a definitive answer to the patron’s question — but established that the photograph was at least one of the first photos of the city. It was taken as early as 1858 by Rufus E. Cable, who, Trembath writes, owned a “small gallery/exhibit space on Larimer Street in September of 1860, when Denver City was less than a year old.”