Denver PrideFest 2019: Here’s everything you need to know if you’re heading downtown this weekend 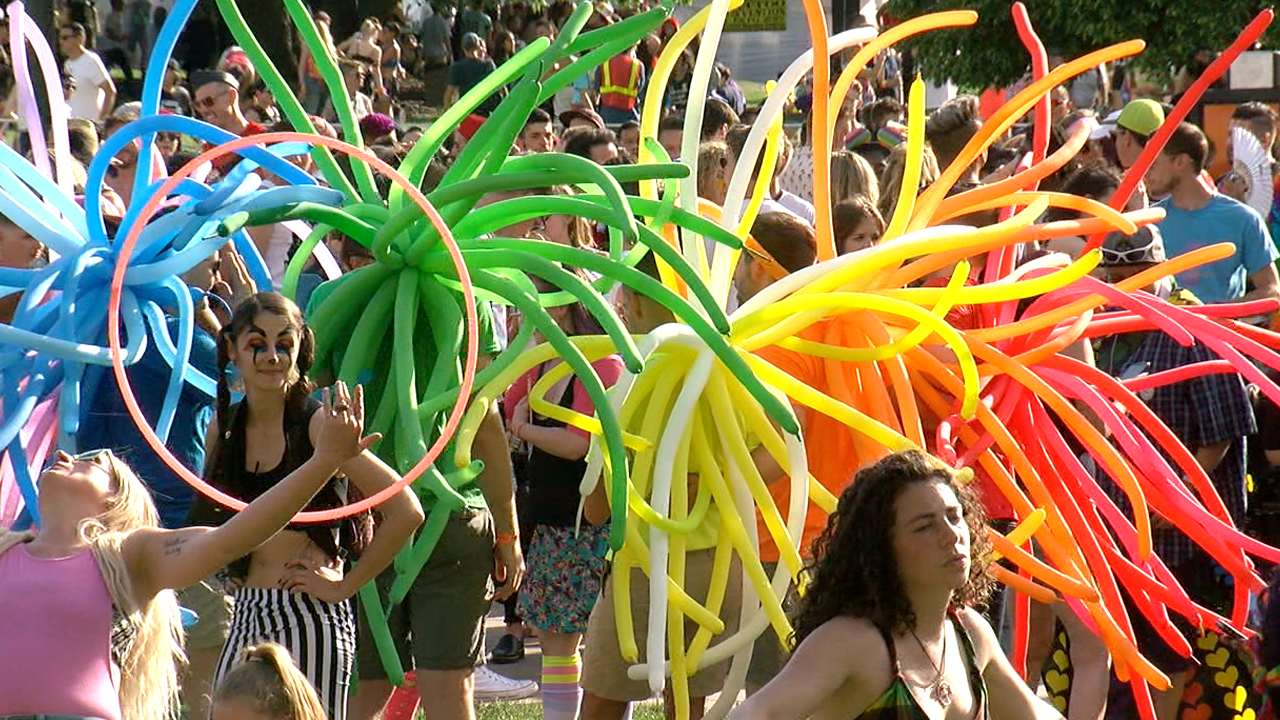 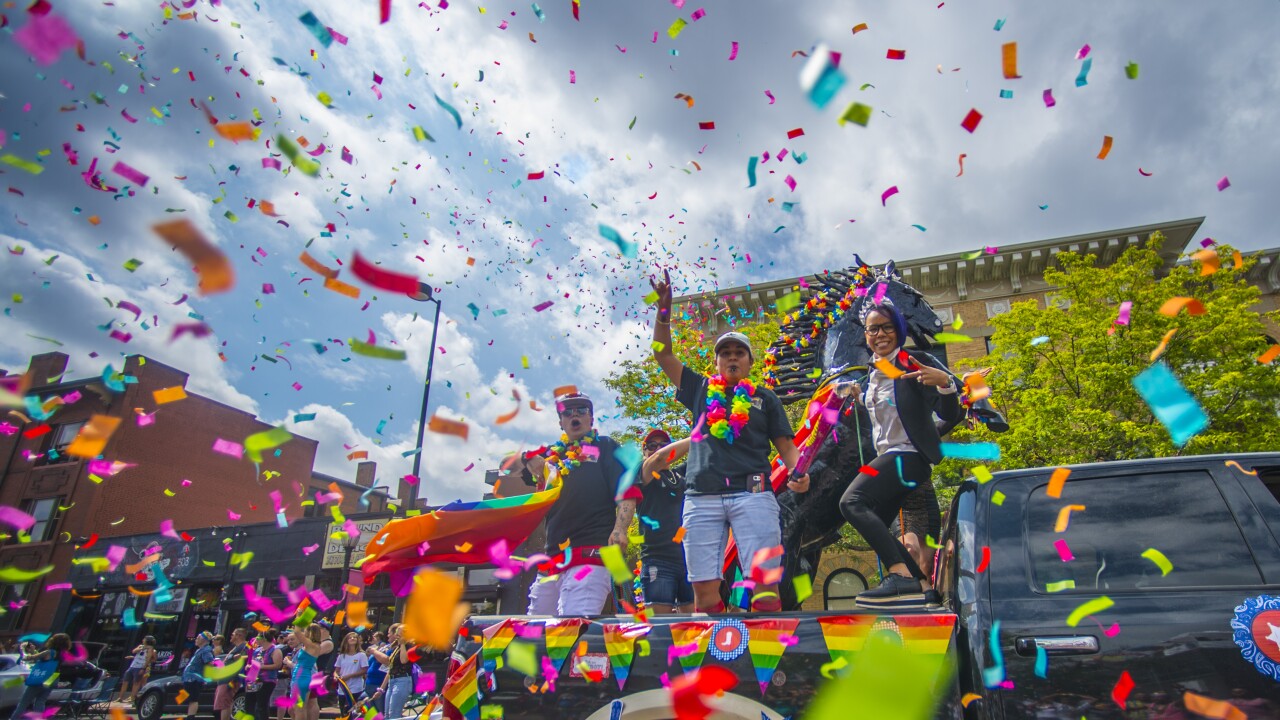 DENVER – Thousands of people will converge in downtown Denver this weekend for one of the biggest Pride celebrations in the West.

RELATED: 7 best things to do in Colorado this Father's Day weekend

If you’re going – and even if you’re not – here’s everything you need to know before walking out the door.

Heading downtown at all this weekend? Leave the car at home

It’s a festival weekend in downtown Denver and that can only mean one thing for drivers: Street closures.

The following streets will be shut down for PrideFest starting Friday and won’t reopen until 11:59 p.m. Sunday:

I’m new here and I’ve never been to PrideFest. What can I expect?

The festival officially begins Saturday, June 15 at 9:30 a.m. with the Pride 5K race at the Colorado State Capitol building. If you haven’t registered but still want to join in the fun, you can do so here. Registration the day of the race is at 8 a.m. It's $35 for adults, $30 for teens ages 13 to 18 and free for kids 5 and under.

Following the race at 11 a.m., head to Civic Center Park where a full-day of festivities continues through 7 p.m. Saturday, and again on Sunday from 10 a.m. to 6 p.m.

This year, The Center, one of the state’s oldest LGBTQ organizations and the annual organizer of Denver PrideFest, will be honoring the activism that kickstarted the LGBT+ civil rights movement 50 years ago at the Stonewall Inn in New York City with a special art installation honoring those who paved the way for thousands of LGBT+ Americans.

The festival promises some incredible performances across three stages, including Denver’s very own Yvie Oddly, Lady Bunny, DJ Joe Gauthreaux, among others. Check the full list of performers here.

To prevent anything from keeping you having the time of your life at PrideFest, organizers want you to keep a few things in mind:


What about after? Are there any after-parties I should know about?

Luckily for you, the party doesn’t end when PrideFest is over. Bars, tap rooms, breweries, restaurants and everything else in between is getting in the spirit this weekend to support Denver’s diverse queer community.

Here are some events you should check out:

Pride Happens Here Block Party: Pride and Swagger, at 450 E. 17th Ave., will be setting up three extra bars, a main stage, and will bring in a food truck as well as providing free drinking games, performances and dancers. Join Jessica L’Whor for a special edition of Queerbust until 4:30 p.m. The party starts Friday and goes until Sunday. It is free of charge.

Evolution! Charlie’s Pride Party 2019: Join Charlie's Nightclub, at 900 E. Colfax Ave., to celebrate Pride 2019! This year's theme is EVOLUTION! The nightclub promises an epic dance party and delicious cocktails served by their Space Cowboys. The party starts Friday and tickets are $10. The event is 21+.

Massive Pride Block Party // Beer Bust // Official After Party: The Triangle, at 2036 N. Broadway, is bringing Denver’s biggest Sunday Pride Party to life! It all starts at 2 p.m. on the outside stage with the bar’s resident DJ’s and drag talent, but the party won’t stop there. The Official PrideFest after party will be headed by DJ/producer Joe Gauthreaux and surprise performances and appearances, which will start at 9 p.m. It all happens Sunday - get your tickets here.

Want more? There are over 50 events happening across the city and we have found pretty much all of them.

This is great! But what about the Pride parade?

The annual Coors Light PrideFest Parade leaves Cheesman Park at 9 a.m. and is expected to end around 11 a.m.

Here's the route: The parade exits the park at 13th Avenue and Franklin Street, then heads up Franklin to Colfax Avenue. It then heads west on Colfax Avenue to Lincoln Avenue at Civic Center Park.

Denver7, a proud and official sponsor of Denver PrideFest 2019, will be participating at the annual parade.

How will the parade affect my drive and/or bus commute through the area?

You should definitely plan ahead if you need to get somewhere near downtown Denver this weekend.

The PrideFest’s 5K race and festival on Saturday will affect pretty much all bus routes and there will be minor detours around Civic Center Park. During the parade on Sunday, there will be an approximately three-hour closure along Colfax Ave.

Here’s a breakdown of which bus routes will be affected during PrideFest:

Denver Pride festivities won’t be the only ones affecting your commute, however. The Juneteenth Festival in the Five Points neighborhood will also affect some light rail lines.

Between 4 a.m. Saturday and 11:30 p.m. Sunday, light rail service on the L line will be affected by the Juneteenth Musical Festival and Parade in the Five Points neighborhood. Trains will not serve stations from 18th and California to 30th and Downing.

Instead, RTD will have a bus shuttle traveling between 25th and Welton and Downing Station on Saturday and Sunday. Route 12 will also be on a minor detour around E. 26th Ave. and N. Downing St. beginning at 10 a.m. Saturday, and the L line light rail train will not be in service. RTD officials said there will be a bus bridge from 18th and California to 30th and Downing. The light rail closure will be in effect during the Juneteenth Festival.

Yikes! So how do I get around if I want to go to PrideFest or downtown Denver?

If you want to get there fast, a rideshare is going to be the way to do it.

This year, Lyft is offering riders one free ride (up to $15) for the whole month of June from the Transgender Center of the Rockies, located at 3460 S. Federal Blvd., and the Center on Colfax, located at 1301 E. Colfax Ave.

Additionally, the rideshare company has several designated areas for pickup during PrideFest:


Want to bike there? Denver’s B-Cycle program has 700 bikes available at 88 locations in 10 neighborhoods close to downtown. You can purchase a 24-hour pass for $9 that will allow you unlimited trips to ride the bike from one location to the next, so long as those rides are 30 minutes or less.

If you’re using your own bike, you can park it around Civic Center Park – as no bicycles or unicycles will be allowed in the park – at the following locations:


But okay, you’re going with a group and you’re in a car. Where can you park? PrideFest recommends booking a parking spot through SpotHero, a parking reservation app you’ll need to download.

What about the weather? It’s Colorado, after all – and we know how crazy it can get!

That’s a good point, and this spring has been particularly crazy! But you shouldn’t worry too much, it won’t snow – so that’s a win, right?

Saturday morning should be pleasant enough for those running, walking, rolling or sashaying away at the 5K race. Temperatures should be in the high 60s by the time the race starts and you we can expect to see a high of 76.

By Saturday afternoon, however, things might start to get a little interesting. Expect afternoon and evening thunderstorms with some severe thunderstorms possible for parts of the Denver metro.

On Sunday, temperatures will be pretty much the same in the morning and highs will reach 78 degrees by the afternoon. Expect scattered thunderstorms to begin in the afternoon and last throughout the evening.

We suggest checking our Weather Page for the most up-to-date forecast.

Now that you know what to do, where to go and what to expect, we hope you enjoy Denver PrideFest 2019 because it’s surely going to be a blast. Happy Pride, Denver!

Pride across Colorado: Where to celebrate being out during LGBT Pride Month