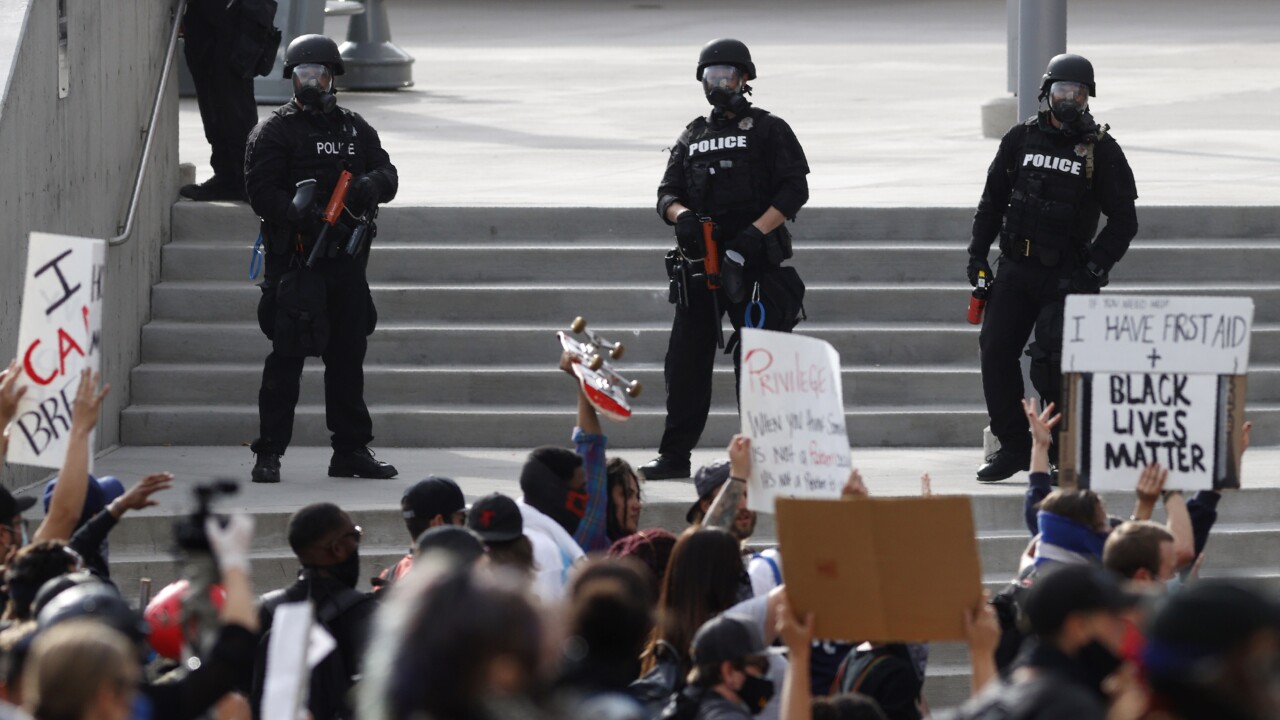 David Zalubowski/AP
Denver Police observe the crowd during a protest outside the State Capitol over the death of George Floyd, a handcuffed black man in police custody in Minneapolis, Saturday, May 30, 2020, in Denver. (AP Photo/David Zalubowski) 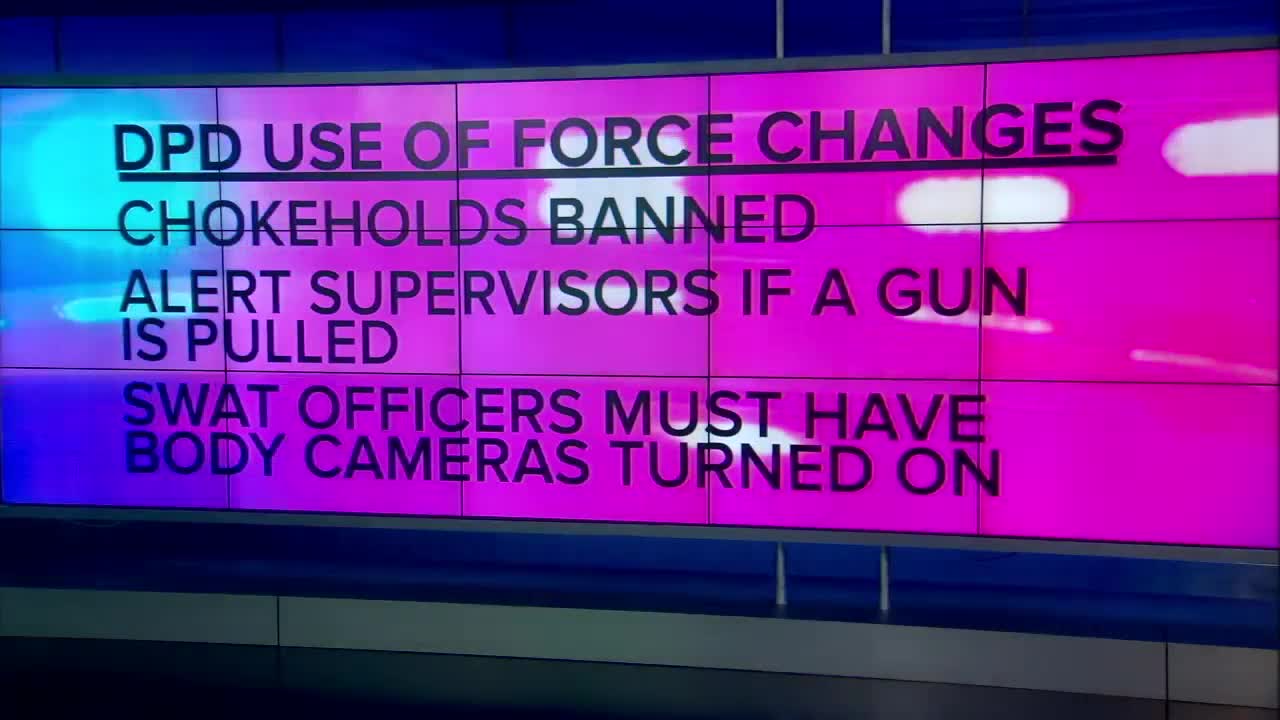 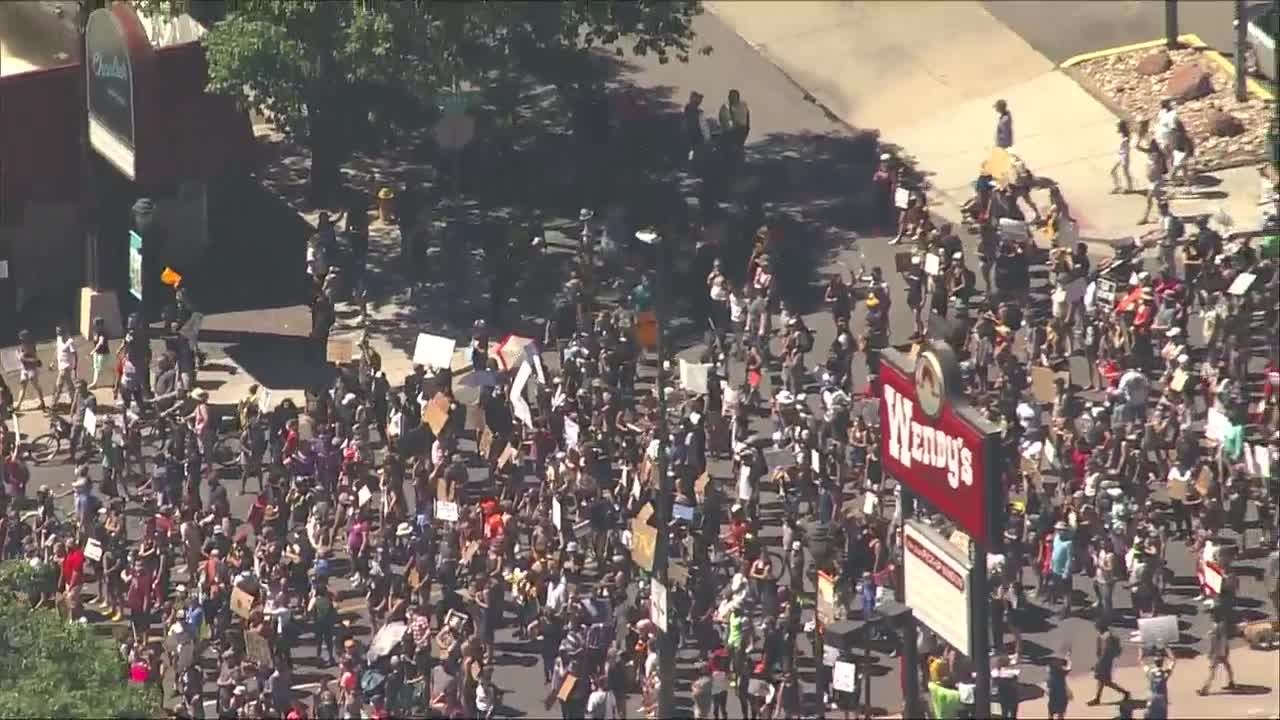 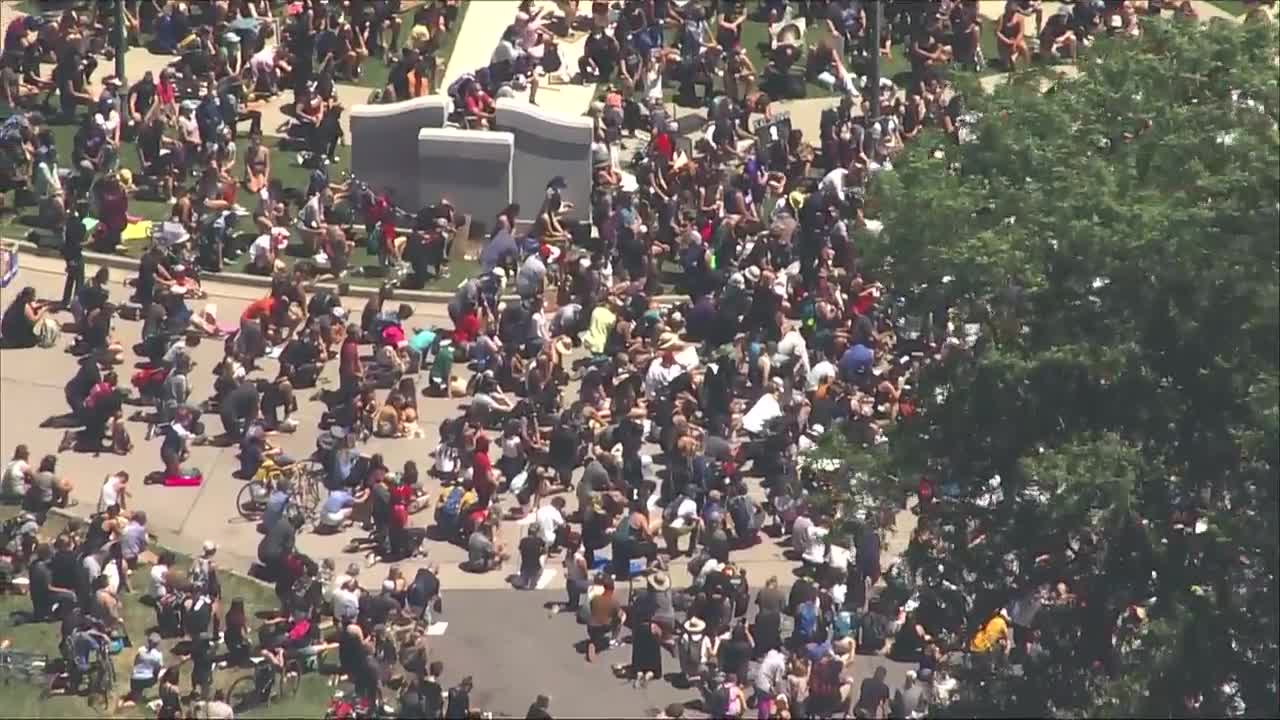 DENVER – The Denver Police Department on Sunday afternoon announced policy changes that clarify that officers are banned from using chokeholds, will require SWAT officers to use their body cameras and mandate that officers report to supervisors if they point a weapon at a person.

The changes come after a federal judge imposed a temporary restraining order limiting when officers can use certain types of less-lethal munitions and are effective immediately, the department said.

Per the updated policies, officers will not be able to use chokeholds or carotid compressions, “with no exceptions.” They will also have to report to a supervisor if they point a weapon at a person on purpose.

Previously, officers had been allowed to apply a chokehold or carotid compression only “if engaged in a lethal force encounter.”

Black Lives Matter protests have been ongoing for more than a week after a Minneapolis police officer put his knee on the neck of George Floyd, who is black, for nearly 9 minutes, killing him. Floyd's death was the latest instance of a black man dying while a police officer put pressure on their carotid arteries or airways.

The department says that once that report is made, a physical report would be created “to improve data collection and evaluation of these incidents.”

DPD officers and officers on the Metro/SWAT unit will also be required to turn on their body cameras “when executing tactical operations.”

Under previous policy, Metro/SWAT officers were to use their body cameras when performing patrol officer duties, but would “typically,” as the operations manual states, not use body cameras during tactical operations – though a commander or other higher-up could order they be used.

DPD Chief Paul Pazen said in an email to the Use of Force Committee, which was obtained by Denver7, that the chokehold ban came from a recommendation from the Center for Policing Equity.

“[C]onsistent with a recommendation from the Center for Policing Equity, we will be banning all chokeholds, removing all exceptions,” he wrote.

“I want to thank the committee for their work and look forward (to) engaging in further dialog on police reform,” he added in the email.

On Friday, a U.S. District Court of Colorado judge issued a temporary restraining order that says only lieutenants or higher ranks can order the use of less-lethal rounds, like pepper balls and tear gas, and for certain requirements to be met – such as officer-witnessed violence or types of destruction.

The changes Sunday also come as Democratic lawmakers work to pass a sweeping bill to address more-stringent policies on body cameras, reporting requirements and use of force within police and sheriff’s departments in Colorado, which has been promoted by leaders during the Denver demonstrations.

Saturday represented the fifth straight day of peaceful protests in Denver after police used pepper balls, tear gas, and foam bullets against demonstrators last weekend. They have mostly given space to demonstrators and blocked off roads during marches for the past several days.

Pazen said in a statement that the department would “continue to evaluate our policies with community input and make improvements as needed in the interest of public and officer safety.”