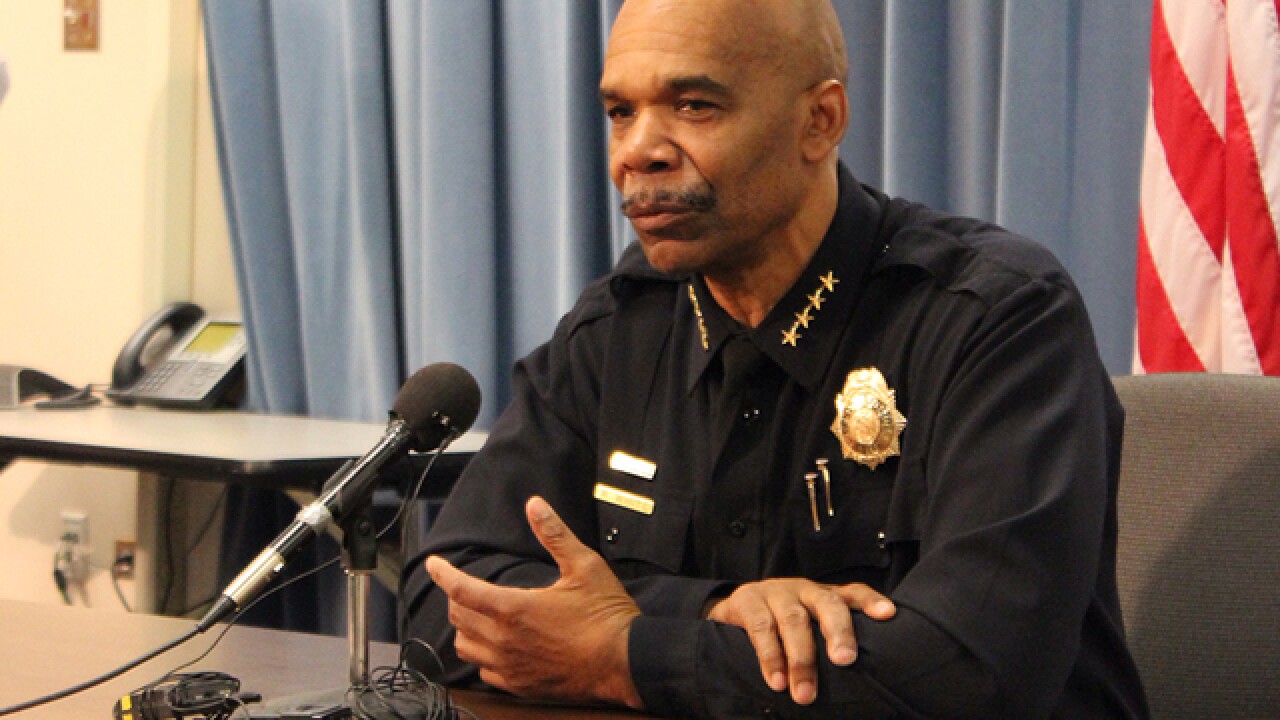 DENVER – An overwhelming majority of Denver police officers say they have no confidence in the ability of Chief Robert White to lead their department.

Rogers cited two particular incidents in connection to the “no confidence” vote. One involved allegations that White and Deputy Chief Matt Murray violated the state’s open records law in a sexual assault case involving a Denver police officer. The other was a car crash involving Chief White in late September. An investigation is underway to determine if White violated any department policies in relation to the crash.

When asked if the union has ever issued a “no confidence” vote before, Rogers replied, “Never.”

“We were forced to do something that we’ve never undertook [sic] before because we believe that the citizens deserve a better police department [and] a better administration,” Rogers said.

White issued the following statement in response to the vote:

I highly respect the men and women of the Denver Police Department. I am now and have always been committed to doing what is best for the community and the Denver Police Department. Having been a Chief of Police for 20 years, I understand that being Chief can come with scrutiny from those who may disagree with decisions being made or fully understand all aspects of the position.

DPD is a great police department, but we must always find ways to be better as an agency.  During my time in Denver, we have focused on improving our policies and culture, and these changes have been met with resistance by some. However, it is my responsibility to make the right, and sometimes controversial, decisions for the betterment of our department and city.  I am steadfast in my beliefs of service before self and will continue to do what is best for the residents of Denver.

Mayor Michael Hancock released a statement Tuesday as well, saying he had faith in Chief White:

“After six years of the same message from the union, I am not surprised by the PPA’s opposition to Chief White’s efforts to change the Denver Police Department’s long-held culture, but continue to believe it’s the right move for Denver.

"I can tell you that when I speak to our officers, I hear a much different story than the one spun by the PPA today. I continue to hold great confidence in Chief White and our police officers to protect the health and safety of our people.”