Denver police sergeant resigns, 2 officers suspended for use of force against teen in 2018 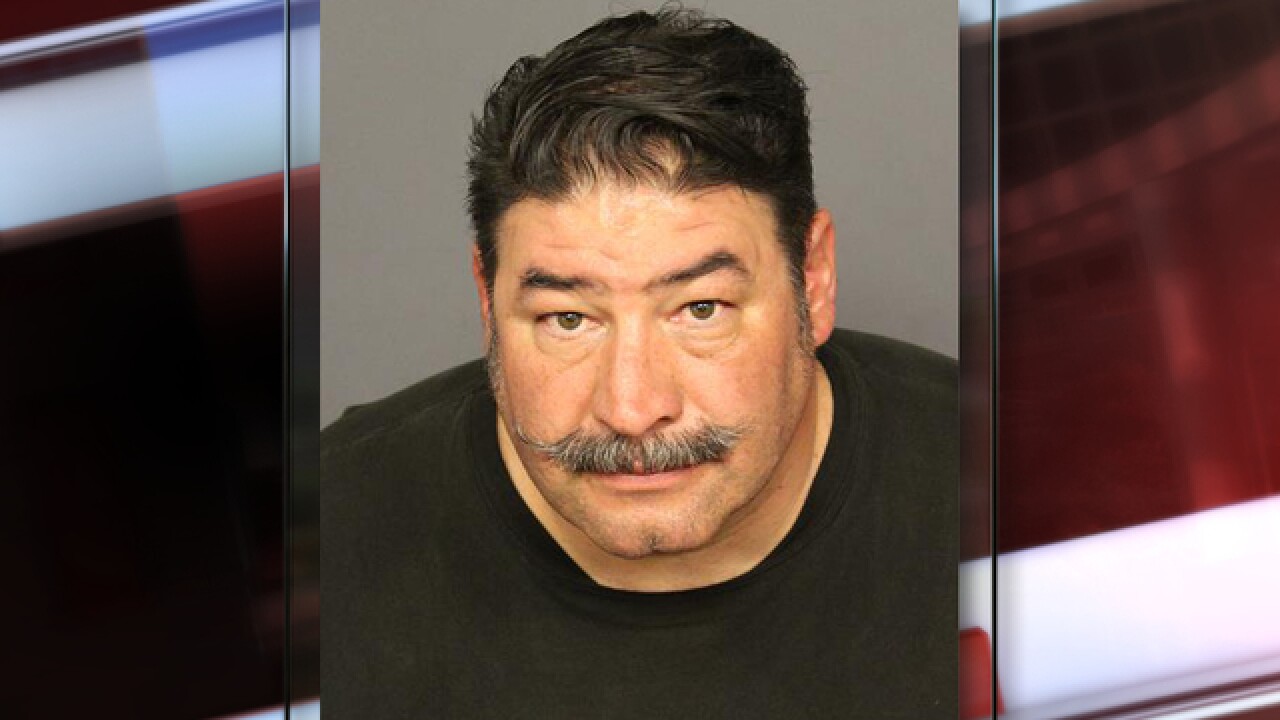 Copyright 2018 Scripps Media, Inc. All rights reserved. This material may not be published, broadcast, rewritten, or redistributed.
<p>DPD Sgt. Joseph Rodarte, 50, who has been with the department for 28 years, according to police records, was arrested for investigation on a felony second-degree assault with a deadly weapon charge but had not been formally charged by the Denver District Attorney’s Office as of Friday morning.</p>

DENVER – A Denver police sergeant resigned last month before he could be disciplined for severely injuring a teenager with a baton after the teen ran from officers in August 2018.

Sgt. Joseph Rodarte resigned after an internal affairs investigation but before he could be disciplined, Deenver Deputy Director of Safety Mary Dulacki said Monday. Denver7’s news partners at The Denver Post first reported his resignation on Monday afternoon and wrote that he would have been fired had he not resigned.

Rodarte was originally charged with two counts of assault relating to the chase and beating of the 17-year-old, which left the teen with two broken leg bones and a fractured nose. But a jury acquitted him of both charges last October.

According to police records, Rodarte and three other officers – two of whom were disciplined with suspensions following IA investigations – were called out to the area near Ruby Hill and the Overland Golf Course on a report that a man was yelling obscenities.

The officers eventually learned that the teen, who is Black and was unarmed, was “apparently experiencing a manic episode,” according to the affidavit. Internal affairs records show that the teen said he had taken LSD for the first time that morning and had been talking loudly about God “and the power possessed by humanity.”

He ran through several streets and a business in the area as officers chased him, and one officer tripped the teen.

That was when Rodarte hit the man six times with his metal police baton – in the face, back, and on his legs. The 17-year-old boy suffered a broken nose, broken right tibia and fibula, and a gash over his eye that required stitches.

In addition to his 2019 acquittal, state court records also show that Rodarte was acquitted of another second-degree assault charge in 1997 stemming from a June 1996 incident that also shows up in the internal affairs report, though no disciplinary action was taken against him.

After Rodarte was acquitted of the latest assault charges, a Denver District Attorney’s Office spokeswoman told Denver7 that prosecutors were “obviously disappointed” but that they respected the jury’s decision.

Two of the other officers involved in the chase and beating of the boy, Douglas Watson and James Martinez, have been suspended without pay for 10 days for deploying their Tasers on the 17-year-old as he struggled on the ground.

After Rodarte had hit the teenager several times with his baton, he started bleeding. The three other officers were told to put on gloves, but only one did, and that officer tried to handcuff the teenager as he struggled. During that struggle, and after Rodarte had hit the teen in the legs with the baton, his leg bones broke as he went back to the ground, according to the disciplinary report for Watson.

Rodarte then gave permission for Watson and Martinez to use their Tasers on the teen as he was put into handcuffs. Officers at the scene that day said that the teen was being defensive, and Watson and Martinez said they used their Tasers “to prevent his escape,” as Martinez recounted to investigators. Rodarte also confirmed that he allowed the officers to use Tasers “to stop him from rolling and possible accessing a weapon and to get him into custody,” he told investigators.

Watson also told investigators that he believed the teen showed “excited delirium” and that he was only following Rodarte’s orders to use the Taser, though Dulacki wrote in the discipline letter that Watson had asked Rodarte if he should use the Taser, and thus it was not an order. Even if it had been, Dulacki wrote, the order would have violated the department’s use-of-force policy.

“The problem with this arrest was tactical,” Dulacki wrote in the discipline letters for both Watson and Martinez. “The only officer prepared with universal precaution gloves to handcuff a bleeding suspect was Officer Ocampo. No other officer was carrying these gloves which resulted in no other officer being able or willing to gain control of the [juvenile male]’s other arm. … It is neither reasonable nor necessary to use a Taser on an unarmed suspect on the ground who was under another officer’s partial control.”

The two officers’ suspensions are set to begin on Sunday, July 12.