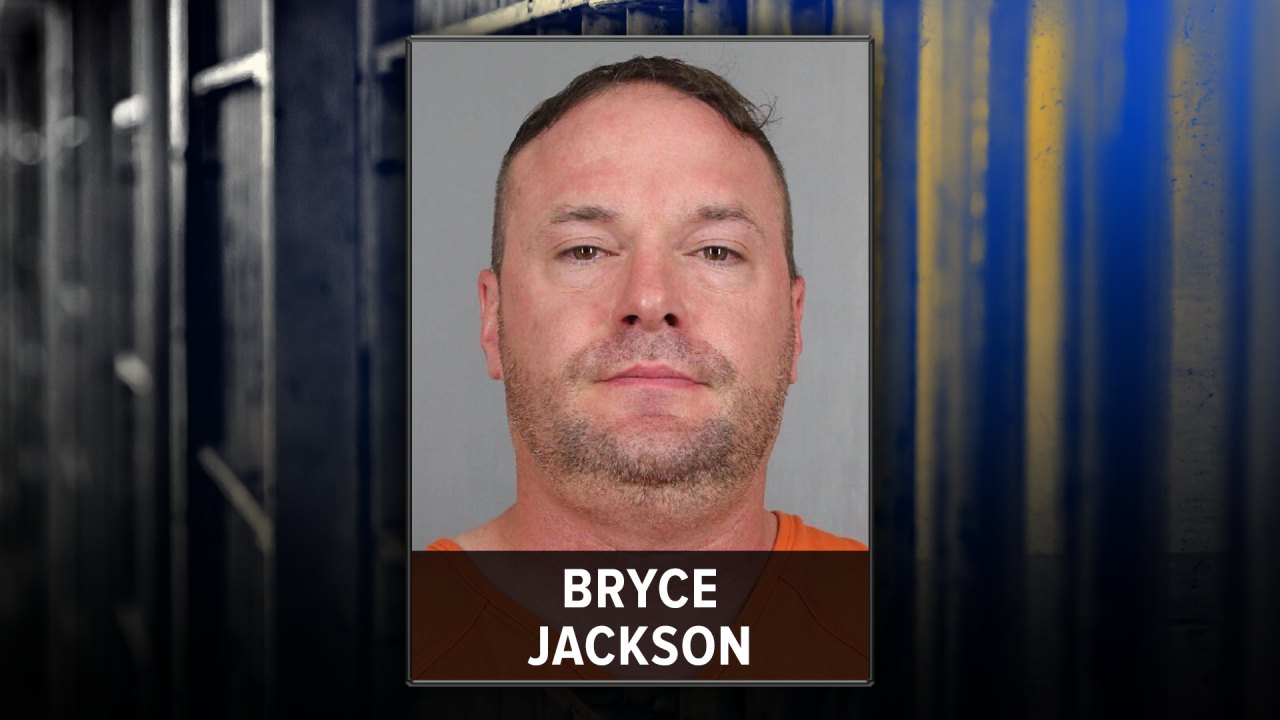 Copyright 2020 Scripps Media, Inc. All rights reserved. This material may not be published, broadcast, rewritten, or redistributed.
Denver Police Sgt. Bryce Jackson has been arrested on multiple charges, including DUI, after allegedly driving an unmarked police car through the scene of a fatal crash on Interstate 25.

GREENWOOD VILLAGE, Colo. — A Denver police sergeant has been arrested on multiple charges, including DUI, after allegedly driving an unmarked police car through the scene of a fatal crash on Interstate 25.

On Wednesday around 8:30 p.m., officers with the Greenwood Village Police Department were working at the scene of a multi-vehicle fatal crash on northbound Interstate 25, just north of the exit for Arapahoe Road. Seven vehicles were involved in the crash. Two motorcyclists — later identified as Jerry Essex, 32, and Alexander Djanfada, 25 — died from the crash, according to Crystal Dean with the police department. At the time of the crash investigation, all northbound lanes of I-25 were closed to traffic and multiple police had activated their vehicles’ red and blue lights, according to the Greenwood Village Police Department.

While investigating, police saw a dark-colored Chevy driving toward the crash site.

The driver of the Chevy somehow got onto the highway from the northbound onramp, despite the full closure, according to the Greenwood Village Police Department and an affidavit for the man's arrest.

Police with Greenwood Village recognized signs that Jackson may have been intoxicated, so they began a DUI investigation.

Though he denied drinking any alcohol, he refused sobriety tests at the scene and then refused a chemical test after being taken into custody, according to an affidavit.

Officers wrote in the affidavit they found an open pint-sized bottle of alcohol that had been partially consumed. They also found a .380 caliber handgun in a backpack in the backseat.

Jackson was arrested on charges of driving under the influence of alcohol, prohibited use of weapons, careless driving and having an open container of alcohol in a motor vehicle.

He was booked into the Arapahoe County Detention Center.

The Denver Police Department said that Jackson was on an "offline assignment" while the investigation is pending.

No other details were available regarding the crash as of Monday morning. It remains under investigation.