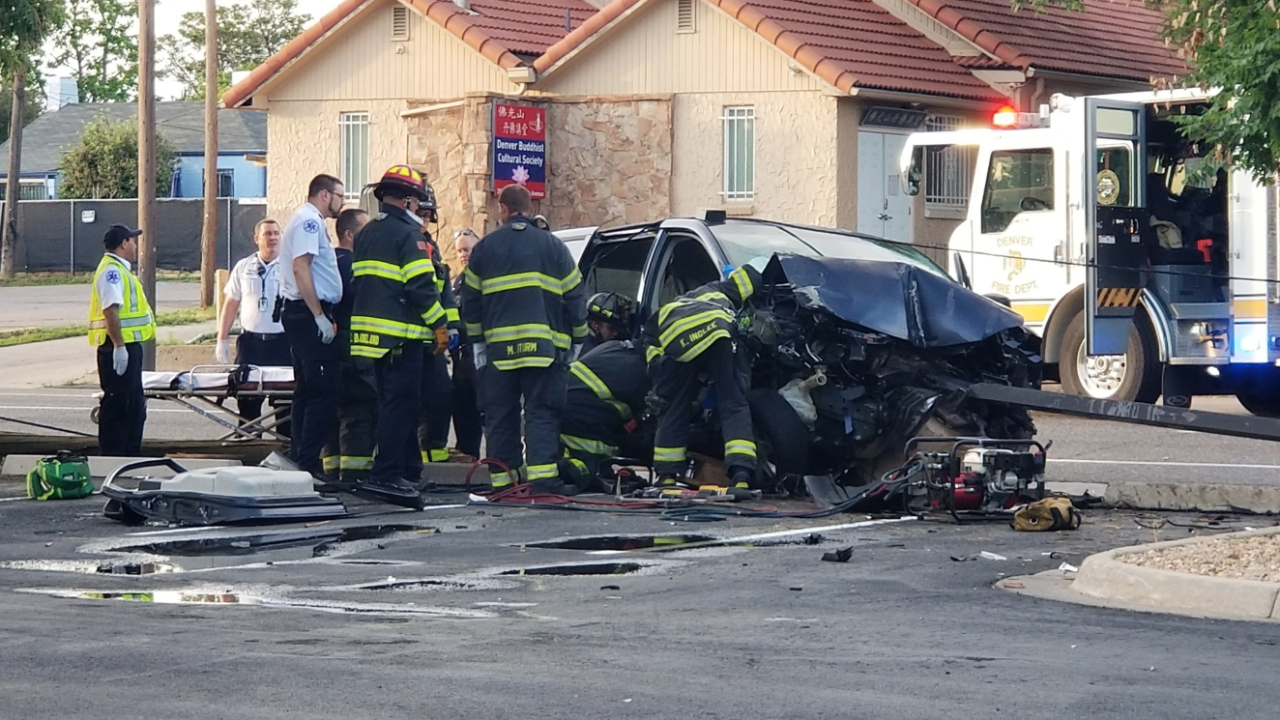 DENVER — Two people were transported to a local hospital and two dogs were killed after a car crashed in Denver.

Shortly after 6 a.m. Monday, authorities responded to a car that had crashed into a power pole at S. Bryant Street and W. Alameda Avenue in Denver.

Both the driver and the passenger were transported to a local hospital. One of them may have had serious injuries, police said. Two dogs that were also inside the car died in the crash. A third dog, which authorities said had three legs, survived the crash.

Officers at the scene said DUI is suspected, but the investigation is in its preliminary stages.

The crash did not cause any power outages in the area.