Denver Police Officer John Adsit retruns to the force after being hit, dragged by car 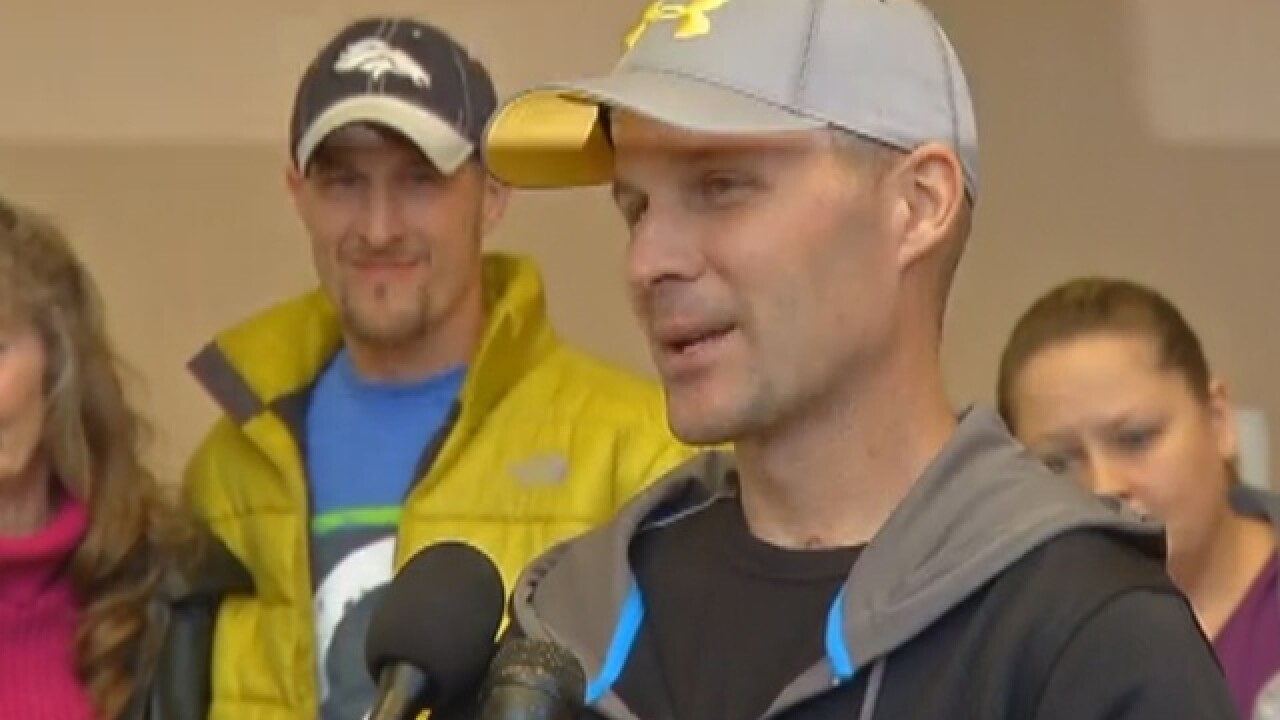 DENVER - The Denver officer hit and dragged by a car during a student protest will be returning to work.
Officer John Adsit will be reporting back to work with the Denver Police Department Wednesday. Denver police said the 9-year veteran of the force would be on limited duty as he transitions back.
Adsit and two other officers on bike patrol were struck and dragged by a car driven by Christopher Booker while the officers were monitoring a student protest on East Colfax Avenue in December 2014.
Two of the officers with Adsit escaped serious injuries. Adsit was hospitalized for several months and needed more than a dozen surgeries.  Booker later pleaded guilty to vehicular assault.
Officer Adsit doesn’t remember getting hit that day. He does know he is one lucky man. HALO cameras captured the collision.
“I really didn’t believe what happened that day until I saw the HALO video myself. I’ve probably watched that video more than anybody I know,” Adsit said.
He has scars on his hands from all the surgeries and says he still has limited movement in his left arm because of damage to his radial nerve. His left leg has blood flow issues. That’s where his femoral artery was severed.
“Mentally, I’m doing really well, and physically I’m pushing myself every day; I was able to run three miles since the accident,” he said.
His faith and his family are what boost him, as does his fellow officers who have stood by him and supported him during his recovery.
And now, with his organization Adsit Strong he wants to raise funds to help other first responders who are in recovery, like Sergeant Tony Lopez who was shot three times and survived.
This year’s Adsit Strong “Rise and Run” event will benefit Lopex.
“It’s in honor of him. We’re going to help his family out a bit, but he wants to pay it forward just like I do," he said.
The Rise and Run event is September 17 at Foundry Church in Castle Pines North. The cost to participate is $45. You can walk, run or race and it is open to everyone.
Copyright 2016 Scripps Media, Inc. All rights reserved. This material may not be published, broadcast, rewritten, or redistributed.