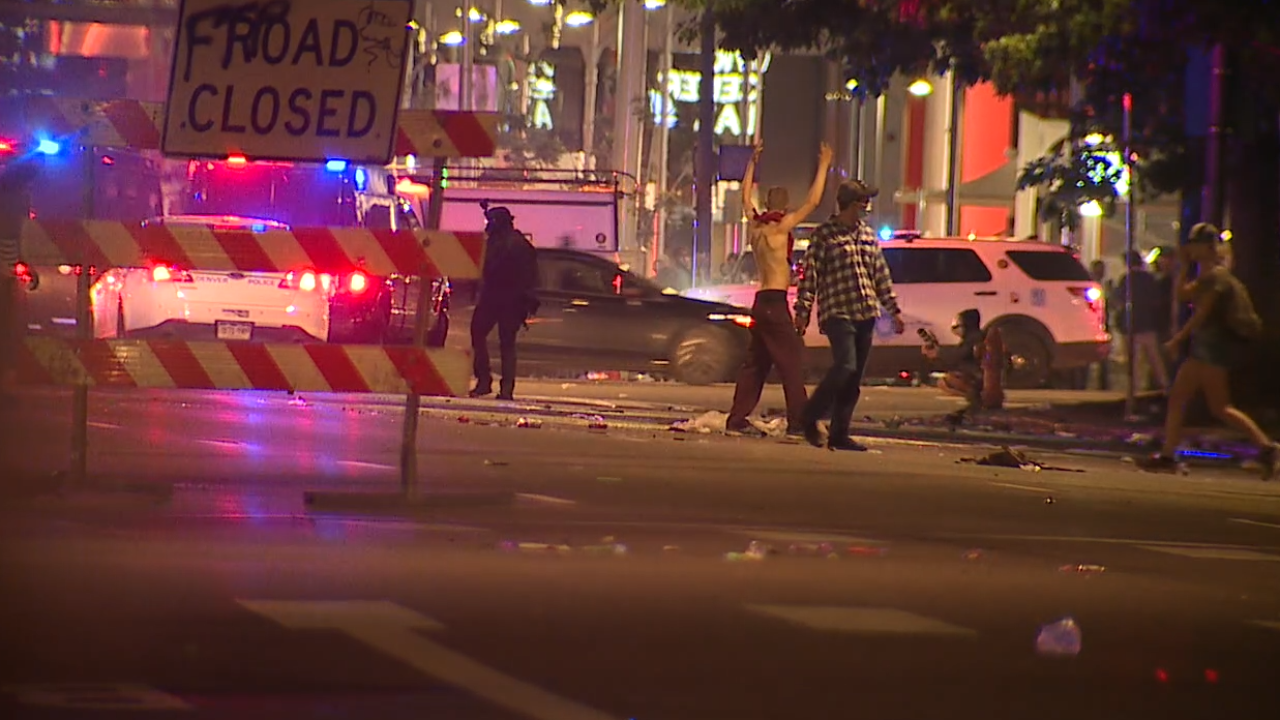 DENVER — More than 80 people were arrested for ignoring Denver’s 8 p.m. curfew during protests Saturday night, according to the Denver Police Department.

Officers arrested 83 people for curfew violations, and police said some of those detained had additional charges for throwing missiles, damaging property and having prohibited weapons.

Some of the weapons confiscated during the arrests included a handgun with a loaded magazine and baseball bat, according to police.

Saturday’s protest for George Floyd started out peaceful during the day but turned tense in the evening hours, a similar scenario that has played out as a third consecutive night of violent protests gripped the city.

There were several small fires and instances of fireworks, and crowds of protesters built makeshift fences to try to hold their ground as officers began to enforce the curfew.

Three Denver police officers and a civilian were severely injured after a car struck a police vehicle at 16th Avenue and Logan Street Saturday night, police said. Authorities say two of the officers are out of the hospital. A third officer remains in the hospital, but all three are expected to recover fully.

Denver Police Chief Paul Pazen said a "vehicle of interest” had been located in connection with the hit-and-run crash, and later police tweeted that a suspect had also been located. The suspect's identity has not been released. Police said no other suspects are being sought at this time.

Pazen would also reach out to the community of protesters, asking for dialogue and not violence.

“We thank those who let their voices be heard in a constructive manner and look forward to continued conversations where we can address the issues,” said Chief Pazen. “We see you, we hear you and we are asking for your help. Let’s work together.”

At 8 a.m. Monday, employees from the city’s Division of Solid Waste Management will be stationed at Civic Center Park under a purple “Denver Recycles” canopy to provide trash bags, trash pickers and other cleaning supplies for those who wish to help clean the park. Volunteers are encouraged to bring their own filled water bottles, use sunscreen, wear a hat and face covering, and bring gloves if they have them. Denver Parks & Recreation will also provide volunteers to assist with the effort.