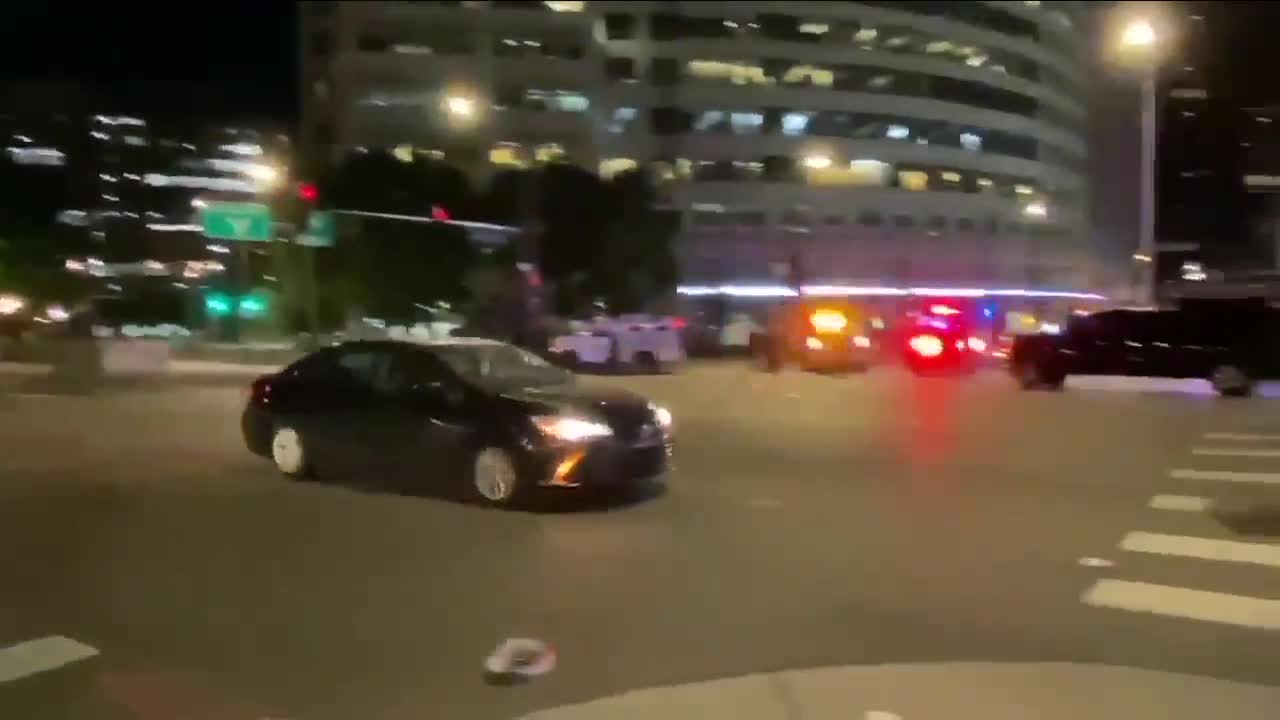 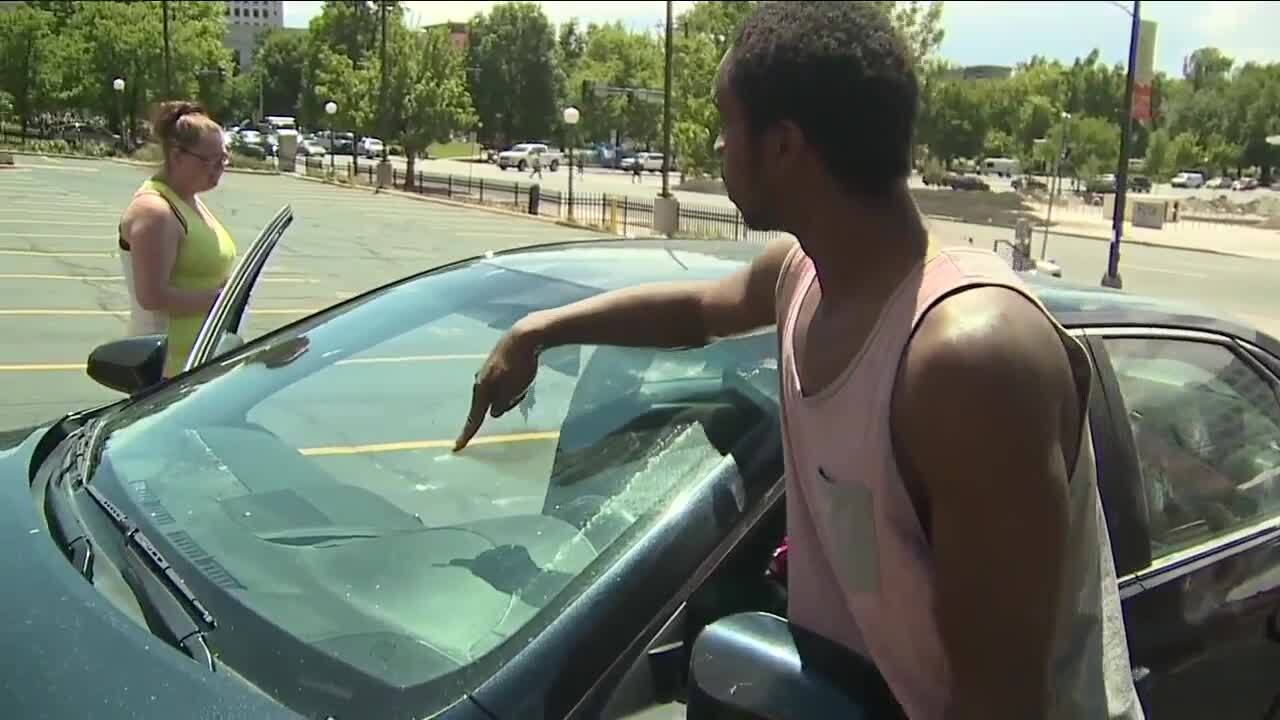 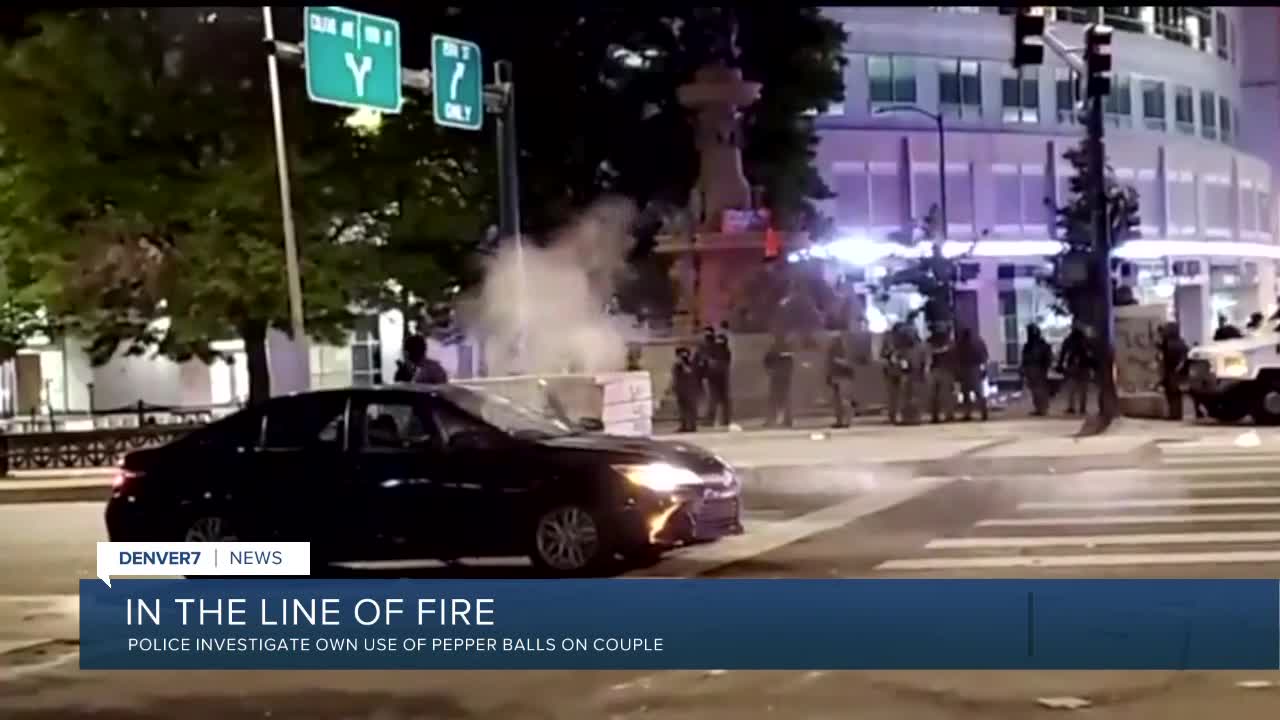 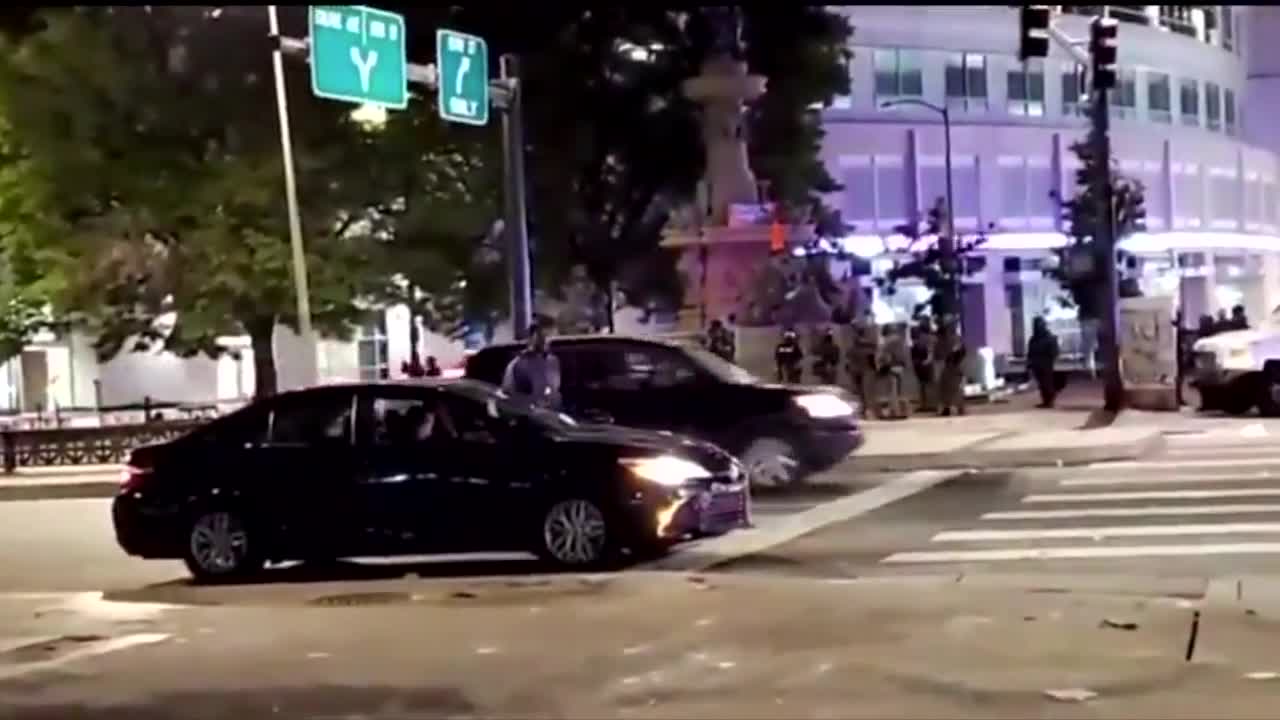 DENVER — The Denver Police Department is investigating a viral video of officers shooting pepper balls at a man and his pregnant fiancée as they drove downtown.

The department announced the investigation on Thursday afternoon on Twitter.

According to the police department, the complaint was filed by Denver Police Chief Paul Pazen. The people involved in the video had not come forward or filed a formal complaint as of then, the department said.

DPD tweeted this out at 3:42 p.m. At 4:18 p.m., the department said that the couple had been identified and police were trying to contact them. It was not yet clear on Friday morning if they had connected with the couple.

On Monday, Denver7 talked with the couple seen in the video.

As police tried to control the crowd on Sunday night, Shaiitarrio Brown and his pregnant fiancée Brittany King found themselves caught in the middle of the action as they tried to deliver a pizza through DoorDash.

“I was scared. I didn’t know what to think. I know I had my window down and when the first shots came in, it hit my hand because I tried to cover my face,” King said.

The couple said they were hit multiple times by the pepper balls, so they pulled over and got out of the car.

“Now sitting in (the car) now, days later, we still burn and still itch from having to sit in it,” Brown said.