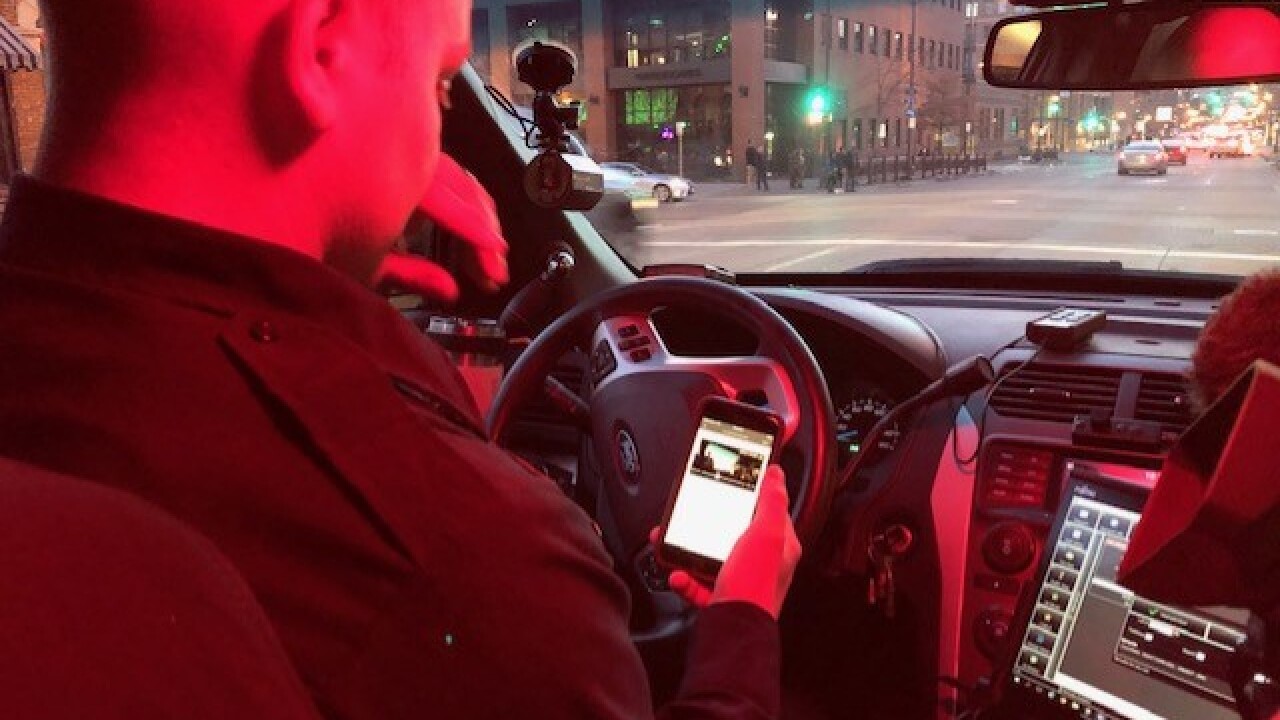 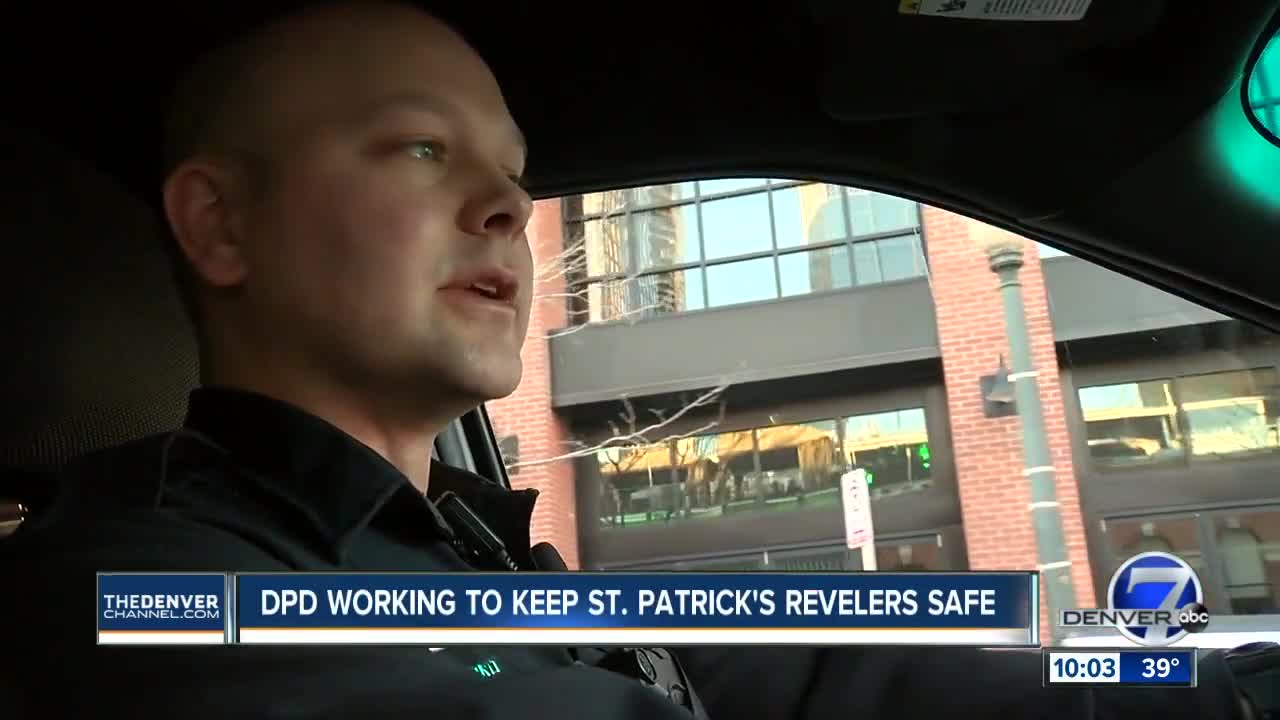 DENVER -- Denver police brought in both the Gang and DUI units this weekend to help keep St. Patrick's Day revelers safe in the LoDo area.

They also placed portable generators and spotlights at a few corners along Market Street, near the area where one person was killed and four others injured during a shooting last Sunday.

"Everybody is safe," one reveler told Denver7.

Thousands of people poured into LoDo dressed in green, and ready to spend green on green-hued beer Saturday night.

While most celebrated without incident, there was some minor violence.

A Denver7 news photographer observed a couple of fights near 20th & Larimer around 8:10 p.m., and police scanners mentioned another fight nearby, involving upward of 15 participants.

During a ride-a-long, Officer Aaron Botts said it can get crazy at times.

Botts is one of 20 officers who were assigned to a large scale "saturation patrol," looking for people who were driving while impaired. He said they normally have five officers assigned on a weekend night.

"We typically don't see many DUI's until about 11 p.m. on Fridays and Saturdays," he said, "but we can see them earlier on holidays."

Bott's supervisor told Denver7 that some years are busier than others.

He said on a typical weekend night, DPD arrests about nine or so drivers for DUI.

That number can be higher during holidays, like St. Patrick's Day

Botts said the goal of the saturation patrol is to prevent accidents that can cause injuries or fatalities.

It turns out the driver wasn't impaired, but was an Uber or Lyft driver with passengers in the car.

Botts gave him a "warning ticket."

The officer said there can be several telltale signs that a driver is under the influence, or impaired.

In addition to failing to obey traffic signs, he said impaired drivers sometimes straddle lanes, or swerve in and out of a lane.

He also said they are often so focused on trying to stay in their lane, that they don't pay attention to the speed limit.